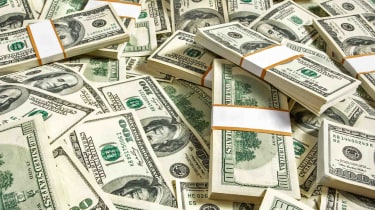 Value stocks that pay rising and reliable dividends might not be sexy, but if they're good enough for two of the wealthiest people on the planet, you might want to take a look, too.

Bill Gates is the richest person in the world, with a net worth of $86 billion, according to Forbes. Warren Buffett, arguably the greatest investor of all time, has a net worth of $76 billion. In addition to a friendship and commitment to charitable causes, Microsoft (symbol MSFT) co-founder Gates and Berkshire Hathaway (BRK.B) chairman Buffett share an affinity for relying on big, solid dividend stocks as the foundation of a buy-and-hold portfolio.

We sifted through the respective holdings of Gates and Buffett looking for dividend stocks with a promising combination of value, yield and dividend growth. Keep in mind that these are not simply the stocks with the highest yields. After all, there's more to long-term dividend investing than that. Notes Harvey Malovich, co-founder of dividend-tracking website Longrundata.com, of our 10 stock picks: "While some of their yields are low, it's their dividend growth rates that make them shine."

Data is as of April 14, 2017, unless otherwise indicated. Click on symbol links for current share prices and more.

(Stocks are listed in alphabetical order. Dividend yield is calculated based on the last four quarterly dividend payments. Analyst stock ratings are per Zacks. Ten-year annualized dividend growth rates supplied by Longrundata.com. The average dividend growth rate for qualifying stocks in the Dow Jones industrial average is 11.1%. Gates's holdings were identified with the help of S&P Global Market Intelligence and through regulatory filings, and represent stocks held by the Bill & Melinda Gates Foundation Trust as well as by Gates's personal wealth management firm, Cascade Investment. Buffett's holdings represent the shares owned by Berkshire, as determined by regulatory filings, annual reports and other public disclosures.)

Look no further than American Express to understand just how serious Warren Buffett is about investing for the long haul. He picked up his initial stake in the credit card company in 1991, when a struggling AmEx badly needed capital. Berkshire obliged, getting favorable terms on its investment. At the end of 2016, Berkshire owned nearly 17% of AmEx’s outstanding shares. Buffett has played the role of white knight many times over the years, including during the 2008 financial crisis, as a means to get stakes in good companies at a discount.

Buffett doesn’t deserve all the credit for all of Berkshire’s investments. The decision to buy Apple shares last year was likely made by one of Buffett's stock-picking lieutenants, either Todd Combs or Ted Weschler. Apple does have some of the attributes Buffett has said he likes: It's a leader in its market, and it has a ton of cash at its disposal. The stock was also trading at lower prices when Berkshire did much of its buying throughout 2016. After a long layoff, Apple resumed its dividend in 2012.

*Estimated current stake based on Buffett’s public statements in early 2017, according to the CNBC Berkshire Hathaway Portfolio Tracker. At the end of 2016, according to Berkshire’s annual report, the company held 61.2 million shares of Apple.

Buffett famously watched Coca-Cola for 52 years before investing in the stock. He finally took the plunge in 1988. “We expect to hold these securities for a long time,” Buffett wrote back then of his new stake in Coke in a letter to Berkshire shareholders. “In fact, when we own portions of outstanding businesses with outstanding managements, our favorite holding period is forever.” As of December 31, 2016, Berkshire owned more than 9% of Coca-Cola’s outstanding shares.

Ecolab provides water treatment and other industrial-scale maintenance services for the oil and gas industry. That means its fortunes wane when energy companies cut their spending in response to falling oil and gas prices. The current yield is modest, but over the long haul Ecolab has proved to be a winner, thanks in large part to a dividend that dates back 80 years. Indeed, the company's dividend prowess has earned it membership in the so-called Dividend Aristocrats, a group of Standard & Poor’s 500 stocks that have raised their dividends annually for at least 25 years in a row.

Berkshire’s stake can be traced back to the lifeline that Buffett threw to General Electric in 2008. At the time, GE’s finance arm was suffering the same as other big banks. "The GE investment resulted from Buffett's reputation and personal relationships, and Berkshire's very large cash position during the financial crisis,” says David Kass, a professor at the University of Maryland's Robert H. Smith School of Business who studies Buffett and is a Berkshire shareholder. But Buffett wouldn't have stepped in if he didn't believe in the company. "GE is the symbol of American business to the world," Buffett said at the time. "I am confident that GE will continue to be successful in the years to come." The company slashed its dividend during the Great Recession, explaining its negative growth rate for the past decade. However, the dividend has been on the mend since bottoming out in 2010. The annualized dividend growth rate for the past five years is a healthier 8.8%. GE has paid a dividend every quarter since 1899.

Longtime Berkshire watchers were surprised when the company revealed this stake in 2011 because Buffett had shown little interest in technology stocks. But after reading IBM’s annual reports for more than 50 years without buying a single share, he was finally swayed by what he saw closer to home. "We went around to all of our companies to see how their IT departments functioned ... and I just came away with a different view of the position that IBM holds within IT departments and why they hold it and the stickiness and a whole bunch of things," Buffett said at the time. Berkshire owned 8.5% of IBM’s outstanding shares as of December 31, 2016. And while the share price has been stagnant since Buffett started amassing his stake, IBM’s dividend has doubled in just a few short years.

Shipping giant UPS (along with chief rival FedEx (FDX)) has long enjoyed a wide moat that protects it from would-be competitors. Building a global delivery network is complicated and enormously expensive. Analysts at UBS say Amazon.com (AMZN) could emerge as a formidable rival in the package-delivery space in the not-so-distant future, but for now UPS’s business appears safe. So too does its dividend, which UPS has raised every year since 2002, with the exception of 2009, when it kept its payout steady as the global economy struggled to recover. The Bill & Melinda Gates Foundation Trust also holds about 3 million shares of FedEx, which has a good track record of regular dividend hikes.

The nation's largest drugstore chain by store count is about to get even bigger. A deal to buy Rite Aid (RAD) is expected to close later this year, adding thousands more locations to the 13,000-plus stores that Walgreens already operates in 11 countries. Tracing its roots back to a single drugstore founded in 1901, Walgreens has boosted its dividend every year since 1975. It merged with Alliance Boots in 2014 to form the current company.

Buffett’s Berkshire seemingly threw in the towel on Walmart last year, selling off most of its stake by the end of 2016. The chief problem facing Walmart: Relentless competitive pressure from online retailer Amazon. But Gates is holding tight, at least for the moment. "I would be surprised if [Cascade Investment chief investment officer Michael] Larson sticks around with Walmart beyond the next year or two, but there's not a great urgency to exit Walmart today,” says Brian Bollinger, president of Simply Safe Dividends. “The stock's price-earnings multiple is at a double-digit discount compared to the broader market, and Walmart still enjoys a defensive, recession-resistant business." Take added comfort in the fact that the company has raised its dividend every year for 44 years in a row.

Waste Management controls 30% of the waste collection market, 47% of the landfill market and 63% of the waste transportation market, according to CSI Market. More importantly, its revenues aren’t particularly sensitive to economic cycles for one simple reason: There will always be garbage. That steadiness has helped the company raise its dividend every year since 2004, a span that included the Great Recession. The company also generates buckets of cash (after operating expenses and capital spending), which should keep the payouts coming. Gates holds Waste Management shares both in the foundation trust and with his personal wealth management firm, Cascade Investment.

Here are 13 dividend stocks that each boast a rich history of uninterrupted payouts to shareholders that stretch back at least a century.
Is the Stock Market Open on Thanksgiving and Black Friday 2020?