The Dow Announces Its Biggest Shakeup Since 2013

The Dow Jones Industrial Average will replace three of its components, including its longest-serving member, at the end of August.

The Dow Jones Industrial Average will lose its longest-standing component as part of the blue-chip index's biggest shakeup in years.

S&P Dow Jones Indices, the global index provider that oversees the Dow Jones Industrial Average, announced late Monday that the venerable index will replace three of its components as of the market open on Monday, Aug. 31.

The move was made in part to "diversify the index by removing overlap between companies of similar scope and adding new types of businesses that better reflect the American economy."

Joining the Dow will be:

Leaving the DJIA will be:

The Dow has announced one-off changes over the past few years, such as Apple's (AAPL) replacement of AT&T (T) in 2015, and Walgreens Boots Alliance's (WBA) replacement of General Electric (GE) in 2018. But this is the largest multi-component swap since 2013, when Goldman Sachs (GS), Nike (NKE) and Visa (V) replaced Alcoa (AA), Bank of America (BAC) and Hewlett-Packard.

Apple's Part in the Dow's Reconstitution

Kiplinger previously pointed out that Apple's upcoming 4-for-1 stock split could have a negative effect on the Dow, and indeed, S&P Dow Jones Indices cited the split as its reason for taking action.

Remember: The Dow Jones Industrial Average is weighted by price, which means the higher the nominal share price, the more effect the stock has on the index's performance. This stands in contrast to the S&P 500 and many other major indices, which are weighted by market value – the more valuable the company, the higher its index weight.

Apple currently is the largest component of the Dow by virtue of its $500-plus share price, which is almost $200 per share more than the second-largest component, UnitedHealth Group (UNH). However, once AAPL shares start trading on a split-adjusted basis Aug. 31, that price will drop down to about $125 per share.

"Overall, the Apple split alone will reduce the weighting of information technology from 27.63%, down to 20.35%," says Howard Silverblatt, Senior Index Analyst for S&P Dow Jones Indices. "On an issue basis, Apple will decline to a 3.36% weighting from their pre-split 12.20% (a 72.48% reduction), as the reallocation will increase the weight of each of the other 29 issues by 10.07%."

In other words, despite being a nearly $2 trillion company, Apple will be relegated to the middle of the pack, as the 17th-largest holding, because of its share price. That forced S&P Dow Jones Indices to make some sort of change to better represent the American economy.

Tech Is King, Energy Is Sapped

Information technology has become the market's most dominant sector at more than 28% of the S&P 500. Apple's reduction in value prompted the Dow to add more weight to tech, which it did via Salesforce.com. CRM shares, at nearly $210 per share, will become the sixth-largest Dow component at roughly 5% of the industrial average's weight.

The Dow also addressed a need in health care, which is the second-largest sector at 14.2% of the S&P 500's weight. The DJIA added Amgen – the maker of Enbrel and Neulasta, which trades around $235 per share currently – in lieu of Pfizer, a massive pharmaceutical by market value, but the Dow's smallest component thanks to a roughly $39 share price.

Meanwhile, adding Honeywell (~$160 per share) gives the Dow a little more exposure to industrials than Raytheon Technology (~$62 per share).

But perhaps S&P Dow Jones Indices' most noteworthy move was cutting its exposure to the energy sector by booting Exxon Mobil, the Dow's longest-tenured component. That leaves Chevron (CVX) as the index's lone remaining energy holding.

Energy has dwindled in importance in recent years thanks to multiple commodity-price shocks and the resulting drops in its components' value. The sector, off 34% year-to-date as a sector, currently is the smallest slice of the S&P 500 pie at just 2.4%.

Still, while the Dow might paint a more accurate picture of the economy by dropping XOM, the index also loses a part of its rich history.

"Integrated oil and gas giant ExxonMobil has been a member of the Dow since Oct. 1, 1928, which is when the index was expanded from 20 components to 30 components," S&P Dow Jones Indices writes. "However, in the records of this historical event, Exxon's name is nowhere to be found: Back in 1928, the company was known as Standard Oil Co. of New Jersey. The company wasn't unveiled to the world as 'Exxon' until 1972, and it didn't become ExxonMobil until its megamerger with Mobil in 1999."

The 2020 election likely will be a pivot point for several areas of the market. Here are 13 of the best stocks to own should President Donald Trump wi…
13 Best Stocks to Buy If Joe Biden Wins the Presidency

If Joe Biden emerges from the Nov. 3 election victorious, these 13 picks could be some of the best stocks to own under the new administration.
Hedge Funds' 25 Top Blue-Chip Stocks to Buy Now 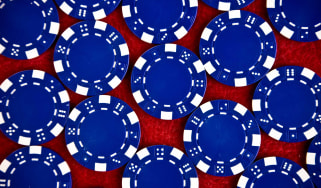 Hedge funds historically have loaded up on blue-chip stocks, and that's still true today. Here, we examine the smart money's favorite stock picks and …
All 30 Dow Stocks Ranked: The Pros Weigh In 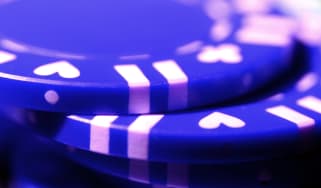 All 30 Dow Stocks Ranked: The Pros Weigh In

The Dow Jones Industrial Average is made up of 30 blue chips that are tops in their industries. But some Dow stocks are better opportunities than othe…