More Jobs Come Back, But Recovery May Be Slowing 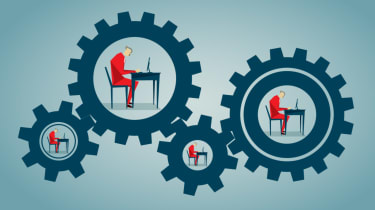 More workers returned to employment in June, with 4.8 million added to payrolls, almost double May’s gain. Industries with the biggest losses in March and April, such as food service, had the biggest gains in May and June. The number of workers who had their hours cut dropped in June, and total hours worked increased by 3.6%.

The unemployment rate dropped to 11.1%, from 13.3% in May. The issues that the Bureau of Labor Statistics was having in correctly counting the unemployed were greatly diminished in June’s report, so the reported unemployment rate is close to correct now.

However, there is a long way to go for the labor market. Total unemployment is still 11.8 million higher than in February. Five million more people are still out of the labor force now than in February. Another five million are still working reduced hours. Employment continues to fall in certain industries that are not recovering well: Oil and gas, air and rail transportation, nursing homes, utilities, and many state and local governments.

And the recovery may be slowing. For the fourth week in a row in June, initial unemployment claims were roughly 1.5 million. The coronavirus surge in the South and West could hamper hiring in July.

As more workers return, wage growth will likely be subdued. Hourly earnings rates are elevated right now because so many low-paid workers were laid off that it caused the average wage rate to jump for people who were still employed. As those low-paid jobs come back, the still-high unemployment rate is likely to lower wage growth from the 3% to 3.5% trend seen before the coronavirus crisis.