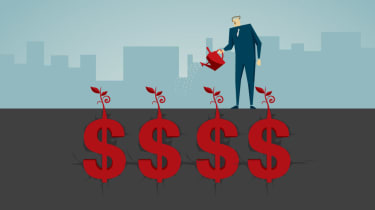 GDP growth in the upcoming first quarter of 2021 is likely to slow significantly. Any fiscal stimulus deal in Congress will not be in time to impact the first quarter much, and the beneficial effects of vaccines on the economy are likely to be felt mostly in the second half of the year.

GDP grew by a phenomenal 33.1% in the third quarter, bringing the economy back to only 3.5 percentage points below its prepandemic level. Consumer spending on durable goods soared 82.9%, to a level that is now 11.9% above the prepandemic level. Business purchases of equipment surged 66.6%, and housing 62.3%. Exports and imports both leaped, but imports were up more, so the trade balance worsened. The only negative notes were a 15.8% drop in nonresidential building, and a 6.2% decline in government spending, mostly related to the conclusion of the stimulus payments to consumers and the Payroll Protection Program loans and grants to business.

The intensifying pandemic in much of the country right now will likely keep fourth quarter growth to 3% or less. As a result, the economy likely will not return to its prepandemic level until next year.

There are two factors that could boost GDP growth in 2021. First, it seems possible that another large fiscal stimulus package will pass Congress sometime in the next three months.

Second, consumers are still saving an awful lot of money. While the consumer savings rate declined to 13.6% in October, it is still well above its normal level of 7.5%. For the year so far, consumers have saved 16.8% of their disposable income, and will have plenty of cash saved to boost spending on services back to normal levels quickly, after the pandemic is brought under control.