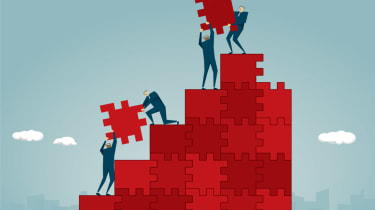 Capital spending is still on a roll, rising 1.5% in August, fully regaining its prerecession level and then some. Computer and communications equipment spending is still hot, evidence that many companies continue to equip their workforces for remote work. Machinery spending and orders are strong. Even though many uncertainties about the economy’s progress remain, businesses are apparently deciding to push ahead with expansion plans that had been on hold, in order to be prepared for the eventual recovery. New orders are also tracking the strength in spending.

A decline in motor vehicle and parts spending and orders was likely just a pullback after July’s surge. The same was true for defense spending.

Now that the price of West Texas Intermediate crude oil has picked up to around $40 per barrel, a modest boost for purchases of oilfield equipment seems likely. The number of active drilling rigs has ticked up in Texas and Louisiana lately. However, spending on rigs and related gear could falter again if oil prices retreat later in the year.