6 Stocks to Buy for Their Massive Stock Buybacks

Stock buybacks are big business. In the second quarter of 2019 alone, S&P 500 companies spent almost $165 billion on share repurchases – and that was 26% less than the record high spent in Q4 2018.

But it's still a big number. "While the decline is significant compared to 2018, it remains higher than the pre-2018 levels," writes Howard Silverblatt, senior index analyst at S&P Dow Jones Indices.

Buybacks yield several benefits. Among them, given the simple math of calculating earnings per share (EPS) – total earnings divided by total shares outstanding – buying back shares can "juice" the EPS figure. Moreover, they tilt supply and demand in shareholders' favor. If a company takes shares off the market, in theory, it should make the remaining ones worth more.

But are stock buybacks a reason to buy? Not on their own. But they are one of several material signs – dividend programs, manageable or no debt, intelligent capital expenditures – that a company is putting its stock in a position to succeed.

Here are six stocks to buy that have spent considerably on stock buybacks over the past few years. Importantly, all six stock picks sport additional fundamentals that should help them make the most of a tailwind as they continue to reduce their share counts.

Data is as of Oct. 29. Stocks listed in reverse order of their second-quarter buyback dollar totals. Q2 buybacks refer to the second quarter of the calendar year. Five-year buybacks are through calendar Q2 2019. Dividend yields are calculated by annualizing the most recent payout and dividing by the share price.

Payments processor Visa (V, $177.63) would be a fine and welcome addition to most portfolios on its fundamentals alone. The world's largest payment processor – Visa boasts 3.3 billion cards in use across more than 200 countries – has grown its revenues at a compound average annual rate of nearly 10% over the past half-decade. Better still, its earnings per share have grown by roughly 20% annually over the same time frame.

Stock buybacks have lifted that number; Visa has spent $31.9 billion on repurchases over the past five years (not including the most recently reported Q3, in which Visa bought back another $2.7 billion in shares). But its actual profits still have advanced by a little more than 17% annually. It's the perfect combination of share repurchases augmenting solid operations.

Visa bought back 20% of its shares over the past five years, and remains committed to share repurchases. At the start of the year, Visa announced an $8 billion buyback plan. It's also a relentless dividend grower. In its recently released Q3 report, the company announced it was upgrading its payout 20% to 30 cents per share, starting with the December distribution. That's 150% higher than where it was the same time five years ago.

The heavy spending on buybacks and dividends isn't throttling back its growth potential, however. "We think investors underestimate the top-line growth potential for Visa given the world market where 85% of transactions are still done in cash," research firm CFRA writes.

But you've certainly heard of its brands.

Booking used to be known as Priceline, which many Americans are familiar with. But the company changed its name in February 2018 to reflect the Booking.com property, which is based in Amsterdam, covers nearly 155,000 destinations in 227 countries and territories, and operates in 40 languages. Booking Holdings' properties also include Kayak.com, Agoda.com and Cheapflights, among others.

BKNG has materially reduced its share count over the past five years, from just about 52 million shares in 2014 to around 42.8 million as of the second quarter of 2019. This reduction alone would have boosted EPS by 18% even if total profits were flat. But Booking has generated oodles of organic growth – earnings per share shot 111% higher between 2013 and 2018, or roughly 16% annually on a compounded basis.

Admittedly, airlines and hotels now have the technological prowess to connect directly with their customers. So they have less of a need for intermediaries such as Booking. But the company boasted 213 million room nights booked in the second quarter – that's volume that hotels and airlines simply can't walk away from.

Seemingly putting a dent in that argument are analysts' projections for the next couple of years. The pros see revenues improving by 4.5% this year, then accelerating to 8.6% growth in 2020.

ValueLine analyst Michael Lavery approves of the May 2019 acquisition of Venga, which along with Booking's OpenTable brand diversifies the company's revenue sources and strengthens its position in the restaurant business.

The company also has spent billions repairing the damage done to its dividend during the Great Recession. Citigroup paid out $5.40 per share back in 2017, but whittled its dividend down to a penny per share within a couple years. It started rehabilitating the payout in 2015, which has recovered to 51 cents per share – near its pre-Recession payout once you include Citigroup's 1-for-10 reverse stock split in 2011.

Investors haven't been hot on Citigroup shares, however. Their 47% gain over the past three years is just about on par with the rest of the financial sector. The company's stock trades at a thin 8.5 times forward-looking earnings estimates, and at less than book value. Both metrics are cheaper than even scandal-plagued Wells Fargo (WFC).

CFRA analyst Kenneth Leon admits that Citigroup is "most exposed versus direct peers to a slowing global economy," but he still thinks things are moving in the right direction. "On Oct. 15, we raised our 12-month target by $6 to $76 … as we think C is showing improved execution and strength in U.S. market." He also noted the Federal Reserve's June approval of the company's 13.3% dividend increase and $17.1 billion, 12-month share repurchase program.

Both of those segments deliver roughly a third of revenues each, as does its third division, Productivity and Business Processes, which includes businesses such as Office and LinkedIn.

It's an interesting, diverse portfolio, and one that's growing across the board. Productivity and Business Processes' revenues have expanded by 38% over the past two fiscal years; Intelligent Cloud, by 42%; and More Personal Computing, by 16%. Interestingly, though, Microsoft has figured out how to squeeze more from the MPC segment, whose operating profits have spiked by 45% in that same time.

Shifts such as taking its Office productivity software to cloud-based subscriptions, and entering the cloud infrastructure business, have bulked up margins from 25.4% in fiscal 2014 to 29.3% in fiscal 2019. That has enabled Microsoft to continue showering cash on shareholders in the form of stock buybacks and dividends.

MSFT bought back almost 600 million shares during that time and raised its dividend by 64%. That doesn't include its recently reported first quarter for fiscal 2020, which saw Microsoft improve the payout by another 11% and buy back another $4.9 billion in shares.

Looking ahead, 26 analysts have produced ratings on MSFT stock over the past three months, and all 26 have been Buy recommendations. That includes Stifel, Mizuho and Deutsche Bank analysts, who touted a Department of Defense contract award to Microsoft's Azure, over competitor Amazon.com's (AMZN) Amazon Web Services, that could be worth up to $10 billion over a 10-year period.

Deutsche Bank's Karl Keirstead called the DoD's announcement a "huge upset victory" for Microsoft and poked fun at the department's release language, calling it a "rather understated phrase to announce what could be the largest cloud contract in history."

The bubble popped, of course, and so did CSCO, which is now worth less than 40% of its 2000 highs. But that hardly tells the whole story since then. Cisco's still growing – as is its dividend – and investors have driven the stock up by nearly double over the past five years.

But the company is squeezing far more profit out of its sales. Margins, while every bit as lumpy, have improved from 18.3% to 22.4% during that same time. Profits have grown by nearly 12% on a compound annual basis.

Shareholders have benefited not just from higher share prices, but a much fatter dividend. The payout is 84% better than it was five years ago. Meanwhile, Cisco has spent more than $50 billion over the past half-decade on share buybacks, repurchasing roughly 815 million shares to reduce its count by more than 15%.

Looking ahead, Wall Street expects profits to grow by mid- to high single digits over the next couple of years. Evercore ISI analyst Amit Daryanani even believes CSCO shares could reclaim their tech-bubble highs, laying out an $80 multiyear target. "We think CSCO remains an attractive asset to own given the company's positioning in a growing and profitable product market, increasing software/services mix, M&A tailwind, and a favorable shareholder return profile," he writes.

One thing that neither side can contest, however, is just how much Apple values stock buybacks. The company repurchased $18.2 billion worth of shares in Q2 alone, bringing its five-year total to $247.5 billion through 2019's midway point. For perspective, with that amount of money, Apple could've bought Walt Disney (DIS), Coca-Cola (KO) or UnitedHealth Group (UNH), the nation's largest health insurer.

If ValueLine's estimates for the current year hold, Apple will have reduced its share count by a little more than 23% over the past half-decade. That has helped lift the company's EPS, which have expanded by 110%, or almost 16% on a compound annual basis, over the past five years. (However, analysts expect a small pullback in profits for the fiscal year to be reported after the Oct. 30 closing bell.)

With iPhones relegated to "mature" market status, the company is turning to its Services division. Here, an installed base of nearly 1.5 billion devices (including well more than 900 million iPhones) will enable Apple to sell all manner of services. It has long been distributing third-party apps and music, but it's expanding into a new streaming service (Apple TV+), games (Apple Arcade) and digital media subscriptions (Apple News+). Services, which made up 21% of sales in the June quarter, sports an estimated gross margin of 64%, versus 30% for hardware.

Expect some of the extra profits generated from the growth of Services to head back to more stock buybacks. "We like AAPL's net cash position of $102 billion … with our view of annual free cash flow potential of $60 billion plus supporting aggressive share repurchases," writes CFRA analyst Angelo Zino. 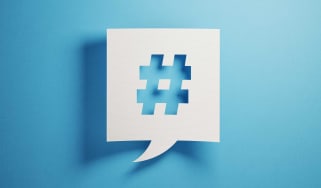 A number of verified Twitter accounts, including Tesla CEO Elon Musk and Warren Buffett, appear to have been hacked in a widespread Bitcoin scam.
The Pros' Top 5 Industrial Stocks

Many of the Dow Jones' economically sensitive components pushed higher on Tuesday on the back of slightly better COVID-19 data from a few U.S. hotspot…