Building Your Own Retirement Plan 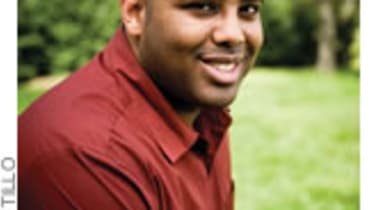 For about half his life, Macdem has worked hard and saved plenty; he's already socked away more than $160,000 in retirement and investment accounts.

But the printing company where he's general manager isn't much help. It doesn't offer a 401(k) nor any other pretax benefit plan. "I'm saving all this money, but I'm getting taxed," says Macdem. "It's a little bit frustrating."

Considering that 401(k) accounts are the country's primary retirement vehicle, Macdem's situation is more than frustrating -- it's surprising. "I don't know why a company would not want to offer a 401(k)," says Craig Mont, a certified public accountant in Fair Lawn, N.J. "The plans are relatively inexpensive to administer, and if you want to keep good employees, you're going to have to offer something."

If your company is like Macdem's, lobby for a retirement plan. Greg Plechner, a principal of Modera Wealth Management, in Old Tappan, N.J., advises that you speak to the human-resources director and rally other employees. Plechner estimates that it would cost a small company just $2,000 a year to operate a no-frills 401(k).

Meanwhile, Macdem is diligently trying to compensate. He plans to continue squirreling away 20% of his pay, or about $15,000 a year. Can he more or less replicate a 401(k) and its current and deferred tax breaks?

Yes, he can. For starters, he can fund a traditional IRA. Because Macdem is not covered by an employer's retirement plan, he can deduct his contributions, which grow tax-deferred inside the IRA. The rub: The contribution limit for 2009 is $5,000, far less than the $16,500 limit for a 401(k). But it's a start.

Another possibility is to open a health savings account. Macdem is single, so he can deduct up to $3,000 in HSA contributions if he also signs up for a high-deductible health-insurance plan. An HSA balance grows tax-deferred, and withdrawals for qualified medical expenses are tax-free. If you don't get sick, you can roll over the balance from year to year. As a result, an HSA acts as a kind of supplemental IRA.

That means Macdem could save $8,000 tax-free this year, almost half of a 401(k)'s limit. Plus, he can structure the rest of his annual savings to trim the tax bite.

Plechner recommends exchange-traded funds, municipal bonds and index funds, all of which generally result in little or no tax liability. "As long as you create an efficient investment portfolio, you can make it tax-deferred for the most part," he says. And when Macdem withdraws his money, profits will be taxed as capital gains -- unlike withdrawals from a 401(k) or a deductible IRA, which count as ordinary income.

Some advisers would suggest that Macdem open a Roth IRA, which would shield him from substantial taxes in retirement. But he earns a good salary and has few deductions, so the tax savings from a deductible IRA are important to him now. It would be terrific if he could deduct $5,000 and also have a Roth, but no dice. You can mix and match IRAs, but you can't exceed the total annual limit.