Skip to headerSkip to main contentSkip to footer
inheritance

Smart Ways to Handle an Inheritance

A bequest could change your life, but don’t quit your day job. 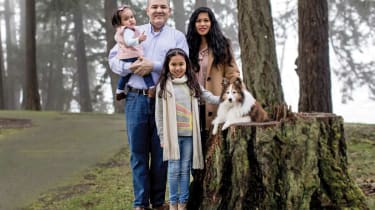 We’ve all heard stories about individuals who passed away quietly after a life of frugality, leaving a fortune to their unsuspecting heirs or, occasionally, a beloved pet.

The reality is a lot less riveting. Although two-thirds of baby boomers are expected to receive an inheritance—mostly from parents—longer life spans and the rising cost of health care can shrink the size of their parents’ assets or wipe them out altogether. According to a 2013 study by the Federal Reserve Board, the average bequest for the wealthiest 5% of U.S. households was $1.1 million; for the next 45%, it was $183,000; and for the bottom 50%, it was $68,000.

Complicating matters is the fact that many estates contain a smorgasbord of items, including real estate, investments, cash, retirement savings accounts and life insurance plans. It could take months to track down these assets and divide them among the estate’s heirs, and you could incur significant legal fees—particularly if the estate was large or your relative died without a will. There are also different rules for different heirs: Spouses, for example, enjoy some tax breaks and exemptions that aren’t available for adult children or other heirs.

Brian Lee, 44, of Tacoma, Wash., got a crash course in estate law after his late father’s brother and sister died almost within a year of each other, in late 2015 and 2017. Neither of his father’s siblings had children when they died, so their estates were divided among their nieces, nephews and other surviving relatives. Lee ended up with a six-figure inheritance, but because his uncle died without a will, settling the estate took months and cost thousands of dollars in legal fees. Lee’s aunt had a will, with Lee as the executor, which made “all the difference in the world in terms of the process,” Lee says.

What You’ll Owe in Taxes

Unless your parents were fabulously wealthy, you won’t have to worry about federal estate taxes, but that doesn’t mean Uncle Sam has no interest in your inheritance.

If you inherited stocks, mutual funds or other investments in a taxable account, you’ll be able to take advantage of a generous tax break known as a step-up in basis. The cost basis for taxable assets, such as stocks and mutual funds, is “stepped up” to the investment’s value on the day of the original owner’s death. For example, if your father paid $50 for a share of stock and it was worth $250 on the day he died, your basis would be $250. If you sell the stock immediately, you won’t owe any taxes; if you hold on to it, you’ll only owe taxes (or be eligible to claim a loss) on the difference between $250 and the sale price. It’s a good idea to notify the investment-account custodian of the date of death to ensure that you get the step-up, says Annette Clearwaters, a certified financial planner in Mount Kisco, N.Y.

Because of this favorable tax treatment, a taxable-account inheritance could be a good source of cash for a short-term goal, such as paying off high-interest debt or making a down payment on a house, says Jayson Owens, a certified financial planner in Anchorage, Alaska.

If you’d rather keep the money invested, review your inherited investments to see whether they are appropriate for your portfolio. For example, you could sell individual stocks and invest the money in a diversified mutual fund without triggering a big tax bill.

Retirement accounts. If you inherited a tax-deferred retirement plan, such as a traditional IRA, you’ll have to pay taxes on the money. But you can make the tax hit less onerous.

Spouses can roll the money into their own IRAs and postpone distributions—and taxes—until they’re 70½. All other beneficiaries who want to continue to benefit from tax-deferred growth must roll the money into a separate account known as an inherited IRA. Make sure the IRA is rolled directly into your inherited IRA. If you take a check, you won’t be allowed to deposit the money. Rather, the IRS will treat it as a distribution and you’ll owe taxes on the entire amount.

Once you’ve rolled the money into an inherited IRA, you must take required minimum distributions every year—and pay taxes on the money—based on your age and life expectancy. Deadlines are critical: You must take your first RMD by December 31 of the year following the death of your parent (or whoever left you the account). Otherwise, you’ll be required to deplete the entire account within five years after the year following your parent’s death.

The December 31 deadline is also important if you are one of several beneficiaries of an inherited IRA. If you fail to split the IRA among the beneficiaries by that date, your RMDs will be based on the life expectancy of the oldest beneficiary, which may force you to take larger distributions than if the RMDs were based on your age and life expectancy.

You can take out more than the RMD, but setting up an inherited IRA gives you more control over your tax liabilities. You can, for example, take the minimum amount required while you’re working, then increase withdrawals when you’re retired and in a lower tax bracket.

Did you inherit a Roth IRA? As long as the original owner funded the Roth at least five years before he or she died, you don’t have to pay taxes on the money. You can’t, however, let it grow tax-free forever. If you don’t need the money, you can transfer it to an inherited Roth IRA and take RMDs under the same rules governing a traditional inherited IRA. But with a Roth, your RMDs won’t be taxed.

Real estate. When you inherit a relative’s home (or other real estate), the value of the property will also be stepped up to its value on the date of the owner’s death. That can result in a large lump sum if the home is in a part of the country that has seen real estate prices skyrocket. Selling a home, however, is considerably more complex than unloading stocks. You’ll need to maintain the home, along with paying the mortgage, taxes, insurance and utilities, until it’s sold.

Life insurance. Proceeds from a life insurance policy aren’t taxable as income. However, the money may be included in your estate for purposes of determining whether you must pay federal or state estate taxes.

Even a small inheritance can represent more money than you’ve ever received at one time. Go ahead and treat yourself to a modest splurge—a special vacation, for example—but avoid making costly changes in your lifestyle.

Brian Lee used his inheritance to pay off his wife’s student loans and a small credit card debt; the rest went into retirement savings. Lee says he wanted to honor the legacy of his uncle, a dedicated investor who worked for IBM in the custodial department for 30 years. Lee’s uncle spent most of his life in the same small house in Austin, Texas, and drove a 1967 Ford truck, but he was a wealthy man, with an estate valued at more than $3 million when he died. “There’s no way I would blow money someone spent a lifetime saving,” Lee says.

Many people overestimate how long their newfound wealth will last. An estimated 70% of people who suddenly receive a large amount of money go through it all in just a few years, according to the National Endowment for Financial Education.

Consider stashing your inheritance in a money market or bank savings account for six months to a year. You won’t earn much interest, but your money will be safe while you assemble a team of professionals, which typically should include a fee-only planner, a tax professional and an attorney.

Your team can help you look for ways to fortify your finances. Paying off credit cards and student loans will relieve you of high-interest debt and free up cash for other purposes. If you haven’t saved enough to cover several months’ worth of expenses, use your windfall to beef up your emergency fund (see 19 Ways to Prepare for a Financial Emergency). Once you’ve got that covered, consider using your inheritance to increase retirement savings. Finally, if you don’t have an estate plan of your own, use some of the money to create one, including powers of attorney, health care directives, a will and, if necessary, a living trust. Your own heirs will thank you. 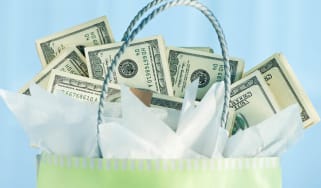