Wall Street wobbled into the weekend as a few pieces of data tempered recently raised hopes for the American economic recovery.

Retail sales improved for the third consecutive month, up 1.2% in July – but the pace of growth has decelerated, and that figure fell below economists' expectations.

"Part of this could be because several categories have already recovered to their pre-COVID level of sales, leaving little space for a strong bounce-back," says Pooja Sriram, Vice President, US Economist at Barclays Investment Bank. "Part of this could also be a signal of moderating consumption in the coming months. Indeed, we see downside risks to consumption spending if additional fiscal stimulus is not forthcoming.

Moreover, a preliminary August reading of the University of Michigan Index of Consumer Sentiment did improve, to 72.8 from July's 72.5, but remained at depressed levels far off the 90-100 readings of the past few years pre-COVID.

Further weighing on investors: The Senate adjourned through Labor Day without reaching an agreement on new stimulus measures, with both political parties seemingly miles apart and unlikely to reach a deal for weeks.

A special alert for Closing Bell readers: Warren Buffett's Berkshire Hathaway (BRK.B) holding company will file its most recent portfolio changes by today's close of business, and we'll be updating our full, ranked list of Warren Buffett's stocks – which includes dozens of dividend-paying stocks – over the next few hours.

On Thursday, the S&P 500 cemented its best 100-day rally ever: a 50%-plus gain since the March 23 lows that doesn't seem to jibe with a still-diminished economic picture.

"The U.S. economy is a net importer, while the S&P 500 is a net exporter, which is why the S&P 500 prefers a weaker U.S. dollar. A weaker dollar helps many U.S. companies’ goods cheaper overseas and enhances international profits, while a strong dollar is good for U.S. GDP because it lowers the cost of imports."

Still, as the market's rally slows against a number of headwinds, investors' thoughts might understandably be floating away from speculation and growth, and gravitating toward quality and dividends.

One place to look is this list of 10 dividend funds that use a variety of strategies to deliver regular income across a diversified portfolio.

But if you're looking for the bee's knees of security, look no farther than the Dividend Aristocrats. These 65 dividend stocks have paid out cash distributions without interruption for at least a quarter-century, and they're still standing tall after a brutal few months that saw many other companies cut or kill their payouts completely. 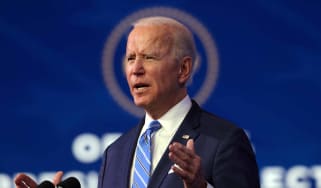 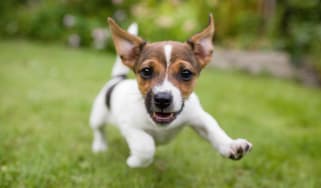