Here’s what you really need to know about this big shopping day the Friday after Thanksgiving. 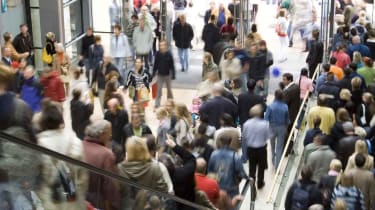 Most people assume that the term Black Friday refers to retailers moving out of the red and into the black – that is, turning a profit for the year as shoppers flock to stores to do their holiday shopping -- on the day after Thanksgiving. But, according to several accounts, the expression actually originated in the 1960s when Philadelphia police officers used it to describe heavy vehicle and pedestrian traffic the day after Thanksgiving. You just learned something new, right?

Well, that’s not the only misconception about Black Friday. Here are five myths you should be aware of -- especially if you plan to be a part of the heavy traffic in the stores the day after Thanksgiving:

MYTH: Black Friday starts on Friday. Now that the major retailers are opening their doors on Thanksgiving, the best deals actually appear on Thursday rather than Friday, according to DealNews.com, which tracks sale trends. And some retailers, such as Amazon.com and Walmart, launched pre-Black Friday sales weeks before Thanksgiving. “Where Black Friday used to be the kickoff to the holiday shopping season, it’s now close to the finish line for many consumers who’ve started taking advantage of deals earlier in the season,” says Trae Bodge, senior editor for coupon and deal site RetailMeNot.com. So don’t assume that you should wait until November 28 to get a bargain. Use the FatWallet Black Friday app (Apple, Android) to see if you can get the same or better price now on items listed in Black Friday ads.

MYTH: Everything is on sale. Just because retailers have big sales doesn’t mean everything in their stores or on their sites is on sale. Yes, you’ll find computers, tablets, cookware, video game consoles and televisions (especially off-brand sets) marked down. But that purse your wife wants, golf club set your husband wants, video game your son wants or doll your daughter wants might not even be discounted. Check retailers’ Black Friday ads at sites such as DealNews.com and BFAds.net to see what items will be on sale.

MYTH: The deals are the best of the year. Don’t be fooled into thinking that all of the items that are on sale on or around Black Friday are at their lowest prices of the year. Many of the discounted Black Friday prices are available during other sales throughout the year, according to a study by NerdWallet.com. In fact, you should wait until after the holidays to buy these 14 things because the discounts will be even better.

MYTH: Doorbuster deals are available only in stores. Black Friday (and now Thanksgiving) is synonymous with doorbusters, deeply discounted items that are in limited supply and available only at certain times as a means to lure shoppers out to the stores. But according to DealNews.com’s research, 70% of in-store Black Friday deals also have been available online. Plus, many retailers offer online-only deals, and Amazon.com often matches the best offers at brick-and-mortar stores. So before you head out the door, check to see if the deals you want are available online.

MYTH: It will be easy to take advantage of price-match policies. Maybe your plan is to head to one store on Black Friday, use an app to scan product barcodes, see if another retailer is offering those items at lower prices, then take advantage of the price-match policy of the store you’re in to get those items there for even lower prices. It’s brilliant, right? Not so fast. According to a study by Cheapism.com, several major retailers -- including Best Buy, Target, OfficeMax and Office Depot -- will not match competitors’ prices on items for sale Thanksgiving Day through the following Monday. Call retailers or look up their price-match policies on their Web sites before you shop, and see How to Get Retailers to Match Prices to learn more.