Losses in states hard hit by natural disasters are pushing up premiums.

Homeowners in California, Texas and other states hit by natural disasters in 2017 may see a modest increase in their homeowners insurance rates when their policies renew, even if their locale was unscathed. When insurance companies file rate-increase requests with insurance regulators—which appears likely—they must do it on a statewide basis. Meanwhile, homeowners in hard-hit areas could face much higher risk-adjusted rates when their policies come up for renewal, and some may not be able to get coverage at all.

To re-shop coverage, homeowners should start with other private-market insurers. As a last resort, they can turn to their state-run plan, such as Citizens Property Insurance in Florida and Louisiana. Homeowners should think twice before buying a policy from specialty insurers, says Robert Hunter, director of insurance for the Consumer Federation of America. Although premiums are lower, the policies offer skimpier coverage.

Premiums for flood insurance through the National Flood Insurance Program are unlikely to rise anytime soon. Congress extended the NFIP through December 8, 2017, and is expected to renew it, but without major reforms that would raise premiums.

Circumstances beyond its control have forced Amazon to move its annual Christmas-in-July Amazon Prime Day blowout sale in 2020 to ... later. Prime Da…
Insurance for Long-Term Care at Home

In the wake of COVID-wracked nursing homes, increasingly more people are looking at options to age in place with long-term care insurance.
A Step-by-Step Guide to Being an Estate Executor

Whether you’re planning ahead for your own heirs or have been asked to serve as an executor of an estate for someone else, it pays to understand what …
How to Get Property Insurance in High-Risk Areas 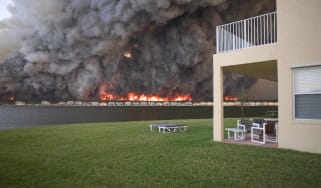 From wildfires to hurricanes and riots, some homes and businesses are more risky than others to insure. If you’re having a hard time finding coverage,…