If you’re looking for dividend stocks you can trust, you can start with the Dividend Aristocrats.

If you’re looking for dividend stocks you can trust, you can start with the Dividend Aristocrats. These companies in Standard & Poor’s 500-stock index have hiked their dividends every year for at least a quarter-century. A company that has raised its payout annually for 25 years or more, through good times and bad, clearly makes its dividend a priority.

But what if that’s not good enough? Long-term income investors want assurances that the dividend hikes will be there for decades. After all, rising payouts are the secret to building wealth through dividend stocks over the long haul. Steady dividend hikes reward existing investors with increasingly higher yields on shares purchased in the past, and also help keep the payment ahead of the pace of inflation.

Although there are never any guarantees that a company won’t cut or suspend its dividend, there is an elite group within the Dividend Aristocrats that has delivered payout hikes for generations. Indeed, these companies have raised their distributions annually for at least a half-century. With that sort of track record, through economies good and bad, investors can rest reasonably assured that these dividend stalwarts will keep their streaks alive.

If you’re a long-term income investor looking for payouts you can really count on, this elite list of Dividend Aristocrats is worth checking out.

Data is as of Jan. 3, 2017. Dividend yields are calculated by annualizing the most recent quarterly payout and dividing by the share price. Analyst ratings are from Zacks Investment Research. Companies are listed alphabetically.

Industrial conglomerate 3M (MMM, $235.63), which makes everything from tapes to medical devices, for a time suffered because of a resurgent U.S. dollar. The strong greenback hurts companies with high levels of international sales, such as 3M, because it makes goods more expensive to overseas buyers and reduces revenue when foreign sales made in local currencies are converted into greenbacks.

But the dollar has weakened over the past year, and foreign currency translation actually increased 3M’s sales by 0.6% year-over-year in the third quarter ended Sept. 30.

3M’s dividend dates back a century, and the industrial giant has improved the annual payout for 59 consecutive years. Its cache of brands such as Nexcare, Scotch, Post-it and the namesake 3M, which combined tackle hundreds of industrial applications, should ensure many more decades of dividend growth to come. 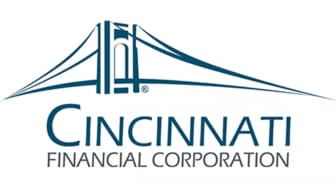 Property and casual insurance company Cincinnati Financial (CINF, $72.79) has one of the Dividend Aristocrats’ longest streaks of increases at 56 years. How much it has increased that dividend varies by market (and weather) conditions, but it always gives back a little bit more each year.

Cincinnati Financial exceeded analysts’ expectations in the quarter ended Sept. 30 even as profits plunged year-over-year – an unsurprising byproduct of 2017’s devastating Atlantic hurricane season. The wildfire and storm in Gatlinburg, Tennessee, also took a toll on the insurer’s bottom line.

Still, CINF is a conservative dividend payer that doles out less than two-thirds of its profits as dividends, making its longtime streak of payout hikes likely to continue.

The U.S. market for carbonated beverages has been on the decline for more than a decade, according to market research. That’s trouble for Coca-Cola’s ubiquitous core brands. However, the company has responded by adding bottled water, fruit juices and teas to its product line-up to keep the cash flowing. And despite its problems, the analyst consensus is that KO will grow its profits by 4% in 2018.

The company derives the vast majority of its sales outside the U.S., so like 3M, Colgate is sensitive to a stronger dollar. However, that effect reverses when the greenback pulls back in value. Colgate saw that during the three months ended Sept. 30, when a weakened dollar helped foreign exchange add 1.5% to total sales.

No matter what the U.S. dollar is doing, though, you can count on Colgate’s dividend. It dates back all the way to 1895 and has improved annually for 54 consecutive years.

Industrial conglomerate Dover (DOV, $102.51) isn't a huge consumer brand like many of the stocks discussed so far. Still, it has a wide reach across numerous industries, from Dover-branded pumps, lifts and even productivity tools for the energy business, to Anthony-branded commercial refrigerator and freezer doors.

It’s not an exciting business, though it has gotten more headline-worthy of late. Activist investor Daniel Loeb’s Third Point hedge fund took a stake in the company in 2017 and called on Dover to separate its energy business.

But for most of its life, Dover has been a beautiful, boring dividend grower. The company boasts 62 consecutive years of annual distribution hikes – the third-longest such streak among publicly traded companies.

Emerson has paid dividends since 1956 and has boosted its annual payout for 60 consecutive years, with the most recent hike coming in November 2017.

Real estate investment trusts (REITs) like Federal Realty Investment Trust (FRT, $133.25) are required to pay out at least 90% of their taxable earnings as dividends in exchange for certain tax benefits. Thus, REITs typically are a go-to source for income, and few have been more steady than FRT.

Federal Realty Investment Trust – which owns retail and mixed-use real estate across 12 states, as well as the District of Columbia – celebrated its 50th consecutive yearly payout hike in 2017. Better still, it has grown its dividend at an annual rate of more than 7%.

You might not be familiar with the name Genuine Parts (GPC, $97.30), but if you live in the U.S., you've almost certainly heard of the automotive and industrial replacement parts maker's brand, NAPA. Genuine Parts also operates under AutoTodo in Mexico and UAP in Canada.

Since its founding in 1928, GPC has pursued a strategy of acquisitions to fuel growth. Most recently, it bought Alliance Automotive Group, one of the largest distribution companies in Europe, for $2 billion.

Genuine Parts also is a longtime dividend machine that has hiked its dividend annually for more than six decades. That includes a 3% improvement to the payout in February 2017.

Shares in Hormel (HRL, $36.00), the maker of Spam, started to bounce back in late 2017, gaining about 14% in three months. The stock was weighed down by weak results from its Jennie-O turkey operations, but Wall Street took heart in the company’s 2018 guidance, and strategic acquisitions such as a recent $850 million buyout of millennial-focused Columbus Manufacturing’s premium deli meat should help turn things around.

Analysts surveyed by Zacks remain cautious on this food producer, but it’s safe to say the dividend will just keep rolling along. Hormel pays out a conservative 40% of its profits out as dividends, and in late 2017 announced its 52nd consecutive annual payout hike.

Founded in 1912, Illinois Tool Works (ITW, $165.96) makes construction products, car parts, restaurant equipment and more. While ITW sells many products under the namesake brand, it also operates businesses including Foster Refrigerators, ACME Packaging Systems and the Wolf Range Company. Cost cuts, asset sales and share buybacks helped its stock gain 35% over the past 52 weeks versus a 20% gain for the S&P 500.

Illinois Tool Works announced a 20% increase to its dividend in August 2017, good for the company’s 54th consecutive year of payout hikes.

Like many health care companies, JNJ faces at least some amount of uncertainty over federal health care policy. However, investors can take some comfort in that Johnson & Johnson pays out a very manageable 57% of its profits as dividends, and thus its 55-year streak of consecutive annual dividend increases should easily continue.

Home improvement chain Lowe’s (LOW, $92.02) has paid a dividend every quarter since going public in 1961, and increased the payout annually for more than half a century. Rival Home Depot (HD) also is a longtime dividend payer, but its string of annual dividend increases only dates back to 2009.

Lowe’s is investing in its customer experience, including adding “incremental customer-facing hours in our stores,” which is weighing on margins. However, in a sign that the company still has plenty of excess cash to return to shareholders, the company announced a new $5 billion share repurchase program in early 2017. Lowe’s also boasts an attractive 37% dividend payout ratio.

With major brands such as Tide detergent, Pampers diapers and Gillette razors, Procter & Gamble (PG, $90.54) is among the world’s largest consumer products companies. That's good, because no matter what the economy does, Americans still need products such as toilet paper, toothpaste and soap.

Is P&G completely recession-proof? Hardly. However, the company is much more stable than more economically cyclical companies, and that consistency has helped fuel reliable dividend payments for more than a century. Procter & Gamble has paid shareholders a dividend since 1891, and raised that distribution annually for 61 years in a row.

Analysts expect power and hand toolmaker Stanley Black & Decker (SWK, $169.13) to generate average annual earnings growth of nearly 11% a year over the next half-decade, thanks to a strategy of growth through acquisitions and cost cuts. Stanley Black & Decker bought Newell Tools from Newell Brands (NWL) for $2 billion in 2016, and in January 2017 negotiated the purchase of Craftsman tools from Sears Holdings (SHLD) for a total of $775 million over three years and a percentage of annual sales.

That’s good news for the company’s dividend, which has been paid for 140 years on an uninterrupted basis and increased annually for half a century.