Scams targeting seniors are still growing, but safeguards are being built. 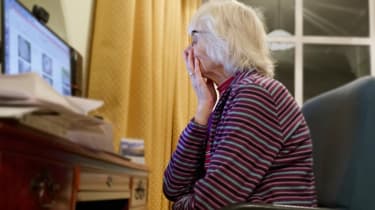 The new year brought old news for older Americans: Financial fraud targeting senior citizens is still climbing, with a 12% uptick in 2018, according to the U.S. Treasury. But there’s a silver lining: Financial institutions are now doing more to stop elder fraud.

That’s due in part to the federal Senior Safe Act of 2018, which protects professionals from lawsuits after they’ve taken training to recognize red flags, such as sudden wire transfers, among older customers. “One of the first signs of cognitive decline is in your ability to manage finances,” says Michael Pieciak, president of the North American Securities Administrators Association.

States have been making their own moves to combat elder fraud, often with stronger protections than at the federal level. Since 2015, at least 19 states have enacted legislation to bolster senior fraud protections, and another four—Florida, Missouri, New Hampshire and Virginia—have similar legislation pending. To ward off fraud in your family, start by discussing common warning signs, such as being asked for money up front by urgent callers. “Research shows that older Americans are less susceptible to fraud if they hear about the fraud beforehand or recognize its tactics,” says Pieciak.

Take advantage of technology to make building your savings and investing it a seamless – and pain-free – process.
Dear Mom and Dad: Thanks