7 Best Stocks to Own If Clinton Defeats Trump for President

We’ve compiled a list of firms that stand to benefit if Hillary Clinton, the presumptive Democratic nominee, is elected in November.

We’ve compiled a list of firms that stand to benefit if Hillary Clinton, the presumptive Democratic nominee, is elected in November. Because Clinton has been in politics longer and has released a greater number of official policy positions than Donald Trump, her expected Republican opponent, investors have a better chance of anticipating how various industries might be affected by a Clinton presidency than they would by a Trump victory.

If the pundits are right, Clinton would have trouble pushing through major legislative changes. That’s because even if the Senate flips from Republican to Democratic control, the GOP is expected to retain a majority in the House of Representatives. That said, the president wields enormous power to affect industries and companies through the regulatory process.

We’ve picked seven stocks that could see a pop on November 9 if Clinton wins but that also stand on their own as solid investments.

Prices and returns are as of July 11. Price-earnings ratios are based on estimated earnings for the next 12 months. Returns are from Morningstar.

Cognizant provides technology consulting and outsourcing services. But one distinction in particular sets it apart: Cognizant was the largest sponsor of H-1B visas last year, according to InformationWeek, an online magazine that covers technology. Clinton hasn’t declared a clear policy on H-1B visas, which allow skilled immigrants to work in the U.S. for up to six years at a time and which tech companies rely on heavily. However, in at least one appearance during her previous run for president in 2007, she expressed support for raising the number of these visas awarded. And she hasn’t detailed any plans to place new restrictions on the visas, as Trump has.

But forget politics. Buy the stock for Cognizant’s growth. The company has been slaying the competition, thanks to its obsessive focus on building enduring customer relationships. Annual revenue growth has averaged 22% over the past five years, and earnings per share have expanded by an annualized 17%. Analysts expect earnings growth to continue at a brisk 14% clip over the next three to five years. 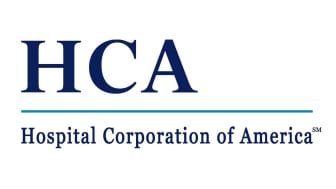 Private hospital operator HCA Holdings should benefit from a Clinton win because the candidate has vowed to protect and expand Obamacare—or, more formally, the Affordable Care Act (ACA). HCA, like other hospitals, has benefited from the expansion of health insurance under Obamacare, with increased patient admissions and reductions in unpaid bills, says Paula Torch, an analyst with Avondale Partners, a Nashville investment bank. A Clinton win would be “the best possible outcome” for hospital stocks, Torch says, because it would end any talk of repealing the ACA, at least during Clinton’s tenure.

Of course, HCA has already experienced the bulk of the benefits from ACA, so a continuation of the status quo may not boost the stock. But HCA could reap extra gains if a Clinton administration is able to woo additional states into expanding their Medicaid programs (the ACA provided for expanding Medicaid, but in 2012 the Supreme Court determined that the expansion was optional for states). The expansion increases the income limits for Medicaid eligibility, providing coverage to individuals and families who make too much money to qualify for Medicaid under current standards but who likely don’t make enough to afford private health insurance. Florida and Texas – the two states where HCA has its largest presence – have thus far declined the expansion. According to Clinton’s campaign website, she plans to devise incentives that might encourage the 19 holdout states to adopt the expansion.

HCA has a strong track record of gaining market share, Torch says. Earnings per share have grown at an annualized rate of 13% over the past five years, and analysts expect that rate to slow only slightly, to 11%, over the next three to five years.

Clinton hasn’t released any details about her plans for the Pentagon. But she is generally regarded as more hawkish than President Obama, and her vow to maintain the U.S. military’s top position in the world suggests no hesitancy toward robust defense spending. Clinton has also declared express support for ending sequestration, a system of automatic spending cuts that affects the defense budget, as well as other parts of the federal budget, and continues through 2021.

Lockheed is the world’s largest defense contractor, with 80% of its revenues generated by the U.S. government. U.S. military spending has declined since 2010 because of sequestration and a gradual decline in our involvement in Afghanistan and Iraq. But Lockheed has nonetheless managed to churn out solid results, with earnings per share growing at an average annual clip of 8% over the past five years. Over the same period, Lockheed hiked its dividend at a rate of 17% annualized. The company has done so in part by aggressively cutting costs and in part by reshaping its product line to favor products with better growth prospects. Lockheed is in the process of divesting itself of its low-margin information-technology segment and last year completed its acquisition of helicopter-maker Sikorsky Aircraft.

The U.S. hospitality sector employs millions of immigrant workers. So one potential beneficiary of a win by Clinton, who supports a pathway to citizenship for undocumented immigrants, is hotelier Marriott International.

Marriott is poised to become the world’s largest hotel company upon completing its pending acquisition of Starwood Hotels & Resorts Worldwide for almost $13 billion (U.S. and other nations’ antitrust regulators have signed off on the deal, but the companies are still awaiting a thumbs up from China). The acquisition should yield cost savings by awarding Marriott stronger bargaining power with suppliers, travel agencies and other partners. And increased regulation around the world is limiting the threat posed by websites such as Airbnb and HomeAway.com to the traditional hotel industry. Meanwhile, global tourism spending rose for the sixth straight year in 2015. Marriott’s earnings have grown an annualized 21% over the past five years, and analysts expect them to march on at a 17% annual clip over the next three to five years

Clinton has pledged that if elected she will work to install 500 million solar panels before the end of her first term, in 2021. That would be a boon for SunPower, which makes and sells solar panels to residential, commercial and utility customers and is generally regarded as the industry leader in producing highly efficient panels. One highly visible deployment of those panels is on the Solar Impulse (shown above), an aircraft attempting a global circumnavigation on sun power alone.

The solar market is fickle. The economics of particular projects and markets are largely determined by government subsidies, which can be subject to political whims. For example, although SunPower is currently doing a brisk business selling and leasing panels to U.S. residential customers, for which it earns relatively rich gross profit margins of 23%, those margins are largely dependent on the Investment Tax Credit (gross profits are sales minus the cost of goods sold). The credit had been set to expire at the end of 2016, but late last year Congress extended it in full force through 2019, after which the credit tapers before expiring completely in 2022.

SunPower’s stock has plunged 43% over the past year, suffering from three straight quarters of red ink, completion of profitable projects in California without any comparable new projects in sight to take their place, and the bankruptcy reorganization filing of competitor SunEdison (Symbol: SUNEQ). The shares are cheap and should pop if government policy shifts in SunPower’s favor. But they are only for investors comfortable with taking risks.

Paul Christopher, head global market strategist for the Wells Fargo Investment Institute, sees a Clinton win providing a boost for the housing market. That’s because Democrats generally favor the continued roles of government-sponsored Fannie Mae and Freddie Mac in the housing market. Republicans generally prefer private housing finance to government-sponsored sources, but Christopher says the heretofore sluggish housing recovery is more likely to pick up steam if Fannie and Freddie are left untouched. Based on that reasoning, a Clinton win should favor homebuilders such as Toll Brothers. Its focus on high-end homes is an advantage in the current market. Affluent purchasers typically have better credit, buy more expensive homes and are less sensitive to interest rate changes.

Toll Brothers beat estimates for the quarter that ended April 30, posting earnings of 51 cents per share, or 5 cents more than analysts had expected. Net income of $89 million was up 31% from the same quarter the previous year, and revenue of $1.1 billion was also up 31%. Price-earnings ratios can be unreliable measures of value for companies in economically cyclical industries, such as home building. Take some comfort, instead, that the stock trades for just 1.1 times book value (assets minus liabilities), compared with an industry average of 1.9 times book value.

Wal-Mart’s glory days may be behind it as shoppers increasingly head to the internet in search of bargains. The company suffered its first-ever annual sales decline in the fiscal year that ended January 31, with revenues slipping by less than 1%, to $482 billion. But Wal-Mart has been investing heavily in boosting online sales and is making a serious effort to challenge Amazon.com (and, in particular, its two-day Prime shipping program). In May, Wal-Mart started testing two-day shipping for online customers with ShippingPass, which charges half of Prime’s annual fee.

Wal-Mart is also rethinking its brick-and-mortar strategy. It has been opening more Neighborhood Market grocery and pharmacy stores, where sales growth has been stronger than at its megastores. The annual dividend rate of $2 is secure, and it should continue to provide a floor for the stock as the company retools its strategy.