Tops for 2020: The 5 Best Industrial Stocks to Buy

While frequently overlooked, industrial stocks held their own throughout 2019 and appear to be in strong position heading into 2020.

The ongoing U.S.-Chinese trade war hasn't exactly been easy for American industrial companies, which on average derive more than a third of their revenues from China, and many of which order supplies from the country as well. Nonetheless, the Industrial Select Sector SPDR Fund (XLI) actually boasted slightly better returns than the S&P 500 year-to-date through Dec. 3. The sector is set up to beat the Street next year, too.

Barry Bannister, head of institutional equity strategy at Stifel Nicolaus, suggesting that investors buy into cyclical stocks such as industrials while shedding defensive plays. "Although we see (more than) 5% further for the S&P 500 into 2020, we see twice that return, or plus 10%, for a long-cyclical/short defensive industry trade in the same period," he writes.

Given that industrial stocks still face trade risks, however, investors are (rightfully) seeking out the crème de la crème – those stocks poised to continue outperforming through 2020 and beyond. One way to separate the wheat from the chaff is to focus on the names Wall Street analysts are standing firmly behind.

Here are the five best industrial stocks to buy for 2020. We've used TipRanks' Stock Screener to zero in on five industrial-sector companies that are receiving robust support from the Street, earning a “Strong Buy” consensus rating.

The wind power space is set to take off. According to a report from the International Energy Agency worldwide wind capacity could increase by 15x by 2040, as well as attract approximately $1 trillion worth of cumulative investments. Based on a recent investor presentation, TPIC looks poised to take advantage of the growing market opportunity.

TPI Composites currently has agreements that provide $5.8 billion in potential revenue through 2023, with its customers including industry heavyweights such as General Electric (GE), Spain's Siemens Gamesa Renewable Energy (GCTAF) and Denmark's Vestas Wind Systems (VWDRY). On top of this, TPIC has expanded its business model to cater to transportation markets.

All of this lends itself to Benchmark analyst Michael Legg's conclusion that TPIC looks like a long-term winner. He points to the company's 14% stake in the wind blade supplier space as well as its sturdy position in the lightweight transportation structures market in order to support this assumption. Legg has a Buy rating on the stock and a $30 price target, implying he thinks shares can climb 73% higher in the next 12 months.

Legg's price target is more aggressive than others, but his bullish opinion puts him in the majority. Over the past three months, seven analysts have sounded off on TPIC shares – and all but one gave TPIC a Buy-equivalent rating, putting it among the best industrial stocks to buy for 2020. Among other things, they see that 2019's share losses have driven the stock to a below-market valuation of 17 times forward-looking earnings estimates and just 0.5 times sales. Discover why other top analysts are bullish on TPIC.

IEX's performance is roughly in line with the sector, though it was poised for greater things before its mixed third-quarter earnings report. While IEX posted substantial margin expansion, it saw some slowing in industrial end markets, and management guided for just 2% organic sales growth during the first half of 2020.

Shares slipped in reaction to this lower-than-expected outlook, but RBC Capital's Deane Dray (Outperform, $163 price target) advised investors that the dip presents an attractive entry point. "We think the selloff creates a good buying opportunity for this high-quality name, though caution its short-cycle businesses will likely be bumpy in the near term," he writes.

Rosenblatt Securities analyst Scott Graham also has IDEX among his best industrial stocks to buy, calling it "one of the highest-quality companies in the industrial space." He adds, "It has a strong (long-term) earnings track record and margins and (return on invested capital) well above peers. It has unique and successful approaches to sales and margins, executes with the best of them and a portfolio laden with advanced technology businesses." Graham has a Buy rating and $185 price target on the stock, implying shares could jump 17% over the next 12 months. See the full analyst consensus and price target breakdown for IEX on TipRanks.

Deutsche Bank analyst Seldon Clarke believes that even after a 57% year-to-date game, MAS shares still remain a value. "With shares trading well below historical levels … we see significant scope for valuation to move higher over the next 12 months as Masco moves forward with its much improved operational structure," he writes.

Masco, over the past year, has divested its windows and cabinets business, which was more cyclical in nature and sported lower margins. Clarke argues that this divestiture, combined with the fact that its current operations have more consistent demand trends, "warrants a premium valuation." Thus, he has a Buy rating and $52 price target, implying 15% upside in the year ahead.

Like Clarke, Nomura analyst Michael Wood (Buy, $54 price target) has high hopes for MAS. “We believe that MAS deserves this premium multiple to the industry given its richer mix of business segments and management as defined by our quality score,” he writes. Take a closer look at what the rest of the Street thinks about MAS.

Dray also notes that Honeywell trades at a 12% discount to other players in the space. He maintains an Outperform rating on shares, with a $177 price target. The Street is largely aligned with him. Analysts have doled out four Buy holds versus one Hold over the past three months. Get the scoop on HON's full list of analyst ratings at TipRanks.

Cowen analyst Cai von Rumohr recently lauded higher margins at United Technologies’ Pratt and Otis subsidiaries, and also cited proposed synergies from the Raytheon merger as reasons behind his Outperform rating on UTX. He also bumped up his price target, from $150 per share to $169, implying 18% upside from current prices.

Other reasons for investor optimism? During its most recent quarter, United Technologies reported an earnings beat thanks to strength in its Collins Aerospace Systems and Pratt & Whitney aerospace segments. Management also lifted its expectations for full-year 2019 earnings per share, to a range of $8.05 to $8.15.

UTX has received six Buy ratings versus just one Hold over the past three months, with the three most recent price targets coming in above the Street average. For further information about this industrial stock, check out its analyst page on TipRanks.

Maya Sasson is a content writer at TipRanks, a comprehensive investing platform that tracks more than 5,000 Wall Street analysts as well as hedge funds and insiders. You can find more of their stock insights here.

Bonds can be more complex than stocks, but it's not hard to become a knowledgeable fixed-income investor.
Stock Market Today 8/6/20: 'FAAMNGs' Do the Market's Talking 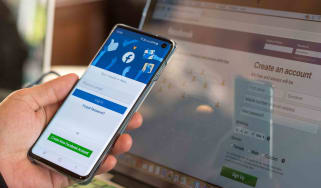 Facebook (FB), which surged Thursday on the launch of a feature to compete with TikTok, joined with other mega-caps to lead the indices higher yet aga…
Stock Market Today 8/5/20: Disney Adds to the Market's Magical Run 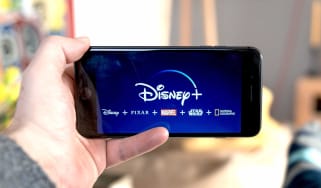 Renewed hopes for a COVID stimulus plan in the short term, as well as a big day from Disney (DIS), helped drive stocks up yet again Wednesday.
20 Dividend Stocks to Fund 20 Years of Retirement

Each of these high-quality dividend stocks yields roughly 4%, and you can expect them to grow their payouts even more. That's a powerful 1-2 combo for…