Health care stocks were the best sector in the Standard & Poor’s 500-stock index in 2018, according to Yardeni Research.

Health care stocks were the best sector in the Standard & Poor’s 500-stock index in 2018, according to Yardeni Research. The sector’s 4.7% gain last year isn’t exactly eye-popping. But consider that utilities (+0.5%) were the only sector in the black, and that the index itself lost 6.2% … and you realize just how impressive health care actually was.

As we look ahead to 2019, economic storm clouds appear to be gathering. Although a recession is unlikely in the year ahead, UCLA economists estimate that GDP growth will shrink from 3% in 2018 to 2% in 2019 and finally 1% in 2020.

Thus, in the potential absence of a good offense, it makes sense for investors to buy some defense in 2019. The best health care stocks can fit that bill. “Health care is a defensive growth sector that we think should have a growth upturn over the next five years or so,” Saira Malik, head of global equities at Nuveen, told Fortune in November.

Data is as of Jan. 7, 2019. Dividend yields are calculated by annualizing the most recent quarterly payout and dividing by the share price. Analysts ratings from Wall Street Journal. Stocks listed in alphabetical order.

Two areas of health care that analysts favor are pharmaceuticals and biotechnology.

They like pharma stocks because they possess attractive valuations, are fundamentally sound, and pay healthy dividends. Biotechnology stocks are appealing because of the M&A factor. Smaller biotechs that are growing will continue to be acquired by companies such as Biogen (BIIB, $322.40), the third-largest S&P 500 biotech company by market cap.

Biogen is a leader in neuroscience with a portfolio of multiple sclerosis (MS) drug therapies that are among the best in the industry. It also has a promising pipeline of potential Alzheimer treatments.

Pharmaceutical companies such as Bristol-Myers Squibb (BMY, $52.58) are in the business of developing new drugs. That means taking risks. Some work, some don’t.

Just three days into 2019, for instance, Bristol-Myers made a tremendous splash, announcing that it was acquiring Celgene (CELG) for $74 billion in a deal that sees Celgene shareholders receive $50 in cash and one Bristol-Myers share for every CELG share held.

The acquisition creates a very competitive biopharma company in four key areas: oncology, immunology, inflammation and cardiovascular disease. Bristol-Myers expects to achieve run-rate cost synergies of $2.5 billion by 2021 while generating free cash flow of $45 billion over the next three years.

Just go in understanding that risk goes both ways. BMY also announced in late November that its cancer drug combination – which brings Optivo, its immunotherapy drug, together with Yervoy, an older cancer drug – failed its late-stage trial. A test to see if the combination would extend the lives of small cell lung cancer patients, whose odds of living two years from diagnosis is low, did not achieve meaningful success. BMY shares fell on the news.

Everyone and their dog (pardon the pun) seems to be spinning off their animal health divisions these days. And why not, given the investor appetite for pet-related investments, not to mention how well they’ve performed out of the gate? Pfizer (PFE) took Zoetis (ZTS) public in February 2013 at $26 a share; ZTS shares now stand at more than $85.

Elanco and companies like it are staring at steady growth opportunities. In the first nine months of 2018, ELAN posted revenues of $884 million from companion animal therapies and vaccines – an improvement of 7.5% from a year earlier.

Walgreens and Humana already have an early-stage joint venture in place to develop senior health clinics. As a result of this partnership, they’re exploring taking small ownership positions in each other to motivate both sides to make the partnership work.

There is a possibility that this turns into full-blown merger discussions, but it’s just that – a possibility. They’re not close to this stage right now.

“We believe the existing joint venture structure provides sufficient financial incentives for both companies to pilot the program and to expand it, should the results warrant a bigger footprint/commitment,” Goldman Sachs wrote in a note to clients in November.

Still, analysts believe Humana, which is a big player in Medicare Advantage – the privately operated government health insurance for those over 65 with more than 3 million members that is growing by 350,000 annually – would gain access to a massive cohort of seniors served by Walgreens. Even on its own, Humana is operating a steady, attractive ship.

The research team at Morgan Stanley released a list of 25 secular growth stocks that it feels can do well in the future regardless of the state of the economy or where interest rates are headed.

“(Intuitive Surgical) has gained significant adoption within urology and gynecology and is still in the relatively early stages of penetration internationally and within broader procedures,” Morgan Stanley’s analysts wrote.

A decade ago, surgeons likely wondered if they would ever need robotic systems like da Vinci to get the job done. Today, these systems are becoming as interwoven with health care as smartphones are with our daily lives. 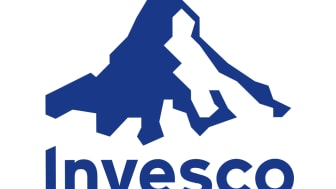 Whether you simply don’t like picking stocks or love the diversification offered by funds, the Invesco S&P 500 Equal Weight Health Care ETF (RYH, $180.12) is the play on health care stocks as we enter 2019.

Before you run out and buy Invesco’s ETF, it’s important to understand that equal-weighted funds tend to outperform over the long haul, though they sometimes suffer short-term underperformance.

“The trouble with market-cap-weighted (indices) longer term is you ride the momentum up,” Gold stated in September. “But there is no mechanism to kick those stocks out again. So, you ride them down.”

RYH itself is a basket of 61 holdings across several health care sectors, including equipment & supplies, providers & services, pharmaceuticals, biotechnology, life sciences tools & services, and health care technology. Top holdings include the likes of Celgene, Incyte (INCY) and Dentsply Sirona (XRAY), and the fund charges 0.4% annually – or $40 for every $10,000 invested – to hold it.

When most people think of Johnson & Johnson (JNJ, $127.01), the first thing that probably comes to mind is baby powder.

And not in a good way.

A California jury ruled in November against claims by a California woman that the company’s talc products, including its baby powder, caused her mesothelioma cancer. That seemed like good news for the company. However, JNJ is nowhere near in the clear. On Dec. 14, a Reuters report surfaced alleging the company knew for decades that its baby powder contained asbestos, which can cause cancer. Although the company vehemently denied the accusation, the markets swiftly knocked $50 billion off its market cap in just two days of trading.

Also, don’t count out the consumer-products division. In August, JNJ relaunched its baby care line, resulting in 20% revenue growth in the third quarter. Also, it announced in October that it was paying $2.1 billion to acquire the remaining 80% of Ci:z Holdings – the Japanese cosmetics firm whose brands include Dr.Ci:Labo – it didn’t already own. This should take its international growth to a new level.

Johnson & Johnson might be reeling now, but it remains a foundational health care stock.

Medtronic has been partnering with Nutrino since 2016 as part of its fight against diabetes. One of the AI-powered tools that Nutrino has developed is a glycemic response algorithm that tells users of its app how they might react to certain meals.

“Bringing Nutrino and their nutrition-related expertise into our organization will give us a substantial differentiator in the diabetes industry and accelerate our progress to help people with diabetes live with greater freedom and better health,” Hooman Hakami, executive vice president and president of the Diabetes Group at Medtronic, said in a statement.

However, Medtronic may not be done with its Israeli acquisitions. Ishrak is said to have met with Isreal Prime Minister Benjamin Netanyahu and the country’s minister of economy and industry while visiting.

Medtronic’s diabetes business is on a roll as we head into 2019, as are the rest of the company’s operating segments. In November, Medtronic announced second-quarter results that included organic revenue growth of 7.5% year-over-year – 150 basis points higher than analyst expectations. That included a 26% revenue increase in MDT’s diabetes business.

Investors familiar with ResMed (RMD, $111.12) probably know the California company because of the masks you see people wearing on TV to help with sleep apnea. However, ResMed also makes products to help people living with chronic obstructive pulmonary disease (COPD).

In early December, ResMed spent $225 million to acquire Propeller Health, a Wisconsin-based company that provides people living with asthma with a digital medicine platform to monitor their inhalers to ensure they’re adhering to their physician’s instructions. The combination of Propeller’s connected health solutions with ResMed’s existing COPD products brings it that much closer to becoming a global leader in digital health for COPD.

In the company’s first quarter ended Sept. 30, 2018, ResMed generated $47.5 million from its software as a service platform (SaaS). That’s 25% higher than a year earlier. Currently, this area makes up less than 10% of overall revenue, but it is ResMed’s fastest-growing revenue stream.

Combine this SaaS platform with acquisitions such as Propeller Health, and ResMed look like one of the most promising health care stocks for 2019 and beyond.

It’s difficult to believe – given some of the bad press that Herbalife (HLF) has received from Bill Ackman in recent years – that direct-selling company USANA Health Sciences (USNA, $116.25) would land on any list of top health care stocks.

USANA is the 20th largest direct-selling company in the world, with operations in 24 countries including the U.S. and Canada. However, it is China that’s leading the company’s growth; the country makes up 55% of USANA’s trailing-12-month revenue. In the third quarter ended Sept. 28, Greater China, North Asia and Southeast Asia Pacific saw net sales increase by 22.6%, 26.7% and 12.3%, respectively.

Bonds can be more complex than stocks, but it's not hard to become a knowledgeable fixed-income investor.
Stock Market Today: Stocks Step Back Amid Economic Gloom

The market gave up its early momentum to finish lower after a disappointing business report and the ongoing impasse in D.C.
Stock Market Today 9/22/20: Tech Stocks on Top Again as Fed Seeks a Helping Hand

Warren Buffett might be known as a legendary value investor, but don't ignore his growth holdings. Here, we examine 13 of "the Oracle's" best growth s…