Biotechnology has boomed over the past few decades as our understanding of living organisms and the human machine has swelled.

Biotechnology has boomed over the past few decades as our understanding of living organisms and the human machine has swelled. As a result, biotech stocks have become some of the most exciting growth plays on Wall Street.

And their potential to deliver sky-high returns is especially explosive when they’re developing a drug with blockbuster potential.

Blockbuster drugs are those popular treatments that generate annual sales of at least $1 billion. They’re uncommon: A drug must have the right combination of price and number of potential patients, so only a handful of treatments at any given time even have the potential to become billion-dollar products. And not all of them live up to their potential.

So how can you pinpoint biotech stocks with these kind of superstar drugs in the pipeline? We suggest turning to Wall Street’s pros.

Here are five promising biotech stocks to buy for their blockbuster-drug potential. TipRanks data shows that all five stocks boast a “Strong Buy” consensus among the Wall Street analysts covering them, based on ratings given during the past three months.

This image must be used within the context of the news release it accompanied. Request permission from issuer for other uses.

NASH is closely linked to the obesity and diabetes epidemics seen around the world. It is characterized by an excessive accumulation of fat in the liver that causes stress and injury to liver cells, which can progress to cancer and even death. The National Institutes of Health says up to 12% of U.S. adults – or 30 million people – have this disease. Thus, NASH represents a lucrative blockbuster opportunity for pharmaceutical companies and biotech stocks.

A few analysts believe that even though lead asset AKR-001 is the new kid on the NASH block, the drug has a promising future.

Jefferies analyst Michael Yee is one of four analysts who initiated coverage of the stock following its late-June initial public offering (IPO). He started the stock at Buy, with a $28 price target (22% implied upside), citing “the potential for lead NASH drug AKR-001 to show strong data in (2020) that reflect blockbuster potential and best-in-class profile.”

The NASH space has been challenging for investors, but Yee believes Akero “represents a relatively cheap and semi-derisked NASH company.” It thinks the biotech stock will appreciate ahead of the release of Phase 2 data, anticipated in the first half of 2020, and that the data itself could lift the stock another 50% to 100%. 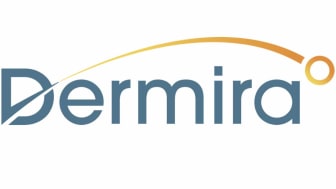 This is an interesting company in that its main drug isn’t a pill or a serum, but a medicated cloth. Qbrexa, Dermira’s only marketed product, is a topical treatment for excessive underarm sweating. However, it also has an injectable antibody – lebrikizumab, for atopic dermatitis – that has recently completed Phase 2 trials and is expected to enter Phase 3 testing by the end of 2019. Cantor Fitzgerald analyst Louise Chen thinks both treatments have blockbuster potential.

“The peak sales potential of Qbrexza for hyperhidrosis and lebrikizumab for AD are underappreciated, in our view,” cheers Chen, who has a $25 price target on DERM (199% upside potential) and is enthusiastic about the prospects for Qbrexa to treat sweaty hands – a condition that affects about 6 million Americans. “We think both Lebrikizumab and Qbrexza have peak sales potential of ($1 billion or more) each, which is not reflected in DERM’s valuation, in our opinion.” Over the past three months, Dermira has received three Buy ratings – and that swells to nine, versus just one Hold, over the past nine months.

“We also think DERM is an interesting company in a consolidating space. Therefore, we expect upward earnings revisions and multiple expansion to drive the stock higher,” Chen writes.

Check out more opinions from the pros at TipRanks. 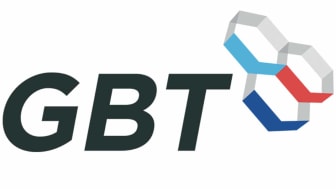 Sickle cell disease is a group of disorders that affects hemoglobin, the molecule in red blood cells that delivers oxygen to cells throughout the body. According to the National Library of Medicine, this is the most common inherited blood disorder in the U.S., affecting around 70,000 to 80,000 Americans.

We are heading toward a critical time for GBT. The company is planning to submit a New Drug Application (NDA) under accelerated approval by the end of the year.

Top William Blair analyst Raju Prasad recently attended the company’s upbeat investor event at the European Hematology Association’s annual meeting. “Given the effects across all subgroups in the study, the addressable market for the drug gives us confidence in its blockbuster potential,” he writes. He believes the strong Phase 3 HOPE trial data supports a likely approval for voxelotor in 2020, adding that, if approved, the drug should “become a mainstay of treatment.”

Wedbush analyst Liana Moussatos recently reiterated her Buy rating on GBT with a $103 price target (80% upside potential). She explains, “We project potential achievement of almost $1 billion in gross worldwide sales in 2023 after our estimated U.S. launch in August 2020 and peak worldwide sales of $5 billion in 2027.”

This Strong Buy biotech stock has received nine Buy ratings over the past three months, versus just one Hold. See why other top analysts are bullish on Global Blood Therapeutics. 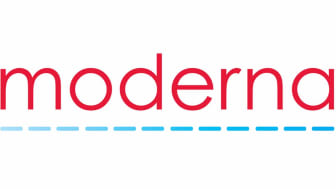 “Under a long-term blue skies scenario, mRNA technologies could in theory be used to express almost any protein in the body and therefore used to treat any disease,” Amusa writes. “We thus consider Moderna a core long-term holding for investors looking for exposure to the genomics revolution and the emergence of genetic medicines.”

Indeed, MRNA has quickly emerged with a 22-product pipeline in trial stages targeting interesting opportunities in everything from infectious diseases to immuno-oncology. Most recently, Moderna presented interim Phase 1 data for an mRNA personalized cancer vaccine, mRNA-4157 in solid tumors. “Moderna partnering on certain oncology indications reduces some cash burn, while 50-50 profit sharing, e.g. with Merck or AstraZeneca, maintains opportunities for upside should blockbuster opportunities progress to the market,” Amusa writes.

Among the seven analysts covering biotech stocks that have looked at Moderna over the past there months, all have rated it a Buy. What are the financial experts saying about MRNA’s outlook? Find out on TipRanks. 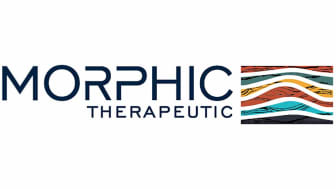 As for the IBD treatments, she writes that they “have potential as mono- or combotherapy options in UC and Crohn’s disease and could drive blockbuster sales.” Baral calls the company’s approach in IBD “strongly validated” given the success of Takeda Pharmaceutical’s (TAK) intravenous integrin offering Entyvio. Indeed, Jefferies’ Michael Yee describes Morphic’s MRβ7 compounds as an “oral Entyvio,” which he believes can conservatively be a $1 billion-to-$2 billion drug.

Four analysts initiated coverage of Morphic on July 22, all with Buy ratings. See why top analysts are bullish on Morphic.