Biggest Blockbuster Drugs of All Time

Lipitor, Humira and Advair boosted the bottom lines of Big Pharma companies and their shareholders for years. 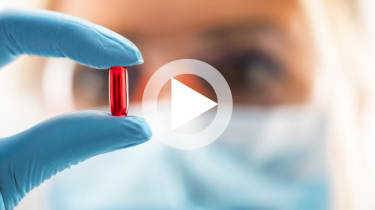 A prescription drug that surpasses $1 billion in sales is known as a blockbuster. It's a rare feat, but when a pharmaceutical company finds a true blockbuster drug the payoff is enormous. How enormous? Check out the three best-selling prescription drugs of all time.

Originally developed by Warner-Lambert, Lipitor was approved in the U.S. in 1997. Pfizer acquired its rival in 2000 to gain sole ownership of the cholesterol-fighting drug – and it was well worth it. At one point, Lipitor accounted for one-fourth of Pfizer’s sales. The patent expired in 2011.

Doctors praise Humira’s ability to combat damaging inflammation caused by a number of diseases. Sales will likely peak in 2018 as the drug begins to lose patent protection, but it’s been a heck of a run. Humira is owned by AbbVie, an industry giant that was spun off from Abbott Labs in 2013.

Advair has been a huge seller since its approval in 2001. And even though its U.S. patent expired in 2010, no successful generic competitor has surfaced. Copying the drug isn’t the problem. Rather, rivals have yet to figure out how to copy the inhaler. Until they do, Glaxo investors can breathe easy.