Our search for great stocks from around the world led us to China's biggest mobile e-commerce company. 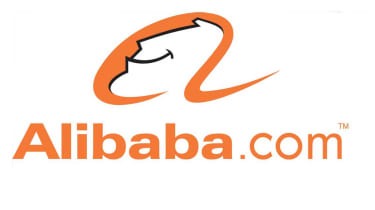 We went looking for the greatest companies outside the U.S. and came up with eight proven picks. Here's one of them: Alibaba Group Holding (symbol BABA). To make the list, the businesses had to have U.S.-traded shares and be industry leaders. They also had to possess substantial financial resources to weather rough economic times. Finally, we sought companies that had significant catalysts to drive the next phase of their growth.

Read more about the case for investing in Alibaba below. Prices and related figures for U.S.-traded shares are as of August 23. Earnings estimates are for calendar 2016 and 2017, unless otherwise noted. Price-earnings ratios are based on estimated 2016 earnings, unless otherwise indicated. Also, take a look at seven more great stocks from around the world.

The business: Founded in 1999, Alibaba has become China's biggest mobile e-commerce firm, providing retail and wholesale shopping, travel booking, cloud computing and payment services. Although often compared to Amazon.com (AMZN), Alibaba primarily connects buyers and sellers rather than selling goods itself. Much of its revenue comes from ads on its various websites.

Track record: Revenue surged from $451 million in 2008 to $15.2 billion in the fiscal year that ended in March 2016. Unlike Amazon, which has been in the red for much of the past few years as it has spent heavily, Alibaba has been consistently profitable. It generated record profits from operations of $4.5 billion, or $2.60 per share, in the last fiscal year. And measured by gross merchandise volume (the value of goods it transacts), Alibaba now is the world's largest online commerce firm. Yet the stock, which topped $120 after its public offering in 2014, was half that price by early this year and remains 20% below its record high.

Reasons to own it: Doubts about Alibaba's long-term growth had weighed on the stock. Those fears lessened after the company reported results for the quarter that ended June 30: Despite China's slowing economy, Alibaba's revenue jumped 59%, to $4.8 billion, from the same period a year earlier. The number of users transacting business on Alibaba websites via mobile devices rose 39%, to 427 million. Investment firm Needham & Co. sees its best measure of Alibaba’s per-share operating income rising 9% this fiscal year and 25% next, fueled by the company’s huge success in driving use of its websites on mobile devices. Brokerage Raymond James says another long-term draw is the potential of Alibaba's non-retail businesses, including cloud computing. For sure, this is a high-risk stock, and plenty could go wrong. But it's a great way to bet on China's rising consumer culture.