Trade war tensions between the U.S.

Trade war tensions between the U.S. and China have only intensified over the past few months, causing a growing headache for investors. One day the market gains on optimism of a cease-fire between President Donald Trump and China President Xi Jinping. The next day, one or the other is threatening to slap tariffs on billions of dollars’ worth of new goods.

The spat began quietly enough in January, when the U.S. imposed tariffs on imports of solar cells and washing machines. As the year has progressed, America has added steel and aluminum imports to the list, then tariffs on another $34 billion in Chinese goods more recently. Numerous threats have been made in between.

But the volatility this has sparked in the stock markets is creating buying opportunities in many solid companies that don’t have as much to fear should the U.S. actually dive into a full-blown trade war.

Particularly attractive are companies that primarily do business within the U.S. Here, the economy is accelerating, consumer spending is strong, inflation is in check and the tax cuts passed in 2017 are heavily benefiting domestic companies. With that in mind, here are six stocks to buy if you’re looking for ways to grow your portfolio without worrying about a trade war.

Data is as of July 24, 2018. Companies are listed in alphabetical order. 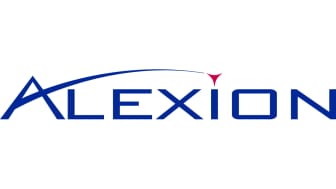 The company is best-known for developing Soliris, a drug used to treat paroxysmal nocturnal hemoglobinuria – a rare blood disorder. By focusing on this and other uncommon ailments, Alexion gains impressive pricing power. For instance, it charges just more than $400,000 annually for Soliris, which must be used for the rest of a patient’s life.

Analysts at Bank of America/Merrill Lynch expect above-average growth for Soliris, and they also are bullish on the company's partnership with Complement Pharma to co-develop a treatment for neurodegenerative disorders. “We are encouraged by ALXN’s commitment to replenishing its pipeline and believe the diversification should be well received by investors,” they write.

Of course, Amazon already was collecting taxes on anything it sold directly, mitigating the damage the ruling can do.

Amazon shouldn’t feel much pain from a U.S.-China trade war, however. While it could face some rising costs, GBH Insights’ Daniel Ives says even in a “draconian scenario,” the effect would be “negligible.” Meanwhile, other businesses such as its Amazon Web Services cloud division and its media services shouldn’t be affected.

The pros at Bank of America/Merrill Lynch are among numerous analysts that think AMZN’s premium valuation is justified – in BofA’s case, thanks to the company’s growth and improvements in gross profits.

Domestic casino companies also do not have much to fear from a trade war. Boyd Gaming (BYD, $37.64) is a casino stock, but it’s not in the same vein as companies such as Las Vegas Sands (LVS) and Wynn Resorts (WYNN). While it does have a couple of properties on the Las Vegas Strip, the company also has properties dotted around different parts of the city, including the Boulder Strip and Downtown Las Vegas.

Boyd also operates casinos in Illinois, Iowa, Kansas, Louisiana and Mississippi. But it’s expanding – in late December, it announced it was acquiring four more properties in Indiana, Missouri and Ohio via a deal with Penn National Gaming (PENN), and also bought up a Pennsylvania casino just days later. All told, it made five acquisitions in 2017.

The expansion efforts continued this year with the purchase of Lattner Entertainment Group, which boasts “nine decades of experience in legal bar & tavern gambling.”

Analysts at Bank of America/Merrill Lynch see growth continuing in both regional markets and the Las Vegas “local” market, which benefits both of Boyd’s business prongs. Boyd’s healthy geographical spread also should position it to take advantage of the eventual expansion of sports betting following May’s Supreme Court ruling that will allow states to legalize the practice. 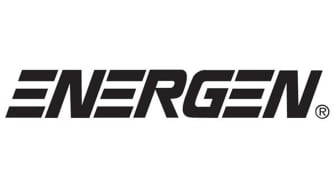 The oil-price crash of 2004-06 slammed energy companies of all stripes, eventually leading to bankruptcies in the most heavily indebted companies. Meanwhile, other companies packed on debt as they tried to recover.

Energen has been much more conservatively run, and the company has whittled down its debt over the past few years. At the end of 2017, its long-term debt-to-capital ratio was just 18.5%; management continues to reduce the debt load today. However, the company hasn’t been deleveraging at the cost of its operations. The company has increased its oil-and-gas production by 24% annually since 2010.

Analysts at Bank of America/Merrill Lynch expect management’s plans to ramp up production to result in 25% increases in annual output over the next three years. 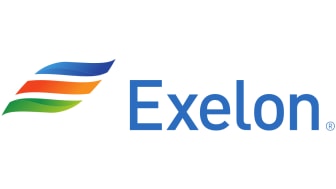 Americans need electricity and natural gas no matter what, and a trade war isn’t going to do much to change that – or otherwise hamper utilities’ business.

Analysts at Bank of America/Merrill Lynch expect Exelon to invest in its infrastructure and improve its return on equity. Exelon’s aggressive capital expenditures should boost earnings as it adds to its rate base; that in turn should support its dividend, which currently boasts a 3.3% yield. 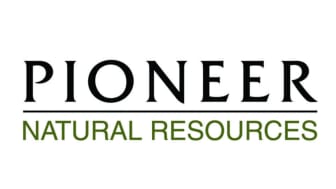 Texas-based Pioneer Natural Resources (PXD, $187.17) is an oil-and-gas exploration-and-production company that focuses on one of the most prolific and profitable oil fields anywhere: the Permian Basin in west Texas and New Mexico.

The Permian Basin has been such a profitable investment for Pioneer, in fact, that it decided in March to divest itself of $102 million in “non-core” assets in the Eagle Ford shale in South Texas, then dumped all its assets in Colorado’s Raton Basin for $79 million in June.

In a bullish note published in May, BofA analysts wrote, “In a rising oil environment, a clean oil levered execution story is quickly moving back to the top tier of opportunities amongst the large cap US oils with a more meaningful dividend and possible share buybacks next steps to the investment case.”