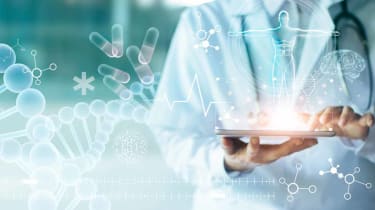 When searching for big rewards, look no further than biotech stocks.

Just be prepared for big risk, too.

Biotechs offer gobs of price potential. That's because unlike many companies that can slowly but steadily build up their businesses over time, the survival of biotechnology companies (especially early on) hinges on just a few trials of their developing treatments. Eventual approval of the drug means life-sustaining revenues for the company, so positive trial news can send shares skyrocketing. Setbacks, however, can spark an exodus.

While it's impossible for regular investors to gauge what's going on in testing labs, you can give yourself a small leg up by paying attention to the analysts who cover the biotechnology industry. If you find a stock that's mostly surrounded by bulls, that might be a signal that something rewarding is around the bend.

Here are five biotech stocks that have a "Strong Buy" consensus analyst rating and have potential catalysts right around the corner. We've used TipRanks' Smart Score system to identify this health-care short list. Also remember that biotechnology stocks come with a considerable amount of risk, and that sharp drops are not uncommon. Consider using only a small allocation from the portion of your portfolio dedicated to aggressive investments. 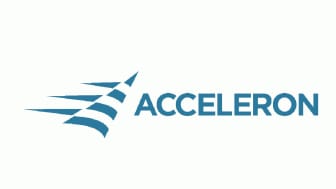 Luspatercept was designed for use in cases where low to intermediate-risk myelodysplastic syndromes (MDS)-associated anemia and beta-thalassemia-associated anemia are present. These conditions require patients to receive red blood cell transfusions.

Investors want to circle Dec. 4 on their calendars. That's the PDUFA (Prescription Drug User Fee Act) date for the beta-thalassemia indication for luspatercept. In other words, that's the deadline for the U.S. Food and Drug Administration to decide whether to approve Acceleron's treatment for one particular type of anemia. (The other indication, focused on MDS, will be reviewed by April 4, 2020.)

Several top Wall Street analysts are getting on board ahead of the December deadline. After speaking with Acceleron management, Piper Jaffray analyst Danielle Brill wrote a note to clients saying she expects both luspatercept indications will be approved, making 2020 a "transformative year." She sees luspatercept becoming a blockbuster drug bringing in billions of dollars, and eventually may be used to treat other forms of anemia. She rates XLRN at Overweight (equivalent of Buy) and has a $71 price target, implying 67% upside over the next 12 months.

That's one of the more aggressive price targets on the Street, which on average is looking for $59.10 per share. But the overall thrust is the same. Of the 10 analysts that cover biotech stocks and have issued ratings on XLRN over the past three months, eight have been Buys, versus just two Holds. Find out what those other analysts have to say about XLRN.

Flexion had an Oct. 14 PDUFA date for a supplemental New Drug Application (sNDA) seeking approval for repeat dosing of Zilretta. However, the FDA informed the company it will need more time to finish its review; it didn't set a specific date, but said it would be completed in the coming weeks.

The pros covering biotechnology stocks aren't concerned. On the day of Flexion's announcement, two analysts reiterated their Buy-equivalent calls, while a third initiated coverage on the stock with a Buy rating. Indeed, all five of the analyst calls on FLXN over the past three months have been bullish.

Needham's Serge Belanger points out that because the delay doesn't include a request from the FDA for further data or information, the Zilretta sNDA is still a "low-risk catalyst." The analyst expects the decision to come "in a matter of days and weeks rather than months."

"We continue to expect an FDA approval of the Zilretta label-expansion based on the positive results of the phase 3b repeat-dosing study," writes Belanger, who reiterated his Buy rating and $36 price target (137% upside). Check out more Wall Street ratings on FLXN here.

Amarin was notified on Aug. 8 that the FDA planned on holding an advisory committee meeting (AdCom) on Nov. 14, likely pushing Vascepa's PDUFA date back into December. The FDA confirmed in September that the PDUFA date would be Dec. 28. The AdCom announcement knocked shares 22% lower in just two days. Advisory committee meetings are held to seek outside input, so that – in combination with the delayed PDUFA date – made Wall Street less certain about Vascepa's fate.

The biotech stock has recovered since then, however, and the analyst community remains mostly upbeat, issuing seven Buys on AMRN versus just one Hold over the past three months. That includes Cantor Fitzgerald analyst Louise Chen, who cites an Institute for Clinical and Economic Review (ICER) report that evaluated the cost-effectiveness of the therapy.

"Despite the stringent criteria of the analysis, the report concludes that Vascepa easily meets commonly cited thresholds for cost-effectiveness and therefore represents a high long-term value for money," writes Chen, who has an Overweight rating and $35 price target (109% upside potential). "This report underscores the findings of the landmark REDUCE-IT trial and strengthens our belief that the peak sales potential of Vascepa is underappreciated."

Jeffries analyst Michael Yee reiterated his Buy rating and $30 price target (79% upside potential) in September, writing that he expects a positive AdCom outcome. "Of note, the final ICER guidance report for Vascepa was released this morning and largely appears in line with the draft guidance released in late July. (Prescriptions) continue to grow, and we think 2020 Street estimates remain low with a likely positive AdCom vote and approval later this year." Discover how other top analysts rate Amarin at TipRanks. 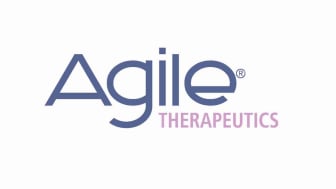 Tiny micro-cap company Agile Therapeutics (AGRX, $1.19) is among the biotech stocks developing treatments for women's unmet health needs. Its primary candidate, AG200-15, which it plans on marketing as Twirla, is a prescription contraceptive patch designed for once-weekly use.

Agile and Twirla have shared a rocky road. The company went public in May 2014 at $6 per share, and after optimism more than doubled the stock's worth by April 2015, it has been all downhill since. Shares currently trade 80% below their IPO price, and were in peril of delisting earlier this year for failure to trade above $1 per share. That's because Twirla has suffered several setbacks, including a January 2017 announcement that more than half the subjects of a treatment study had elected to discontinue the study, a complete response letter (CRL) from the FDA in December 2017 saying they couldn't approve Twirla's New Drug Application (NDA), and an April 2018 update about its continued concerns about the product.

Agile has since resubmitted an NDA for Twirla. The FDA has scheduled an Oct. 30 AdCom, which is close to the Nov. 16 PDUFA date for Twirla.

H.C. Wainwright's Oren Livnat expects Twirla to drive impressive sales if approved. He writes that sales could reach $300 million with 2.6% market share, which amounts to about 50% of the transdermal market. He reiterated his Buy rating in August and set a $4 price target, implying potential upside of 236%.

Agile hasn't gotten much more coverage over the past three months – just five analysts ratings in total. But they've all been bullish. Get every analyst ranking and price target for AGRX on TipRanks.

In the crosshairs right now is reloxaliase, which is designed to treat hyperoxaluria – a condition that involves having too much oxalate in your urine, which can eventually lead to kidney damage.

In a series of presentations slated for Nov. 8-11, Allena will release data from its pivotal Phase III URIROX program. URIROX features two separate pivotal Phase III trials designed to test its reloxaliase drug in patients with enteric hyperoxaluria. The therapy is meant to target the gastrointestinal (GI) tract and has the potential to reduce the risk of kidney stones and other long-term kidney complications.

Reloxaliase already has been granted "orphan" designations by the FDA and the European Commission. Biotech stocks can earn this special status for drugs that treat extremely rare diseases makes it easier to receive marketing approval.

B. Riley FBR analyst Mayank Mamtani is excited about the possibilities fueled by the URIROX program after a discussion with management. He has a $20 price target that implies 277% potential returns over the next 12 months. Meanwhile, Wedbush's Liana Moussatos reiterated her Outperform rating on shares in October, as well as a $26 price target implying the stock could surge 390% from current prices. Find out more about other bullish calls on ALNA at TipRanks.

Maya Sasson is a content writer at TipRanks, a comprehensive investing tool that tracks more than 5,000 Wall Street analysts as well as hedge funds and insiders. You can find more of their stock insights here.