Energy stocks are gearing up for a blowout second-quarter earnings season.

Energy stocks are gearing up for a blowout second-quarter earnings season. And if that comes to pass, that should help extend an encouraging 2018 for the sector, which is up roughly 3% as a whole compared to losses in 2017.

“From an earnings standpoint, energy probably will grow earnings about 130%, and I didn’t misstate that: 130%,” Bill Stone, former PNC chief investment strategist, recently told CNBC. “You have to remember that oil went from a year ago less than $50 a barrel to about $80.”

This bullish analysis is echoed by Goldman Sachs, which recently sang the praises of commodity stocks – an asset class that has shined in 2018 despite a tough June that saw emerging-market demand weakness, trade war volatility and the exit of OPEC from supply restraints. “All of these concerns have been oversold. Even soybeans, the most exposed of all assets to trade wars, is now a buy,” Goldman analysts wrote.

But which energy companies are worthy of your time and money? TipRanks’ market data has pinpointed five “Strong Buy” energy stocks to buy that have unanimous support among Wall Street’s top analysts. In other words, over the past three months, the analysts with the strongest stock-picking track records have doled out nothing but buy ratings.

Data is as of July 23, 2018. Consensus price targets and ratings based on “Best Performing” analysts. Companies listed in alphabetical order. 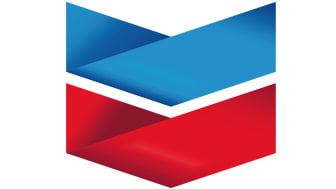 Oil and gas giant Chevron (CVX, $121.33) is an integrated oil major that’s active in more than 180 countries worldwide. It’s also one of the earliest reporters in the earnings season, with its second-quarter report scheduled for the morning of July 27. And the mood is firmly bullish heading “into the print.”

Six top analysts have published buy ratings on CVX shares over the past three months, and two of those were upgrades from holds. Why the sentiment shift? According to Mizuho Securities’ Paul Sankey (view Sankey’s profile & recommendations), Chevron is currently enjoying “a multiyear sweet spot.”

Chevron is reaping the rewards from heavy investment earlier in the decade. Production is growing at an impressive rate, despite a slash in capital spending. Sankey writes that rival Exxon Mobil (XOM), in contrast, has had to boost capital spending “to offset struggling volumes.” He has a $145 price target on the stock (19% upside potential).

Most encouragingly, CEO Michael Wirth has been vocal in his plans to waterproof the company regardless of whether oil prices rise or fall.

“We intend to maintain capital discipline,” Wirth says. “Even with no (further) commodity price appreciation, we expect to deliver stronger upstream cash margins and production growth. This is a powerful combination.” 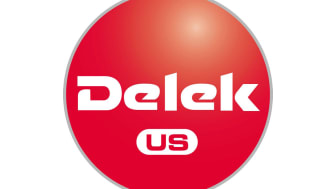 The stock is up 34% in 2018, even despite a pullback that has lasted more than a month. However, Goldman Sachs analyst Neil Mehta (view Mehta’s profile & recommendations) believes DK is primed for more returns.

He recently added Delek, which reports after the Aug. 7 close, to the firm’s elite list of Conviction Buy stocks and gave it a $67 price target (39% upside potential). Mehta thinks average prices for Brent oil will remain in a range of $70 to $80 per barrel across fiscal 2018 and 2019. That should benefit Delek.

Five-star RBC Capital analyst Brad Heffern (view Heffern’s profile & recommendations) adds: “We like Delek US for its leverage to Permian Basin crude supplies, as well as its low-cost refineries that serve niche product markets.” He sees the stock as the preferred way to invest in the Permian.

Investors also should directly benefit from improved cash-flow generation. Writes Heffern, “DK has a very strong balance sheet, and we think recent increases to the dividend and repurchase program are just the start.”

Analysts are raving over GPOR following an early update concerning its Q2 financial results. Specifically, Gulfport revealed a 28% jump in production to 121 billion cubic feet of natural gas equivalent, up from 94.5 billion the previous year.

Following the announcement, Williams Capital analyst Gabriele Sorbara (view Sorbara’s profile & recommendations) moved quickly to reassert his bullish take on the stock. He writes: “We continue to view GPOR as a Top Pick for natural gas exposure, especially as it transitions to free cash flow positive in (the second half of 2018).”

He elaborates on the company’s “Top Pick” status: “Despite our reduced natural gas outlook, we maintain our Top Pick status on GPOR for those seeking exposure to natural gas, as the Company is well positioned via a strong hedge book, firm takeaway, locked-in services, strong balance sheet and numerous catalysts.” 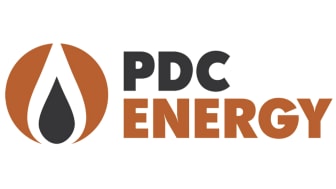 Williams Capital’s Sorbara spies big growth ahead for PDCE, which reports earnings on Aug. 8 after the closing bell; his $86 price target suggests prices will rise by more than 40%. He cites high-quality execution coupled with high visibility on strong free-cash-flow generation. Right now, he is modelling for PDC Energy to generate $492.3 million of FCF in 2019.

“Along with top-quartile debt-adjusted production growth and free cash flow generation potential, we believe PDCE shares are now set up for a re-rating following recent execution across its Delaware Basin acreage (~46,500 net acres in its core Eastern and Central blocks).”

He sums up: “We project PDCE to show strong growth through 2020 (3-year CAGR of 25.6%), anchored by its core assets (Niobrara & Delaware Basin), strong execution and solid financial position/flexibility.” 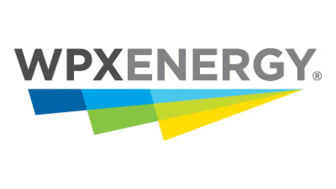 This Oklahoma-based company is involved in petroleum and natural gas exploration. Most notably, WPX Energy (WPX, $18.89) has posted a string of double-digit oil growth over the past six years. This comes from aggressive activity in the Delaware, Williston and San Juan basins.

Top B. Riley FBR analyst Rehan Rashid (view Rashid’s profile & recommendations) recently initiated coverage of WPX, which reports after the Aug. 1 close. So far he is impressed, with both productivity gains and the top-line rate of change accelerating over the last few months.

In particular, WPX has announced significant well results for the North Sunday Island wells in the Williston basin. “These wells have impressive early results reflecting the highest cumulative productivity rates in the history of the Williston basin,” Rashid writes.

However, he does not feel that the company’s substantial resource base has been appreciated. And looking forward, WPX is entering into a new joint venture to develop crude oil gathering system and a new cryogenic natural gas processing complex. It also is increasing its ownership in WhiteWater Midstream from 10% to 20%.

“We believe that execution of this year’s drilling program will firmly establish the platform’s ability to sustainably deliver above-average growth rates” writes Rashid, who has a $20 price target on the stock.

TipRanks.com offers exclusive insights for investors by focusing on the moves of experts: Analysts, Insiders, Bloggers, Hedge Fund Managers and more. See what the experts are saying about your stocks now at TipRanks.com.