In theory, midsize-company stocks operate in a sweet spot for investors.

In theory, midsize-company stocks operate in a sweet spot for investors. No longer struggling to get out of the gates, these financially mature firms, led by experienced executives, should come with more stability than small companies. They should also offer greater potential for growth than mega-size firms, whose shares have market capitalizations (stock price multiplied by shares outstanding) that run into the hundreds of billions.

In practice, the theory holds true over longer periods of time. Over the past 20 years, constituents of the Russell Midcap index, which currently sport market caps between $2 billion and $35 billion, have boosted earnings per share at a faster rate, on average, than their large- and small-cap counterparts. During the same period, mid caps have been about 14% more volatile than stocks in the large-cap Standard & Poor’s 500-stock index and 15% less volatile than the small-cap Russell 2000 index. And in just about any time frame you choose—whether it’s 10, 15, 20 or 30 years—mid-cap stocks have outperformed both their smaller and larger counterparts.

As of June 2019, mid-cap stocks represented 26% of the U.S. stock market, but only 11% of assets in U.S. mutual funds, according to asset manager Carillon Tower Advisers. If you’re considering upping your stake in medium-size firms, consider the following funds, which focus mostly on mid caps. All have able managers, impressive long-term track records and are open to new investors.

Nearly every mutual fund manager claims to invest for the long term, but few take this principle as seriously as Baron Asset fund manager Andrew Peck. His fund’s 9.9% turnover ratio implies that stocks tend to remain in the portfolio for more than 10 years, on average. The average fund investing in fast-growing midsize firms tends to jettison a stock before the second anniversary of its purchase.

For consideration in the portfolio, a firm must sport an excellent management team, an established competitive advantage over peers and a long runway for growth. Businesses that meet the latter requirement typically offer a product or service that addresses a large and growing market and aren’t sensitive to cyclical swings in the economy or commodity prices, says Peck. The top bet in the portfolio is Idexx Laboratories (IDXX), a leading maker of diagnostic tools used by veterinarians. Peck says the firm dominates a market in which he sees sales growing at a rate in the high-single-digit percentages over the next half-decade, thanks to increased demand for veterinary services and growth in pet ownership worldwide. Peck likes the firm’s recurring revenue model, under which it sells equipment to vets and then continues to sell refills for the machines’ disposable components.

Peck likes to see a stock double in five years (the equivalent of a 15% annualized return). Lately, the portfolio has met expectations and then some, returning an annualized 19.8% over the past three years, compared with a 17% return for the Russell Midcap Growth index. The fund isn’t cheap. Its 1.30% expense ratio is well above the 1.02% levied by its average peer. But for investors willing to pay, the fund is a consistent performer, landing in the top half of its peer group in each of the past nine calendar years. 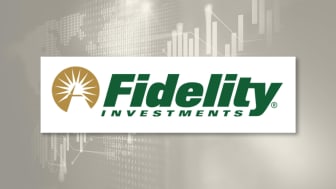 Lead manager John Roth (who also manages the excellent Fidelity New Millennium fund) and comanager Nicky Stafford share two fundamental views: that a company’s stock price is determined by investors’ expectations for the firm’s future earnings power, and that investors are often wrong. This attitude gives a contrarian bent to Fidelity Mid-Cap Stock, which invests in stocks with growth and value characteristics and with market caps between $1 billion and $10 billion. The managers hunt for emerging, fast-rising stocks with potential for growth that the market underestimates, or for steadier stocks whose growth is more sustainable than most investors think. But they also buy cheap, beaten-down stocks with an identifiable catalyst to get them back on track.

Over the past several years, as the fastest-growing stocks have become overvalued, the fund has favored steadily growing businesses and shrunk its allocation to hyper growers to less than 10%, says Roth. An exception is Peloton Interactive (PTON), which the fund bought before it went public in September, and still owns. Roth says the stationary bike maker has potentially disrupted its stodgy industry, marrying home exercise with technology and media, and has a chance to expand the market for exercise equipment as it rolls out new products.

More recently, as investors have bid up steady growers in the face of market uncertainty, the managers have boosted holdings in economy-sensitive firms such as energy companies and homebuilders. Among such holdings, Roth likes Hess (HES), which he says excels at finding profitable offshore drilling sites, and homebuilder NVR (NVR), whose management team Roth lauds for expertly allocating capital.

Going against the grain can ding short-term results. But over the long term, the managers have proved themselves adept and nimble stock pickers. Since Roth began managing the fund in early 2011, Mid-Cap Stock has returned an annualized 10.6%, slightly better than its benchmark and 1.9 percentage points better than the average mid-cap blend fund. 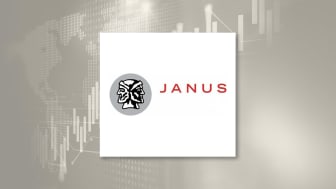 You could say the strategy behind this fund is risk-conscious, though risk-obsessed might be more apt. Managers Justin Tugman and Kevin Preloger start by hunting for high-quality stocks, avoiding firms with high levels of debt and seeking those with competitive advantages over peers and high returns on invested capital (a measure of profitability). The pair are also value investors, favoring stocks that trade inexpensively against measures such as earnings and free cash flow (cash profits left over after capital outlays) relative to other companies in their industry.

Once a stock makes the short list, the managers consider a worst-case scenario: declining revenues, shrinking profit margins and investors’ souring on the stock. If they believe a 25% decline in the share price could be in the cards over the next 12 months, the managers move on. For the remaining names, the pair project a conservatively positive case. The stocks for which the pros outweigh the cons to the greatest extent headline the 60-stock portfolio. For example, the managers recently upped their exposure to top-10 holding Mid-America Apartment Communities (MAA). Tugman says the real estate investment trust, which owns apartment buildings in the Sun Belt, is less susceptible to falling rents or restrictions on increases than are firms operating in big, coastal cities.

The fund’s defensive posture can hamper returns when stocks are hot but holds up when stocks hit the skids. The fund fared better than its benchmark when stocks slid in December 2018 and in the dismal second half of 2015. Over the past decade and a half, the fund delivered an 8.2% annualized return, less than a percentage point behind the index, but with 17% less volatility. In fact, the fund provided a smoother ride than 99% of mid-cap stock funds over the period. 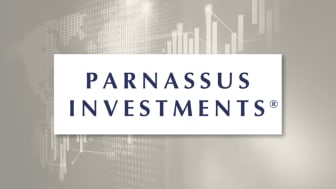 A member of the kiplinger 25, the list of our favorite no-load mutual funds, parnassus mid cap invests in a mix of midsize companies with growth and value characteristics. from the 800 or so stocks in the fund’s benchmark russell midcap index, the team behind the fund, led by matt gershuny and lori keith, whittles the choices down to about 40 high-quality stocks. to be considered, firms must boast increasingly relevant products or services, a dominant position among peer firms and capable execs running the show. companies are also evaluated on environmental, social and governance criteria, and some businesses, such as those commanding significant revenues from alcohol, tobacco or firearms, are excluded altogether. finally, the managers project a stock’s growth prospects against potential risks over the next three years, favoring firms with a narrow range of potential investment outcomes that trade below the managers’ assessment of the company’s true worth.

gershuny is bullish on burlington stores (BURL), a business he says has historically been the “ugly stepchild” among discount retailers. But Gershuny likes the direction of the company under new CEO Mike O’Sullivan and sees an opportunity for the retailer to continue to strengthen its brand while expanding profit margins and boosting sales at existing stores.

There haven’t been many cloudy days for Gershuny and Keith, who took the helm in 2008—about a year before the onset of a record-long bull market. But the fund has done its job during scattered showers, handily outpacing its bogey in 2011, 2015 and 2018—all tough years for stocks. This propensity to lose less when things go downhill should help the fund best the index over the course of a full market cycle, Gershuny says. And even in a strong bull market, the fund has performed admirably, posting an annualized return that trails the benchmark by only 0.6 percentage point over the past decade, with 14% less volatility. 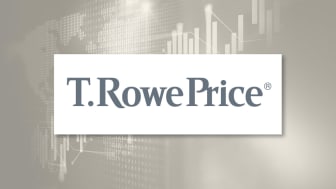 Growth-stock investors, like baseball players, can be tempted to swing for the fences. But with investing, a strikeout means more than a trip back to the dugout–because an investment must return 100% to recoup a 50% loss. Don Easley and Don Peters, who helm T. Rowe Price Diversified Mid-Cap Growth, are happy to pass up the chance to go deep in favor of frequent base hits.

That means avoiding big bets. The fund holds a broadly diversified portfolio of more than 300 stocks, with no more than 1.6% of assets dedicated to any single name. The managers home in on steady growers—firms they believe can consistently increase earnings at double digit growth rates and that have track records of sustaining or boosting return on invested capital over full stock market cycles. But they don’t want to overpay. Stocks in the portfolio trade at 20 times estimated earnings for the next 12 months, on average, compared with a multiple of 27 for the Russell Midcap Growth index. The managers will swoop in when stocks on their radar get cheap. When stocks slid in late 2018, the fund picked up discounted shares in software firms Coupa Software (COUP), Okta (OKTA) and Paycom Software (PAYC). The firms serve large, growing markets and operate subscription-based businesses that should generate steady profits, says Easley.

Results for the fund have been consistent. It has never trailed more than 55% of peer funds in a given year, or led more than 86% of them. But it has beaten the average mid-cap growth fund in eight of the past 10 years.

The fund’s best performers over the past year were software firms.