In a first, the giant retailer has pushed Amazon Prime Day this year from July to October, effectively launching the holiday shopping season weeks early -- during a pandemic.

In this strange year, Amazon’s upcoming 48-hour Prime Day will be doing its part to contribute.

Amazon Prime Day -- really days, but who’s counting? -- is set to launch midnight Oct. 13 and roll straight through Oct. 14. (Amazon has historically hosted its Prime Day in July -- Christmas in July fireworks, so to speak, to ignite a typically dull period in retailing. And it’s worked for the retail giant, which reports racking up larger Prime Day sales in 2019 than it generated on Black Friday and Cyber Monday.)

This year, thanks to the pandemic, Amazon Prime Day now falls dangerously close to the launch of the holiday shopping season, which is typically Black Friday, the day after Thanksgiving. Many shoppers are likely to use Prime Day in 2020 to jump-start their holiday shopping earlier than ever.

Will it be worth your time and money? Don’t get me wrong. I, too, get sucked into the whizzes and whirls of the carnivalesque Prime Day, which manages to add (mostly) unneeded burden to my Amazon Prime Visa card (yes, I am card-carrying Amazon Prime member and have been for many years now). There are deals to be had -- and we’ll get there.

But in case you haven’t taken part in this mercantile madness in years past, I’ll let you in on a little secret: Amazon Prime Day is basically a yard sale of millions of goods Amazon hasn’t unloaded in the past year, with more unnecessaries than necessaries among the flotsam and jetsam.

It’s also an enormous time-suck as you’re whiling away your (uh, working) hours hoping to score a big deal. You might, but there are better chances you won’t. Especially this year.

Here’s what you need to know to find the best deals on Amazon Prime Day 2020 without staring at your computer screen for 48 straight hours:

And note that some early deals have already launched, including two third-generation Echo dot speakers for $40 and four months of Amazon Unlimited music for $1.

Amazon Prime Day 2020: How This Year’s Sale Will Be Different

Let us count the ways.

First, "considering the shortages we’ve seen in recent months, we’d be happy just to see certain products like adjustable dumbbells in stock (much less on sale)," says Nathan Burrow, deals expert for Wirecutter, a product review and recommendation site owned by the New York Times. "Other items that have seen deals in the past but have experienced unprecedented demand in 2020, like Chromebooks, are also unlikely to see quality Prime Day deals."

Ah, Chromebooks: There’s also been chronic shortages of items (think lower-priced Chromebooks and other laptops) related to people working from home and more, schooling from home.

Putting Amazon Prime Day so close to the holiday shopping season could very well siphon holiday sales from other retailers, especially if Amazon shakes things up, as analysts are forecasting, and puts the emphasis on putting items on sale that people generally buy as gifts (a cool sweater for pops, a Kindle subscription for mom). Seasonal items will also shift for Amazon Prime Day 2020, which is in a new season -- fall, instead of mid-summer. Fall-related items, outdoor furniture and patio heaters, may come front and center.

So let’s put it out there: The holiday shopping season 2020 is officially starting in October.

Or consider this little workaround: Join Amazon Prime on a 30-day trial. Give it a whirl on Amazon Prime Day, enjoy your fast and free shipping. . . and, if that’s enough Amazon Prime for you, then cancel before the trial’s up and the payment kicks in. Just sayin’.

On Prime Day 2020, expect Amazon, as it has in years past, to push its proprietary products at big discounts: Fire TV and tablets, Echo and Dot speakers, Kindles, and Ring doorbells (yes, Amazon owns Ring). These smart-home gadgets will sell, especially as we all continue to hunker down. Selling these devices on the cheap gets customers in the door and keeps them in the Amazon world, buying more items through Amazon or support items, like books for Kindle, down the road.

Look for deals on clothing, which Amazon has been pushing hard. Look for deals that are geared to the home, where all of us have been spending most of our time, lo these many months. (To clarify, you won’t see deals geared toward parties or large gatherings at your home. Not in 2020.)

“Also, keep an eye out for big names like Roomba, InstantPot, and Keurig in the home category, as we’ve seen pretty significant price drops on those in the past,” says Casey Runyan, managing editor of deals site Brad’s Deals. “Look for deals on weighted blankets, home cooking tools like bread makers and Christmas cookie kits, and holiday home decor.” Halloween decor, too, we suspect.

As far as electronics go, “it isn't just Amazon electronics, I also expect to see great pricing on Apple, Bose, and other big names,” says Runyan. “We'll also see sales on items from Amazon's other brands especially in the apparel and home categories.”

And with the holidays closing in, deals experts tell us Amazon will be featuring more deals on toys and games.

Deals experts note that the worst things to buy on Amazon Prime Day are items bought under pressure.

Says Wirecutter’s Burrow, “Things like countdown clocks [and] flash sales drive a sense of urgency that can lead us to buy before asking ourselves how this item fits into our lives, or even whether the product in question is worth our time or money at all.”

Wait until Black Friday to buy TVs, as more retailers will be competing with lower prices.

Deals on laptops will be in short supply on Amazon Prime Day, and you're likely to find better prices on Black Friday or Cyber Monday (conversely, some say because of demand, laptops might not be heavily discounted for a while).

Amazon Prime Day 2020: Tips and Tricks to Save Time and Money

Start by building a personal wish list of items you’re targeting on Amazon Prime Day, advises Julie Ramhold, consumer analyst with DealNews.com. Check current prices at other retailers ahead of time, or arm yourself with the Popcart browser extension (see how it works here) to alert you to lower prices elsewhere as you shop Amazon throughout Prime Day. (Learn more about our favorite money-saving deal sites and browser extensions for online shoppers.)

The night before Prime Day, “skim through your favorite [Amazon] departments’ upcoming deals,” says Ramhold. “This can be done by going to the Today's Deals page and then narrowing it by department and upcoming deals on the left rail. Anything you're interested in, mark it as watching; then, before the deal goes live, you'll receive a notification on your phone (and your computer if you've enabled those) so you can jump on it before it sells out.”

Get the Amazon app. You won’t need to be tethered to your computer, and you can get push notifications as new deals are announced throughout the event. “Even if you're still quarantining, having the app downloaded will make receiving notifications easier so you can jump on deals when they go live and avoid missing out,” says Ramhold.

Or visit DealNews throughout the event, where they’ll be tracking the best Prime Day offers in real time.

Also, don’t despair if you miss out on an appealing Prime Day Lightning Deal. "If you’ve just missed a lightning deal, adding yourself to a product listing's waitlist (if available) can allow you to claim any remaining stock if it becomes available again," says Burrow.

Retailers including Walmart and Target have stepped up their game against Amazon in recent years during Amazon Prime Day. They’ll have the big guns out this year. So will a lot of other retailers.

“We’ve known for a while that retailers were going to be kicking off their holiday sales early this year, and Prime Day is when things are going to switch into high gear,” says Runyan of Brad's Deals. “Expect to see big sales at most big box and department stores, including Walmart, Target, Best Buy, Kohl’s, Macy’s, and J.C. Penney. While comparison shopping is always a good idea, the other retailers won’t just be trying to match or beat Amazon’s prices, they’ll be showcasing products and brands that Amazon doesn’t have access to, or are not able to discount as deeply. My message is: These sales are worth checking out for their own merits, in addition to comparison shopping.”

Some examples: Target is rolling out Target Deal Days 2020 as a salvo against Amazon Prime Day, offering deep discounts on hundreds of thousands of items -- on Oct. 13 and 14. Best Buy is offering Black Friday prices on “dozens” of items on Amazon Prime Day. Walmart is going head-to-head with Amazon on Prime Day with blowout deals on a robot vacuum, smart TVs and Nintendo products. Walmart is calling it Big Save.

"We expect more sales and more price matching across retailers than ever before, allowing consumers to pick their favorite retailer and take advantage of any benefits (CC points, a member program that saves an additional percentage) that may be available to them," said Wirecutter's Burrow. "Our advice to consumers this Prime Day: Comparison shop."

In the early throes of the pandemic, Amazon hit road bumps in fulfilling its signature two-day (or less) shipping promise as it focused on fulfilling quarantine-related orders. It’s since stepped up its game. Coincidentally, this week I ordered several different gifts and household goods via Amazon Prime, the first time I’ve done that in many months. All the products arrived in two days or less.

But who knows what kind of strain on shipping Prime Day may put on Amazon if it surpasses last year’s sales?

To that end, you may want to go ahead and start buying for the holidays. Some of those items might not be there when you’re ready to kick off your holiday shopping later in the season.

Housecats may be known for their aloofness and low-maintenance attitude, but they're not cheap. Here's what you can expect to spend if you plan on ado…
Everything You Need to Know About Amazon Prime Day 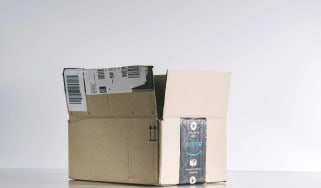 Everything You Need to Know About Amazon Prime Day

Kiplinger.com editor and veteran comparison shopper Bob Niedt joins the Your Money's Worth podcast to talk about the ins and outs of Amazon Prime Day.…
​16 Deal Sites and Tools for Finding Online Shopping Bargains 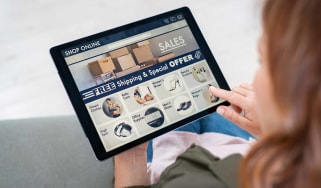 Love shopping online, but hate searching the web for sales? Skip the hassle by using these resources that will do the deal hunting for you.
Retirees' Guide to Giving for the Greatest Impact