3 Funds That Will Weather the Storm in Junk Bonds

The sell-off in high-yield bonds may not be over, but investors seeking rich interest payments can dip their toes in the water with these funds. 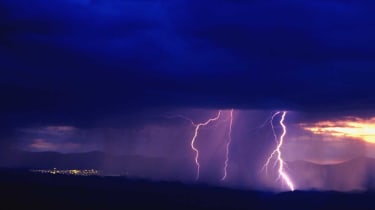 High-yield bonds may look tempting these days. With prices down 13% so far in 2015, yields (which move in the opposite direction) have climbed to an average of 9%, the highest level since late 2011. Thanks to the price declines, many junk bond mutual funds have slipped into negative territory, losing an average of 4.9% so far this year.

Exchange-traded funds have fared worse, with ETFs such as SPDR Barclays High Yield Bond fund (symbol JNK) slumping 8.3% on a total-return basis (the figure includes the interest payments JNK shareholders have collected; all returns are through December 21).

Although yields have climbed to juicy levels, the slide in junk bonds—debt with below-average credit ratings—may not be over. Prices could dip further because a rising wave of energy-company defaults threatens to pressure the entire sector. Investors may still be able to make money in junk bonds, but it’s best to tread carefully.

In fact, the slump in the energy sector is one of the primary reasons for the junk bond slide. Bond defaults among energy companies are climbing, projected to hit an 11% rate in 2016, up from an estimated 7% in 2015, according to ratings service Fitch. Energy bonds make up 18% of the $1.4 trillion junk-bond market and defaults in the sector will bump the overall default rate to 4.5% in 2016, from 3.3% this year, Fitch says.

But some analysts see the default rate climbing even higher as more energy companies miss payments and a smattering of other bond issuers default. Gene Tannuzzo, a high-yield-bond manager with Columbia Threadneedle Investments, expects the default rate to hit 6% in 2016 and 6.5% in 2017. He predicts carnage in the energy patch, with nearly half of all energy companies defaulting within the next two years. “It will catch some investors by surprise,” he says.

Nimble fund managers can sidestep busted energy bonds, helping to insulate their portfolio. Indeed, many actively managed funds are beating junk-bond indexes this year because they’ve avoided energy or kept their exposure to the sector to a minimum.

But the sell-off in energy could be contagious. Investors may decide that junk bonds in general are damaged goods and head for the exits, forcing managers to sell other bonds to meet redemption requests. In fact, that contagion already seems to have taken hold. Investors withdrew $10.9 billion more from junk funds and ETFs in the past six months than they put in, according to Lipper, a fund research firm. Year-end selling by hedge funds and other big investors has also pushed down prices, says Anthony Valeri, a bond strategist with advisory firm LPL Financial.

Longer term, defaults may not top out for some time, continuing to exert pressure on the market. Between December 1996 and December 2001, when defaults climbed from 1.7% to 10.8%, annualized returns amounted to just 3.5%, says Marty Fridson, a veteran junk-bond analyst. Plus, interest rates could climb over the next few years pushing down prices for a wide variety of bonds. “You’re swimming against a tide of rising defaults that could be compounded by a rise in rates,” he says.

Moreover, the junk bond market may not be as cheap as it seems. Bonds issued by energy, metals and mining firms yield a sky-high 14.6% (a level signaling severe distress). But carving out energy, junk bonds yield an average of 7.6%. Although that beats the roughly 4% yield junk was paying in the middle of 2014, it’s not historically high, says Tannuzzo. Compared with U.S. Treasuries, which pose no chance of default, junk-bond yields “aren’t adequate for the risk,” Fridson says. “I don’t think there’s any rush to jump in.”

Granted, bond prices could stabilize or even edge up if defaults don’t increase as much as expected. It usually takes widespread weakness in corporate profits to knock junk bonds down sharply, and analysts expect earnings for companies in Standard & Poor’s 500-stock index to climb about 8% in 2016. The bond market isn’t flashing warning signs of an economic downturn. Furthermore, the Federal Reserve’s recent decision to hike its benchmark short-term interest rate signaled that the economy appears strong enough to handle slightly higher borrowing costs.

Some fund managers say the market already reflects a rising default rate, including the severe losses in the energy patch. Bond yields climb long before defaults reach a peak, says Sandy Rufenacht, co-manager of the Aquila Three Peaks High Income Fund (ATPCX). Investors are being compensated for the risks much more than they were a year ago, he adds. Still, Rufenacht is avoiding energy bonds and focusing on areas such as media, telecom and real estate.One fund with a solid record: Osterweis Strategic Income (OSTIX). A member of the Kiplinger 25, the fund sticks with shorter-maturity bonds that pose minimal interest-rate risk. Holding about 100 bonds, the managers look for companies heading in the right direction—shoring up their finances to try and nudge up their credit ratings, which would give their bonds a lift. Although the fund held 20% of its assets in cash as of October, the managers are now buying bonds that have tumbled. “You want to buy when things look bleakest,” says co-manager Carl Kaufman. Osterweis has lost 1.4% so far this year on a total-return basis. The fund yields 5.5%.

Other top-notch funds include Buffalo High Yield (BUFHX) and Vanguard High Yield Corporate (VWEHX). Sticking to the upper tiers of the junk spectrum, the funds make only modest bets on the most speculative debt. Neither allocates more than 10% of assets to energy bonds. If the market tumbles, these funds will go down, too. But in a tough market for junk bonds, they’re both beating the average fund this year, with Buffalo eking out a 1.5% total return and Vanguard slipping just 2.5%.

The Buffalo fund only yields 3.2%, partly because it held 20% in cash, dividend-paying stocks and bank loans as of October; all yield much less than junk bonds. Vanguard pays out 6.2%. Although both yields are below-average, the funds’ conservative stance may be much more valuable if the market continues to slide.