A hefty chunk of cash has helped this small-company fund’s performance. 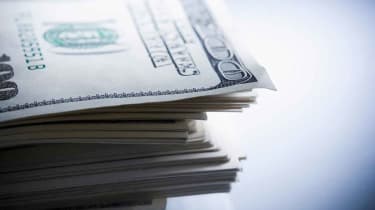 Cash is always king at Royce Special Equity (RYSEX). Managers Charles Dreifus and Steve McBoyle want to have ample funds to snap up shares when they see opportunities. The small-company stock fund typically holds 8% to 10% of its assets in ready money—more than its peers (funds that invest in value-priced small-cap stocks), which maintain a roughly 3% cash position.

The cash also cushions the fund when stocks slide. In 2018, for instance, the Russell 2000 small-company stock index sank 26.9% between September and late December. Special Equity held up much better, with a 16.9% loss. That’s a key reason the fund ranks well, relative to its peers, over the past 12 months.

But the managers aren’t afraid to let cash build when small-cap stocks soar, and that can be a drag on performance. Since the start of 2019, the Russell 2000 has gained 14.5%. Special Equity is up just 5.6%. The fund’s cash position at last report: 21% of assets.

Overall, the fund’s strategy of winning over time by losing less has earned mixed results. Special Equity’s five-, 10- and 15-year annualized returns, for instance, lag its typical peer and the Russell 2000 index. But the fund has been roughly 15% to 20% less volatile than its peers over those stretches. And since its 1998 inception, Special Equity has bested the index by an average of 1.5 percentage points per year.

Dreifus and McBoyle favor small, profitable firms that trade at a discount. A stock is a bargain if, among other measures, it trades below its enterprise value, which Dreifus says is the price you’d have to pay to buy the company outright. Then they home in on stocks that score well on profitability measures such as return on assets and free cash flow (cash profits left after capital outlays). In particular, the managers are looking for companies that report their financial results with no embellishment. “We want firms that are cheap, good and ethical,” says Dreifus. Few companies make the cut. The current portfolio comprises just 38 stocks.

The managers took advantage of the 2018 market sell-off to add five stocks to the fund. One of them, Johnson Outdoors (JOUT), makes outdoor recreation gear. It has gained 38.4% so far this year.

K7I-FUNDTRENDS_RANKINGS.a.indd
Share via EmailShare on FacebookShare on TwitterShare on LinkedIn