Our search for great stocks from around the world led us to the Netherlands-based oil and gas giant. 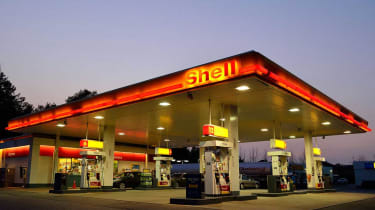 We went looking for the greatest companies outside the U.S. and came up with eight proven picks. Here's one of them: Royal Dutch Shell (symbol RDS.A). To make the list, the businesses had to have U.S.-traded shares and be industry leaders. They also had to possess substantial financial resources to weather rough economic times. Finally, we sought companies that had significant catalysts to drive the next phase of their growth.

Read more about the case for investing in Royal Dutch Shell below. Prices and related figures for U.S.-traded shares are as of August 23. Earnings estimates are for calendar 2016 and 2017, unless otherwise noted. Price-earnings ratios are based on estimated 2016 earnings, unless otherwise indicated. Also, take a look at seven more great stocks from around the world.

The business: With revenue of $272 billion in 2015, Royal Dutch is the world's second-biggest energy company not controlled by a government (ExxonMobil (XOM) is number one). Royal Dutch, which dates back to 1833, explores for, refines and sells oil and natural gas worldwide.

Track record: With the plunge in energy prices, Royal Dutch’s results have been abysmal for the past two years, as they have been for the entire energy sector. Revenue in 2015 was down 45% from the 2011 peak. The company earned just $1.9 billion in 2015, down 87% from 2014. Royal Dutch’s U.S.-listed shares lost half their value from the 2014 high to the low early this year, before rebounding modestly along with oil prices.

Reasons to own it: Royal Dutch is worth a look by any investor now hunting for depressed energy stocks. For starters, the U.S. shares boast an enormous 7.5% dividend yield. That's the highest of any major energy firm. An extraordinarily high yield often signals Wall Street’s belief that a company may cut its dividend. But bulls on Royal Dutch are convinced that it will protect the payout. That brings us to the second part of the stock's appeal: Royal Dutch is reining in capital spending sharply and selling low-returning assets to raise cash for dividends and debt reduction. Barron's magazine was impressed enough with the company's new fiscal discipline to recently dub it "the best big oil stock." Also, if energy prices keep creeping up, Royal Dutch could resume growing in the next few years, thanks in part to its recent takeover of natural gas giant BG Group. The deal makes Royal Dutch the world's biggest gas producer, with rich, low-cost gas (and oil) fields off the Brazilian coast. The huge yield notwithstanding, this isn't a stock for widows and orphans. But if Royal Dutch pulls off its turnaround, high risk could morph into high returns.