Skip to headerSkip to main contentSkip to footer
Credit & Debt

Here's how you can stay in their good graces and avoid sky-high rates.

Debra Tanner was thrilled earlier this year when her longtime credit-card issuer cut her interest rate nearly in half, from 16% to 9%. But a few months later, the thrill was gone. In August, Tanner discovered that the card issuer, HSBC Bank, had jacked up her rate to 30%. In fact, the rate hike had gone into effect several billing cycles earlier without Tanner noticing.

When she called to protest, a customer-service representative told Tanner that her rate was being raised because she had been two days late with a payment. The bank refused even to consider restoring her lower rate until at least November.

Tanner, who owns a gift-basket business in Clearwater, Fla., considers herself a responsible borrower. The issuer has steadily increased her credit limit (to $16,000 currently) since she got the card in 1993. "I don't see anything in my record that justifies raising my rate so high," she says. After Kiplinger's contacted HSBC, the bank agreed to lower her rate to prime plus five percentage points -- about 10% recently -- and to give her credit for the additional interest charges she had paid since March.

What Tanner learned the hard way is that lenders are not only skittish about extending new credit but are also clamping down on existing customers. In July, a survey of senior loan officers by the Federal Reserve Board found that during the preceding three months, 65% of U.S. banks had tightened their credit-card lending standards by raising required credit scores or lowering existing credit limits. That was up from the April survey, in which 30% of banks reported tightening their standards.

A year ago, a credit score of 720 had lenders lining up for your business; today you need a score of 740 or higher to get the best rates, says Ben Woolsey, director of marketing and consumer research at CreditCards.com. Bank of America, for example, says it's looking for higher FICO scores, although it wouldn't specify a number.

And a higher score alone might not be enough to keep lenders happy. They're also scrutinizing your credit-card use more frequently, looking at where you live and what you buy. HSBC, for example, says it has tightened its credit criteria and will "continuously monitor changing market and economic conditions."

In addition, says Woolsey, lenders are less willing to cut you slack for minor, one-time infractions. And you're less likely to receive solicitations for new credit or to get automatic increases in your credit line. "The definition of what makes a good customer has gotten a little more stringent," says John Ulzheimer, president of consumer education for Credit.com.

Risk factors. In some cases, credit-card companies are using geography as a risk factor, especially if you live in an area that's experienced declining home prices or if you hold a subprime mortgage. For instance, Discover is cutting back on marketing programs in "rising-risk areas" and limiting automatic credit-line increases. Discover didn't cite specific risk areas, but states such as California, Florida and Nevada have been hit hard by home foreclosures.

Your work or business could also be a factor. American Express says it's reducing credit lines for cardholders at greatest risk -- including small businesses in the construction, home-building and mortgage industries.

Some card issuers are also paying closer attention to your spending habits. In June, the Federal Trade Commission sued CompuCredit Corp. for failing to disclose to cardholders that the company would monitor certain payments -- to bars, massage parlors and marriage counselors, for example -- and could reduce their credit lines as a result. There's nothing wrong with that kind of snooping, as long as card issuers tell customers that they use such data to evaluate risk. CompuCredit says the FTC's allegations about its marketing practices are "untrue and without merit."

What to do. Despite the increased scrutiny, you can still satisfy card issuers' requirements. 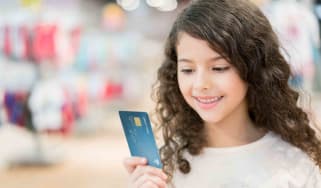 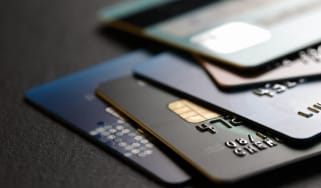 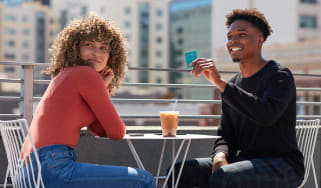