When Passing the Reins of Your Business, What NOT to Do!

Transitional periods can be especially dangerous for small-business owners, leaving them vulnerable to some of the most common mistakes. For example, beware of the urge to expand your successful small business into oblivion. 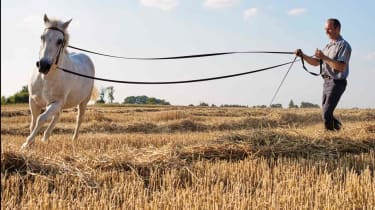 How often have you shaken your head in disbelief when learning that a decades-old, successful family-owned business has filed for bankruptcy protection, the result of decisions that were supposed to help it survive and keep the children at its helm?

It is a common reality. As Lyle Sussman, Ph.D., former Chairman and Professor Emeritus of Management, College of Business and Public Administration at the University of Louisville, observes, “There is a life cycle to any family-run business, and some of the most difficult decisions about its future come at a time when the founders are trying to ease themselves out, looking forward to retirement. Often, owners are pressured by relatives into an expansion mode instead of keeping things small and manageable.”

Some years ago, my office was proud to have as clients “Jimmy,” his wife, “Katherine,” and their restaurant, simply called “Jimmy’s Place,” which had a following of customers who would drive over an hour just to dine there. Great steaks and lobster — a restaurant that consistently offered good food, lots of it at an attractive price would succeed, and Jimmy’s did. Then brother “Dave,” who had been absent from their lives for years, suddenly reappeared and with an idea.

“You two aren’t getting younger and can’t keep this pace up forever, so why not open a second location that I’ll manage, and it will be an exact copy of what you now have? Roy (their brother) can take over operations of Jimmy’s Place and we will buy you two out?” he suggested, offering no money to invest, but boasting of a superior management ability, by virtue of having graduated at the top of his class from law school at the University of California at Irvine.

But there was only one problem with Dave’s educational accomplishments: A law school at UC Irvine would only come into existence 15 years later. Dave was a con, anarcissistic, sociopathic con, but Jimmy refused to believe it. Over my objections, he accepted Dave’s offer, mortgaged everything to build a second restaurant called – you guessed it — “Dave’s Place” in a nearby farming town.

Dave — considering himself a true restaurateur — wanted it to be a classy place, and so he had a “No Hats Policy,” ordering patrons to remove their hats. This, in a farming community, did not go over well. His arrogance led to a boycott of the restaurant. Meanwhile, back at home, brother Roy — who had taken over management of Jimmy’s Place — one day didn’t show up. He had checked himself into a mental hospital, unable to take the stress of running a busy restaurant.

Within months, Jimmy had a heart attack, the couple lost their home and all they had worked so hard for wound up in bankruptcy court. How they stayed married was a testimony to Katherine’s love.

To Dr. Sussman, what happened was predictable, could have been avoided, and is a good example of the saying, “A family business often goes from rags to riches to rags.”

You Can’t Clone Yourself

“While your example was an established business, so often whenever a start-up is successful at one location, owners assume it can be cloned at another. This is especially true with restaurants. But what works now and here, can never be exactly duplicated. You cannot clone success, and even well-established franchise companies will have the occasional failure.

“By increasing scope and scale, problems are created, regardless of how good the concept is. The moment you hire other people to put your vision into practice, invariably you are hiring people who are not you. Over time, the passion and the vision dissipates. That is the norm and not the exception. They will cut corners and do things that you would not, in large part because they do not share your DNA, your vision or the depth of your passion.”

Why Small is Beautiful

How often have you seen a restaurant in town open a second location a few miles away, and then in the blink of an eye, they both fold? “Why do they do this? What’s going on with them?” you no doubt wonder. Sussman explains what leads to these awful outcomes:

“Don’t assume that small is bad. Keeping things small and manageable gives you peace of mind and balance in your life. It allows you to run your business without too many accountants and attorneys, providing enough profit to give you the life you want.

Sussman wraps it all up with his philosophy: “Small is beautiful.”