These measures will help drive voter turnout in some tight U.S. Senate and gubernatorial races. 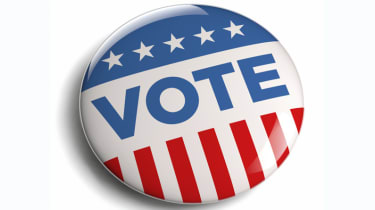 Voters in 40 states and the District of Columbia will get the chance to make social and economic policy, weighing in on more than 130 statewide ballot measures at the polls on November 4. At a time when Washington is accomplishing little in the way of policymaking on key issues, state governments and voters themselves are filling the vacuum.

Moreover, with control of the U.S. Senate at stake, both political parties are hoping that ballot questions on hot-button topics will draw more of their supporters to the polls in November. Democrats are banking on minimum wage measures and other economic issues to attract voters likely to favor their candidates. They also hope that efforts to legalize marijuana could appeal to younger, liberal voters. On the other hand, the GOP is counting on ballot questions aimed at restricting abortions to get out more Republicans to the polls.

Some battles to watch:

Minimum wage hikes. In Alaska, Arkansas, Illinois, Nebraska and South Dakota, voters will decide whether to increase their state’s minimum wage. Of those states, Illinois has the highest proposed wage, $10 an hour. In Alaska, minimum pay would rise to $9.75, and in South Dakota, to $8.50. In addition, future hikes in those states would be tied to inflation. If ballot initiatives pass in Arkansas and Nebraska, the state minimum would increase in stages to $8.50 and $9, respectively.

All five state measures are likely to pass. Since 1998, minimum wage increases have been on the ballot 10 times in nine states. All were approved.

It’s notable that in two states considering higher minimum wages, Alaska and Arkansas, races for U.S. Senate seats will be among the five most hotly contested. Incumbent Senators Mark Begich of Alaska and Mark Pryor of Arkansas are among the Democrats’ most vulnerable this fall, and the success or failure of their reelection bids may well determine which party controls the chamber next year. Although the Republican challengers in the two races, Dan Sullivan in Alaska and Tom Cotton in Arkansas, as well as the Democratic incumbents support approval of the state ballot initiative, the Republicans oppose President Obama’s call to boost the federal minimum wage to $10.10 an hour.

Abortion. Voters in Colorado, North Dakota and Tennessee will vote on measures designed to end or reduce the availability of abortions. The measure in Colorado would amend the state’s constitution to define a fetus as a person under the Colorado criminal code. Similar “personhood” measures have failed twice before in the state. N.D. voters will likewise decide on a “personhood” measure, defining life as beginning at conception. Tennessee voters will be asked whether or not to add language to the state constitution declaring that nothing “secures or protects” a right to an abortion. Opponents say that would lead to restrictions.

Marijuana. Voters in Alaska, Oregon and Washington, D.C., will decide whether to legalize and regulate pot sales. In 2012, Washington state and Colorado became the first states to legalize recreational use of marijuana, bringing them new revenue streams.

In Florida, a ballot issue seeks approval of the use of marijuana to treat certain medical conditions. If approved, Florida would join 23 states and D.C. in allowing such use.

A variety of other ballot initiatives across the states are worth keeping an eye on. Among them: