Five States That Hold the Key to Control of the Senate

Don’t be surprised if Democrats keep power. But either way, gridlock will remain. 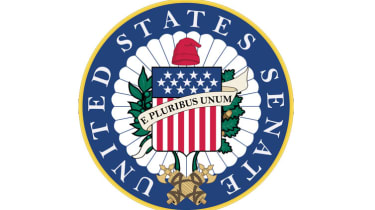 Hype and headlines aside, Republican control of the Senate is far from a certainty when the votes are counted in November.

It won’t be a shock if Democrats keep power by a slim margin, in fact, despite Republicans fielding better candidates overall than they did in the 2012 elections. Nor will it be a big surprise if the question of who’s in charge isn’t answered until December, thanks to unusual election laws in Louisiana.

This much is certain: Republicans will pick up seats. They now hold 45 and the Democrats have 55, counting two independents who caucus and vote with them. But the GOP might find itself on the short end of a 51-49 split. Or at 50 seats each, with Vice President Biden keeping Democrats on top with his power to cast tie-breaking votes. It’s more than a hypothetical proposition.

Republicans are certain to win three Democratic-held seats: in Montana, South Dakota and West Virginia. That’s half of the six they need for a slim majority, 51-49. All three seats are open after the retirements of longtime incumbents (and, in Montana, the appointed Democrat’s decision not to run after plagiarism allegations were made against him).

But Republicans will have to defeat at least two incumbents, maybe three, to take back power — a tall order even now, in what would seem to be ideal circumstances for the GOP. The fact is, incumbents almost always win. For three to lose would be noteworthy.

These five states hold the key to the Senate: Alaska, Arkansas, Iowa, Louisiana and North Carolina. Iowa is the lone state among them without an incumbent Democrat on the ballot.

Here is how the races in those states shape up:

Alaska: Democrat Mark Begich is vulnerable, and Republicans are pleased with their candidate, former state Attorney General Dan Sullivan. The wild card here is whether Begich, wrapping up his first term, can distance himself enough from President Obama to appeal to the independent streak in many Alaska voters.

Arkansas: Mark Pryor looks like the Democrats’ most vulnerable incumbent. But Republican Tom Cotton isn’t pulling away. Pryor might get a late boost from former President Bill Clinton, who served as the governor of Arkansas before winning the White House in 1992. Clinton hopes a little spadework for Pryor this year will translate into some help for Hillary Clinton’s expected 2016 White House bid.

Iowa: Polls show the percentage of undecided voters in double digits, so look for this race to be decided late. In the U.S. House, Democrat Bruce Braley voted to raise the estate tax. That’s a huge no-no among the state’s farmers, and Republican challenger Joni Ernst is trying to use the issue to drive GOP turnout.

North Carolina: This could be the straw that breaks the GOP’s back. Incumbent Democrat Kay Hagan started the election cycle seemingly headed to defeat. But lately, she’s been holding a slight advantage over North Carolina House Speaker Thom Tillis. Seems the only things state voters dislike more than Washington antics are those in Raleigh.

That leaves Louisiana. To avoid a December runoff, either incumbent Democrat Mary Landrieu or top Republican Bill Cassidy needs to win a majority of votes on Nov. 4 — an unlikely scenario, given the closeness of the race and nine candidates on the ballot. One, Republican Rob Maness, may end up with about 5% of the vote, potentially enough to be a spoiler.

So here’s the cliff-hanger scenario: At the end of the night, with Louisiana headed to a runoff, Republicans hold a 50-49 edge. With more than 50, Republicans would win the Senate no matter what happened in the runoff. With fewer than 50, Democrats would maintain control no matter what, either outright or in a 50-50 split.

An extra month of campaigning with no other races in play would send a flood of money and advisers to the Pelican State. It also would provide the greatest election spectacle since the 2000 presidential race between George W. Bush and Al Gore went to overtime and was decided by the Supreme Court more than a month later.

Overtime or not, gridlock won’t end, no matter which party claims control of the Senate. The margin will be much closer than it is now, and further from the 60 votes that are needed to move most bills. Even if Republicans manage to sneak through something that Obama disagrees with, he can issue vetoes with little worry of legislative override.