5 HEROES Act Provisions with a Good Chance of Becoming Law

The massive federal stimulus bill just passed by the House of Representatives is "dead on arrival" in the Senate. But a few proposals in the bill have enough bipartisan support to eventually become law.

Oh well, it was nice while it lasted. Even though there were tough negotiations, Republicans and Democrats in Washington were able to quickly pass the first few coronavirus economic stimulus bills. But now it looks like hyper partisanship reigns supreme once again in the nation's capital. For evidence of this, look no further than the most recent stimulus package being kicked around in Congress — the Health and Economic Recovery Omnibus Emergency Solutions (HEROES) Act. Democrats just pushed the massive, $3 trillion bill through the House of Representatives. But President Trump and Republican lawmakers have declared it "dead on arrival" in the Senate. It seems as if the two sides couldn't be further apart.

But there's a glimmer of hope. There are enough lawmakers on both sides of the aisle who believe Americans need more help. So, while the HEROES Act as it exists right now is destined to go nowhere, it's likely that another stimulus package of some sort will eventually get through Congress and be signed into law by the president. Are there any provisions in the current HEROES Act that could be included in the next law? You bet! Here are five HEROES Act proposals with a good chance of ultimately becoming law.

A Second Round of Stimulus Checks

President Trump has expressed interest in a second round of stimulus checks. That certainly improves the chances of an additional round. Plus, while Senate majority leader Mitch McConnell (R-Ky.) wants to wait before passing any additional stimulus legislation, he hasn't publicly closed the door on the idea, either. Several other Republican Senators aren't necessarily enthusiastic about another second round of stimulus checks right now, but many of them seem open to the idea if they are needed later.

Republicans certainly aren't likely to support a stimulus check program that is too costly (like the proposal to send $2,000 monthly checks until the pandemic is over). However, as long as payment amounts aren't too high, eligibility isn't too broad, and the duration is limited, the odds of seeing a second round of stimulus checks are good.

Improvements to the Employee Retention Credit

The CARES Act, an earlier economic stimulus law enacted in March 2020, created a new payroll tax credit for businesses impacted by the coronavirus pandemic that continue to employ their workers. It's called the employee retention credit, and both Democrats and Republicans are interested in making it better.

The credit can be worth up to $5,000 per paid employee (50% of up to $10,000 in qualified wages). However, it only applies to qualified wages paid from March 13 through December 31, 2020. What is considered "qualified wages" depends on the number of employees the business had in 2019. If a company averaged more than 100 full-time employees, qualifying wages are only those paid when an employee is not working due to (1) a full or partial suspension of the employer's business operations by a governmental order, or (2) the business experiencing a significant decline in gross receipts. For smaller firms, all wages paid when business operations are suspended, or the business is experiencing a significant decline in gross receipts, are eligible for the credit.

The HEROES Act offers several improvements to the credit. For instance, it would bump the maximum credit amount from $5,000 to $36,000 per paid worker. The bill would also change the 100-employee rule for determining qualified wages for large employers. Under the HEROES Act, only a company with more than 1,500 full-time employees and gross receipts greater than $41.5 million in 2019 would be treated as a large employer. Among other things, the bill would also extend the credit to eligible state and local government employers and allow businesses that take out Paycheck Protection Program loans to qualify for the credit.

There's bipartisan support for these or similar changes. Regarding the credit, Rep. Kevin Brady (R-Tex.) indicated that Republicans are "willing to discuss, in a bipartisan way, how to make it work better and to expand it." It's a win-win proposition for both sides. Democrats like the fact that it will boost employment retention for workers, and Republicans can get behind the business-support aspects of the proposal. Expect enhancements to the employee retention credit to be enacted in the future.

Expansion of the Paycheck Protection Program

The HEROES Act also calls for enhancements to another one of the CARES Act relief measures—the Paycheck Protection Program (PPP). Under the PPP, a small business can borrow up to 2½ times its average monthly payroll costs (up to $10 million) without collateral, personal guarantees, or fees. All loan payments are deferred for six months, but interest accrues during this period. Borrowed funds don't have to be repaid to the extent they're used to cover the first eight weeks of payroll costs, rent, utilities and mortgage interest. Businesses must keep their workforce largely intact during that period to qualify for loan forgiveness. At least 75% of the forgiven amount must be used for payroll expenses. The interest rate is fixed at 1%.

Among other things, the HEROES Act includes provisions to:

This has been an extremely popular (and high-profile) program. In fact, demand for PPP loans was so high that the program ran out of money just a few days after it was launched. Fortunately, a second act of Congress quickly resupplied the program's coffers. Both Democrats and Republicans support the PPP program, and expanding it seems like a no brainer for the next stimulus bill to get through Congress. While all the PPP enhancements contained in the HEROES Act won't eventually become law, expect at least a few the bill's most significant PPP provisions to move forward.

Aid to States and Local Governments

Democrats have been pushing hard for more aid to state and local governments, and they're not likely to vote for any future stimulus package that doesn't include this type of relief. While Sen. McConnell has said there would be no aid to states without liability protections for business and suggested that states should declare bankruptcy instead, he has not completely ruled out state and local government assistance. In addition, even though President Trump has been critical of "bailing out poorly run states," White House officials are reportedly open to negotiating a state and local aid package.

Few people deny that state and local governments need financial help. After all, both Democratic and Republican lawmakers in Congress come from states that are hurting. That's why the odds of aid to states eventually being approved are high. How much? That's the real question. The HEROES Act calls for more than $1 trillion in aid to state and local governments. Don't expect an agreement for that much money, but we'll probably see a more modest relief package enacted into law. According to a Tax Foundation report, the projected two-year state and local government revenue loss from the coronavirus crisis is less than $500 billion. A good guess for an enacted aid package would be in that range.

There could be restrictions on how states and local governments use the funds, though. Some Republicans will insist that the money be used to address coronavirus-related problems, such as putting employees back to work.

The day before the HEROES Act passed in the House, the Department of Labor announced that a whopping 36.5 million Americans lost their job during the previous eight weeks because of the COVID-19 pandemic. These are staggering numbers that catch the attention of lawmakers on both sides of the aisle. Because the need for additional unemployment compensation is so great, Republicans are likely to go along with some extension of benefits.

The CARES Act provided relief for the unemployed back in March. Among other things, that legislation:

Under the HEROES Act, these and other CARES Act unemployment compensation measures would be extended to January 31, 2021. However, don't expect that much relief for the unemployed in the next stimulus bill to become law.

The main concern for Republicans is that payments to unemployed people will increase to the point where workers feel they're better off staying at home instead of going back to work if the opportunity arises. As a result, it will be difficult to get an extension of the extra $600 per week in unemployment compensation through Congress. Extending unemployment benefits in other ways is less problematic, so expect some enhancement of unemployment compensation to eventually pass. 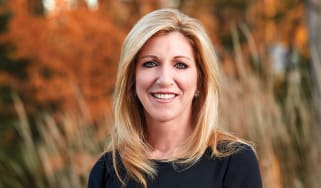 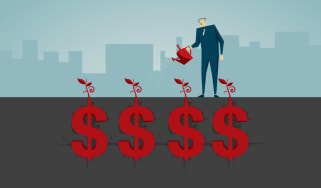 Regularly updated insights on the economy’s next moves.
Are You Liable When a Customer’s Hummer Gets Stolen from Your Parking Lot?

A motel stay led to an unfortunate loss for a California couple. Can they hold the motel responsible? A lawyer’s take on the situation may not leave t…
What Biden Will Do: 24 Policy Plays to Expect From the Next Administration