The aerospace industry drives the economy in our number-one pick.

Talk about a bulletproof economy. This northern Alabama city represents critical mass for the nation's missile-defense and aerospace industries. The medical and life-sciences industries are thriving, too. Thousands of new jobs are pouring into town. With a few exceptions, business in Huntsville is so healthy that Mayor Tommy Battle has a pleasant problem: "We have more jobs than we can fill."

Huntsville owes much of its red-blooded vitality to the U.S. Army, which employs more than 14,000 people, mostly civilians, at the 38,000-acre Redstone Arsenal. "If a soldier drives it, eats it or shoots it, we're involved -- beans to bullets," says Dan O'Boyle, arsenal spokesman.

As part of an ongoing consolidation of army bases and personnel -- known as BRAC, the 2005 Base Realignment and Closure process -- the arsenal will hire 5,000 more people over the next few years, and another 5,000 jobs will be added indirectly to the area. 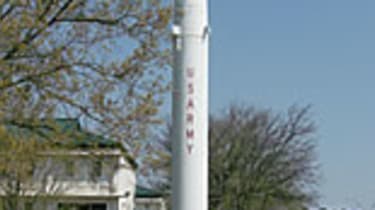 As for aerospace, Huntsville isn't called Rocket City for nothing. The giant rocket replica that pierces the Huntsville skyline not only makes a handy reference point for out-of-towners but also represents Huntsville's storied -- and still strong -- role in space exploration. The site of the historic test launch of the Saturn V rocket, which put the U.S. space mission one step closer to the moon, Huntsville houses an original Saturn V at the U.S. Space & Rocket Center and hosts thousands of students each year at the center's Space Camp. The Marshall Space Flight Center, part of NASA, employs 2,500 scientists, many of whom are working on the next moon launch.

All those scientists and engineers create a bubbling brew of brainpower that attracts other intellectuals. Says Rick Davis, director of Cummings Research Park, "Smart people come here." Huntsville encourages the influx by offering companies below-market real estate prices and room to grow at Cummings, which encompasses 3,800 acres. The HudsonAlpha Institute for Biotechnology, a recent arrival, represents Huntsville's foray into the next frontier. HudsonAlpha translates the results of the Human Genome Project into the development of new, targeted medicines. Says director Richard Myers, "In five years, we will all be taking our genomic sequence with us to the doctor's office."

Not every sector in Huntsville is booming. Car sales have plummeted in recent months, and home sales have slowed, especially for houses priced at $300,000 and up. Still, Huntsville's otherwise strong economy, combined with a scenic, mountain-view setting, a historical downtown, top-quality museums and a 110-acre botanical garden, encourages residents to stay put and newcomers to stream in. Says Battle: "This place never misses a beat."