The University of Georgia, medical services, manufacturing and hospitality energize our number-five pick.

It's nicknamed the Classic City for both its name and its neoclassical architecture, but Athens, Ga., is anything but old-fashioned. Although Southern charm clings to streets lined with Greek Revival mansions and Victorian-era storefronts, the air is charged with change.

The University of Georgia, for which Athens was created as a home, is in large part responsible for that energy. Athens has 110,000 residents, almost a third of whom are students. The university is the city's largest employer.

Though the economy in much of the state is in crisis -- half of Georgia's counties are reporting unemployment of 10% or higher, and the rate has jumped to 9.1% in Atlanta -- the unemployment rate in Athens is 6.8%. 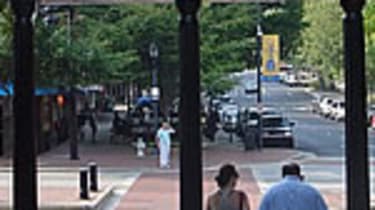 In addition to the university, Athens boasts a hub of regional medical services and has an unexpected manufacturing base. Athens Regional Medical Center, St. Mary's Health Care System and Landmark Hospital, a long-term acute-care facility, provide health care and jobs not only for the community but also for nearby counties. International manufacturing companies, such as Carrier and DuPont, have operations in Athens.

Hospitality is another driver of the economy, and the only sector to have shown employment growth in 2009. Tourism and conventions add to the pot, but the big show is football season, when the Bulldogs come out to play.

The city offers an impressively eclectic variety of entertainment. As the birthplace of the B-52s, R.E.M. and Widespread Panic, Athens serves up music from rock and blues to alt-country. Boutiques and restaurants keep the downtown streets buzzing. Loft space and apartments sit above the hum, adding life after the last note of the night fades away.