You can thrive in our number-seven pick even if you don't work in politics or education.

You can't argue with Madison's numbers. The Wisconsin city has a long track record of low unemployment, and its jobless rate is currently three percentage points below the national average. This city also wins for its low crime rate, first-rate public schools and a ready-made economy that feeds off of its two largest assets: The University of Wisconsin (and its expanding research centers) and the Wisconsin state capital.

But you don't have to work in politics or education to thrive here. Those two institutions account for only 20% of Madison's jobs. Many of the rest come from its strong mix of tech and biotech firms. And the city is friendly for start-ups, with five business incubators that fuel employment. 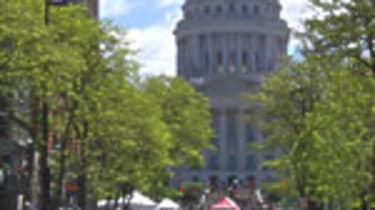 Expect the offbeat. The satirical newspaper The Onion hails from Madison, as do several indie music labels and a hurling team.By 2016 Madison may be linked via high-speed rail to Chicago, Milwaukee and Minneapolis. Plans are under way, but funding may depend on the 2016 Olympics. A winning bid for Chicago would give Madison three cycling events to host and help land that high-speed connection.