Olympia is a cultural diamond in the rough of the Pacific Northwest. Mischaracterized sometimes as a sleepy government town, Washington's state capital -- just 60 miles southwest of Seattle on the southern tip of Puget Sound -- enjoys a thriving visual and performing-arts scene. 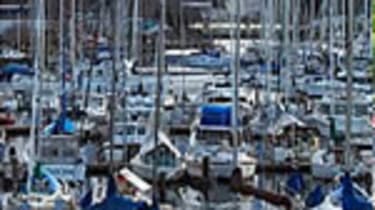 Trendy? Yes. Profitable? Indeed. Despite the recession, Olympians and visitors are still spending briskly on the arts and eating out. Jenny Shaw, manager of the Urban Onion Restaurant and Lounge, in the Theater District in the heart of downtown, feels lucky that she and her staff haven't felt the recession blues. "Revenues were up 20% in 2008," says Shaw.

But it's the state government that continues to be the keystone of Olympia's economy; it employs about half of the city's working population. Education is another big driver of the city's growth and character. Evergreen State College, a liberal-arts school specializing in the social sciences and visual and performing arts, helps fuel the creative spirit. Saint Martin's University, a private school located in neighboring Lacey, is known for engineering and applied sciences.