Get the maximum tax deduction for property losses resulting from Hurricane Sally or other natural disasters.

If you live in Hurricane Sally's wake, your family's personal safety was your number one concern during the storm. But once the hurricane passes, your primary concern might be dealing with property damage from flooding or high winds. If that's the case, the tax law can offer some help.

Personal casualty losses of individuals are deductible to the extent that they are attributable to a federally declared disaster area. This encompasses areas devastated by hurricanes, earthquakes, major flooding, blizzards, tornadoes, wildfires and other events.

If your house, car or belongings are damaged or destroyed as a result of a federally declared disaster, you may qualify for a tax break to offset losses that aren't covered by insurance when you file a claim.

Generally, only taxpayers who itemize deductions can take a tax write-off for damage to personal property. And there are two important offsets that apply. First, you must reduce the amount of the loss by $100. Then, you can deduct the balance only to the extent that it exceeds 10% of your adjusted gross income (AGI).

To compute and report casualty losses, you need to fill out IRS Form 4684. You must enter the FEMA disaster declaration number on that form. Find a list of federally declared disasters and the declaration numbers at fema.gov/disasters.

The IRS offers multiple safe harbors to make it easier for qualifying taxpayers to figure the loss to their damaged home or personal belongings. For example, one method lets a homeowner with losses of $20,000 or less take the lesser of two repair estimates to determine the decrease in the home's value. Homeowners can also use the estimated loss in reports prepared by an insurer or a licensed contractor's invoice. See IRS Publication 547 for more safe harbors.

The tax law allows you to take a personal disaster loss on your return for either the year of the disaster or the year before the disaster. For example, if your home is damaged from Hurricane Sally, you can take the loss on your 2020 return or on your 2019 return. If you decide to claim it for 2019 and you have already filed your 2019 return, you can amend it by filing Form 1040X. For this purpose, you must file your amended prior-year return no later than six months after the due date for filing your current-year return (without extensions) for the year in which the loss took place. So, for Hurricane Sally losses, you would need to file an amended 2019 return by October 15, 2021.

Note that shortly after a major federally declared disaster, the IRS will often offer administrative relief, such as granting additional time to file tax returns or pay taxes. You can also call 866-562-5227, the IRS's dedicated phone line for disaster-related questions.

Filing taxes after a divorce can add yet another problem to an already long list of challenges. But here are some tips to make your return to single l…
IRS Extends Tax Due Dates for Hurricane Laura Victims 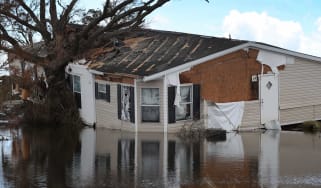 Victims of Hurricane Laura have until the end of the year to file tax returns and make tax payments.
Tax Relief for Hurricane, Wildfire, Flood and Other Natural Disaster Victims 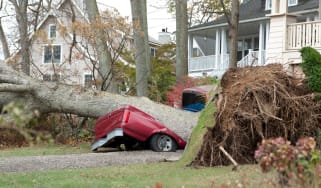 Deductions for lost or damaged property, filing and payment extensions, and fee waivers can help taxpayers hit by a hurricane, wildfire, tornado, eart…
Do You Qualify for a $300 Tax Deduction Under the CARES Act? 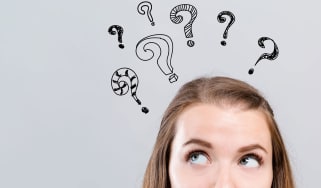 Do You Qualify for a $300 Tax Deduction Under the CARES Act?

What is the new above-the-line universal tax deduction, and how does it work?
Skip to ContentSkip to Footer