What the New Tax Law Means for Small Businesses

The most sweeping tax overhaul in three decades brings lots of good cheer for businesses, ranging from a lower corporate tax rate to big tax savings for asset purchases.

The most sweeping tax overhaul in three decades brings lots of good cheer for businesses, ranging from a lower corporate tax rate to big tax savings for asset purchases. But there are also some deductions that disappear and other breaks that are pared back to offset part of the massive cost of the tax cuts. Here’s a look at some of the key provisions in the new tax law that affect small businesses. Unless otherwise stated, most of these apply beginning in tax year 2018.

The new law reduces the income tax rate on regular corporations (sometimes referred to as C corporations) from a top rate of 35% to a flat 21%. Personal service corporations also get the 21% rate. Although this low rate is a boon for most companies, some small C corporations could actually end up paying a bit more. That’s because the law didn’t keep the 15% corporate rate on the first $50,000 of taxable income. For example, a C corporation with $30,000 of taxable income will pay $6,300 of tax when it files its 2018 federal return (compared to $4,500 under prior law).

While cutting the corporate rate to 21%, lawmakers decided to offer a different kind of relief to sole proprietors and farmers who report income on Schedules C and F of their income tax returns, and to individuals who own pass-through entities—such as S corporations, partnerships and LLCs—which pass their income to their owners for tax purposes. Starting with 2018 returns, many of these people can deduct 20% of their qualifying income before figuring their tax bill.

This change is one of the most complex provisions in the new law. That’s because there are lots of special anti-abuse rules and restrictions, most of which apply to high earners. There are also lots of unsettled issues and as-yet unanswered questions that are begging for IRS guidance.

Two rules apply to taxpayers with taxable incomes in excess of $157,500 on an individual return and $315,000 on a joint return. First, the break phases out for these people who are in many professional service fields. And if you’re in an affected field and your taxable income exceeds $415,000 for joint returns … $207,500 for all others, the deduction is zero for that business.

Second, there is a W-2 wages-paid limitation for high-income earners that applies even if the person isn’t engaged in a specified service business. This caps the deduction at the basic 20% or, if lower, a figure that looks at W-2 wages paid by the firm and the basis of certain assets.

QUIZ: What Do You Know About the New Tax Brackets?

100% bonus depreciation is back. Firms can write off the entire cost of qualifying assets that they buy and place in service after Sept. 27, 2017. It generally lasts until 2022 and then phases out 20% for each year thereafter. The break applies to new and used assets with lives of 20 years or less.

There’s also a higher cap on expensing business assets. The maximum amount a taxpayer can expense for new or used business assets instead of depreciating them is $1 million. This limitation phases out dollar for dollar once more than $2,500,000 of assets are placed in service during the year. These figures will be adjusted annually for inflation.

Note that the law keeps the current depreciable recovery periods for real estate: 27.5 years for residential rental property and 39 years for commercial realty.

Now is the best time tax-wise to buy a vehicle for your business. That’s because buyers of new or used business vehicles get lots of breaks under the new tax law.

Before 2018, firms could generally take a tax write-off for half of their business-related entertainment costs. The tax law eliminated this break, so no more writing off show tickets, golf course fees, sporting events and the like, even if taking clients.

Holiday parties are still fully deductible. And no changes to employee meals while on business travel—still 50% deductible by the employer. The cost of an employer-operated eating facility such as a cafeteria, which used to be fully deductible, is now subject to a 50% bite (after 2025, the cost is completely disallowed).

To be on the safe side, business owners should track all of their receipts in separate ledger accounts based on the specific type of meal or entertainment expense.

The new tax law brought an end to the popular write-off for 9% of income derived from U.S. production activities. Business lobbying groups and tax professionals, who were hoping for a two- or three-year phase-out period, didn’t get their wish.

The new law eliminates the rule that allows employers to deduct the cost of transportation-related fringe benefits for employees, such as parking and mass transit passes. The write-off is axed regardless of whether benefits are paid directly by the employer or through a reimbursement arrangement or compensation reduction agreement. Employees can still use up to $260 a month in pre-tax money to cover parking, mass transit passes and vanpools.

Curiously, firms that choose to subsidize employees who ride their bikes to work can continue to take a tax deduction for their contributions (up to $20 per month per employee to reimburse expenses). But the tax law did take a swipe at the cyclists themselves: They will now be taxed on their subsidy. Note that even without this perk, it is still in most cases cheaper to bike to work than to drive or take mass transit. And that’s without factoring in the health benefits of bicycle commuting.

TOOL: How Much Can I Save Biking to Work?

The new law pares back the deduction for net operating losses (NOLs). First, NOLs will only be able to offset 80% of taxable income in future years. Second, NOL carrybacks are generally prohibited. Instead, NOLs can be carried forward indefinitely. Under the old law, NOLs could be carried back two years and carried forward 20 years.

Note that the rule barring NOL carrybacks contains an oversight. The statutory language says that the general prohibition on NOL carrybacks applies to NOLs arising in tax years ending after Dec. 31, 2017, while the conference committee used an effective date for NOLs arising in years beginning after Dec. 31, 2017. The law as currently written allows calendar-year filers to carry back 2017 losses, but taxpayers with a fiscal year that straddles 2017 and 2018 are prohibited from doing the same.

Firms that provide paid family or medical leave to their workers get a new, temporary credit for 2018 and 2019, generally equal to 12.5% of the amount of wages paid during the time of leave. The credit is larger for employers that pay workers over half their normal wages while on leave.

There are lots of rules and limitations to comply with. For example, employers must have a written policy that gives full-time workers at least two weeks of paid family and medical leave each year (the leave time is prorated for part-timers). And the credit doesn’t apply to employees with total wages in excess of $72,000 in 2017. The IRS has published a series of FAQs on this subject.

Congress has clamped down on individual taxpayers who take large business losses on their returns. Under the new law, a couple filing a joint return is limited to $500,000 in such losses, while single filers can take no more than $250,000 in losses. The amount of trade or business loss that exceeds these caps is nondeductible, but any excess can be carried forward. Note that this limitation applies after application of the current passive-activity loss rules.

Generally, an exchange of property is a taxable transaction, just like a sale. But the law includes an exception when investment or business property is traded for similar property. Any gain that would be triggered by the sale of such property is deferred in the case of a like-kind exchange. This break has applied to assets such as real estate and tangible personal property such as heavy equipment and artwork.

INTERACTIVE MAP: State-by-State Guide to Taxes on Income, Property, Everything You Buy

The tax laws have caught up with the Time’s Up and #MeToo movements.

More Businesses Can Use the Cash Method of Accounting

Federal estate taxes are no longer a problem for all but the extremely wealthy, but several states have their own estate taxes and inheritance taxes t…
Are You Liable When a Customer’s Hummer Gets Stolen from Your Parking Lot?

The pandemic has revealed gaping holes in traditional insurance coverage for small businesses. Private insurance, including captive insurance, may be …
Biden's Plan to Tax the Rich Faces Roadblocks 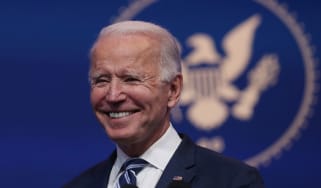 The president-elect is unlikely to get much on his wish list, with the Democratic majority in the House narrowed and the GOP likely keeping control of…