Should Nondisclosure Agreements Be Banned in Sexual Harassment Settlements?

Knight Kiplinger offers his advice on how companies can improve their handling of harassment problems. 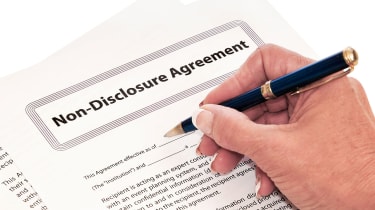 Question: Do you think nondisclosure agreements (NDAs) should be prohibited in sexual harassment settlements so that repeat offenders can be identified and stopped?

Answer: No, not banned, but the settlement process can be improved. It's not clear to me that banning NDAs altogether is always in the best interest of either the accuser or the accused, for the following reasons.

Some accusers choose to settle out of court, with an NDA, expressly to protect their privacy, avoiding the unwanted publicity, possible trauma and uncertain outcome of a civil or criminal trial. And some accusers like the certainty of a large monetary settlement offer, which would undoubtedly be much smaller without an NDA.

As for the accused, there is the issue of false accusation–probably much less common than unreported harassment, but not unheard of. People who believe themselves to be falsely accused may choose not to fight an unfounded charge in a public trial if they can instead pay a modest monetary settlement, with an NDA to protect their reputation.

Besides proposals to ban NDAs in all workplace harassment settlements–pending in the legislatures of New York, Pennsylvania, California and other states–some worthwhile "middle ground" fixes have been proposed, too.

Women's rights litigator Noreen Farrell, for example, suggests that employers be required to disclose in any new sexual harassment settlement negotiation whether the same employee has been involved in prior settlements or complaints. That would strengthen the accuser's financial hand in a settlement discussion, or it could embolden her–now knowing she is not the only victim–to bring public charges and/or demand that the repeat offender be fired.

And an idea of mine to help deter bad behavior: Companies should add to their employment contracts with managers and executives a clause stating that anyone accused of sexual harassment will be required to share with his employer the financial burden of any settlement, out of his own pocket and/or by forfeiting future bonuses and stock options.

Small business owners are getting another crack at Paycheck Protection Program loans. Here are answers to some frequently asked questions about the lo…
Skip to ContentSkip to Footer