Yields of telecom stocks have become even more attractive lately as speculation grows that the Federal Reserve will delay raising short-term interest rates because of the tepid global economy. The average large-company U.S. telecom stock yields 4.9%, compared with 2.2% for 10-year Treasury bonds and near zero for cash-type investments, such as money market funds.

Of course, nothing is free on Wall Street. In a note published October 1, Morgan Stanley said it was cautious about the telecom sector because of increased competition among wireless and broadband services, among other reasons. So if you want reliable income, stick with telecoms that can increase revenues or generate enough cash to sustain the dividend. Look overseas, too, where industry consolidation and expansion into emerging markets is driving growth for some companies, despite economic woes. These eight stocks, listed in alphabetical order, meet that criteria and have attractive yields, to boot.

All prices, yields and returns are as of October 23.

If you’ve shopped for a mobile phone lately, you may have opted for one of the wireless carriers’ new no-contract plans. With these offerings, you pay the full cost of your phone (usually in monthly installments) but are charged a lower monthly service fee. The plans have been growing in number and are eating into revenues of wireless providers such as AT&T (T). The phone giant is trying to make up for the lower-price service plans with volume. Excluding prepaid customers, the telecom added 785,000 wireless subscribers during the third quarter, more than double the number added during the same quarter a year earlier. The amount of churn (or customers who drop their service) also declined, from 1.07% to 0.99% year-over-year.

The transition to no-contract plans has not been completely smooth. During the third quarter, AT&T lowered its revenue projection for the year from 5% to as little as 3%, citing fewer-than-expected phone upgrades (customers are holding onto their phones when they sign up). But AT&T expects to profit from future upgrades. Meanwhile, if the proposed acquisition of satellite-TV provider DirecTV wins regulatory approval this year, AT&T could expand its reach. For example, the company would be able to add high-speed Internet services to another 15 million U.S. customer locations and offer bundled packages that include pay-TV to 115 million locations.

BCE (BCE), Canada’s largest telecom company, continues to grow. In the second quarter, the number of Internet, TV and wireless subscribers increased by 3.7% from the same period in 2013. More customers could sign on as the company builds out its 4G LTE network and high-speed fiber-optic cables for Internet and TV. BCE is also on track to buy its remaining stake in regional phone company Bell Aliant for about $4 billion by the end of October. That should boost free cash flow (the amount of cash profits left after necessary capital expenditures>) and support payouts to shareholders. BCE raised its dividend 6% this year, and analysts at RBC Capital Markets see a similar boost in 2015.

Note: With non-U.S. stocks, you have to consider foreign withholding taxes on the dividend. To minimize the bite, you should usually keep foreign stocks in a taxable account. That way, you can claim a credit against the long-term capital gains and other investment taxes you’ll owe Uncle Sam for the same dividend, which can be as high as 23.8%. Canada, however, is an exception. It withholds nothing if you own the stock in a tax-advantaged account, such as an IRA. Otherwise, Canada withholds 15% for U.S. investors.

Shares of CenturyLink (CTL), which serves mostly rural areas in the U.S., have soared over the past year. Growing demand by businesses for CenturyLink’s data-storage and broadband services is one of the main reasons. Revenues in the company’s business segment expanded 2.6% during the second quarter year-over-year. The landline phone business continues to wane, but some of those losses are being offset by expansion into new services, such as fiber-optic TV. CenturyLink cut its dividend by 26% last year to free up cash for $2 billion worth of stock repurchases. A dividend cut is never welcome, but the current payout—an annual rate of $2.16 per share—appears to be sustainable, according to S&P Capital IQ. 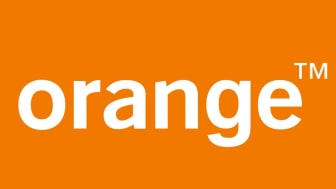 Price wars have dragged down revenues of Orange (ORAN), one of France’s largest telecoms. But after nearly three years of cuts, analysts believe phone bills can’t go much lower. Orange has offset the decline somewhat by attracting new customers in France, as well as in such major markets as Poland, Spain, Africa and the Middle East. During the third quarter, the number of subscribers increased by 3% year-over-year. And in September, Orange made a bid to acquire Jazztel, a Spanish telecom. If the deal goes through, Orange would gain 1.5 million broadband customers in Spain and the opportunity to sell coveted “quadruple-play” packages of wireless, TV, Internet and landline phone services. The stock trades at just 10 times estimated 2015 earnings, making it a bargain. Says Morningstar analyst Allan Nichols: “It is one of the cheapest [telecoms] relative to the company’s fair value,” which he pegs at $18 per share. The French dividend withholding tax for U.S. investors is 15%.

Another Canadian telecom, Rogers (RCI) has come under pressure recently as competitors such as BCE expand into the pay-TV business. Rogers may be rounding the corner, though. Average revenue per wireless subscriber (excluding prepaid customers) in the third quarter declined 0.7% from the same period a year earlier, compared with a year-over-year decrease of 1.4% in the second quarter. Revenue growth could turn positive by the fourth quarter, according to a report by RBC Capital Markets. Meanwhile, Rogers, Canada’s largest wireless carrier, uses less than 60% of its earnings to pay the dividend, which it boosted by 5% this year.

Although the Norwegian government owns roughly half of the company, Telenor (TELNY) is a global enterprise. Based just outside Oslo, the telecom operates in more than a dozen countries, many of which are experiencing rapid growth in their wireless businesses. In Norway, which makes up nearly one-fourth of Telenor’s sales, average revenue per mobile subscriber rose 4% during the first half of the year compared with the same period in 2013. Telenor has also made a big push into developing Asian economies and now earns 45% of its revenues from countries such as India, Malaysia and Pakistan, where wireless adoption is still on the upswing. True, geopolitical troubles can make operating in some of those regions risky. “But it’s amazing how well the business is doing, regardless,” Nichols says. Telenor’s total second-quarter revenues climbed 4% from the second quarter of 2013. The company eliminated its payout in 2009 to help fund its expansion into India, but it resumed disbursements in 2010 and has since raised the dividend regularly, this year by 17%. Norway’s tax withholding on dividends for U.S. investors is 15%.

There’s a lot to like about Verizon (VZ), despite intense competition. Verizon maintains the leading 4G LTE network in the U.S., in terms of capacity and coverage. The quality of its network has helped retain customers. During the third quarter, Verizon’s churn among wireless subscribers (excluding prepaid customers) was 1%, up only 0.03 percentage point from a year ago. Verizon hasn’t been able to avoid cutting prices, but overall revenues in the third quarter still increased 4.3% from the year-earlier period, thanks in part to growing demand for data and customers adding additional devices, such as tablets.

Revenues may grow at a slower rate in the immediate future as wireless carriers continue to duke it out over pricing, says a UBS research note. But Verizon uses only about half of its earnings to pay its dividend, which it raised by 3.8% in September. And after buying out Vodafone’s 45% stake in Verizon Wireless earlier this year, Verizon Communications is now the sole owner of the wireless unit and can claim all of its free cash flow. That should enable the company to keep increasing its dividend, which it has done for seven consecutive years.

Speaking of Vodafone (VOD), it walked away with a cool $130 billion when it completed the sale of its shares of Verizon Wireless to Verizon Communications in February. “It got a huge price,” Nichols says. The deal allowed the firm, which operates in nearly 30 countries and claims more than 430 million customers, to invest in new assets. This summer, for example, it completed the purchase of Spanish cable operator Ono for 7.2 billion euros (about $9.1 billion at the current exchange rate), giving Vodafone the opportunity to sell bundled Internet, phone, TV and wireless packages to 1.9 million new Spanish customers.

Competitive pricing and slow economic growth in Europe have helped keep a lid on revenues and pushed down the stock. But the company is expanding into faster-growing emerging markets. In India, for example, Vodafone now serves 22% of the mobile market. Meanwhile, patient investors get a big yield, and this year the company hiked the dividend by 8%. The United Kingdom does not impose a withholding tax on dividends.