Investors seeking out high growth for their portfolios will often turn to biotech stocks.

Investors seeking out high growth for their portfolios will often turn to biotech stocks. The biotechnology industry, which has become densely populated as our understanding of living systems and organisms continues to expand, has earned a reputation on Wall Street for its explosive potential … and high volatility.

In contrast to companies in other sectors, the gains and losses in even the best biotech stocks hinge less on earnings results, and more on a few key indicators such as trial-data readouts or verdicts from regulatory agencies. Product approvals unlock vital revenues, so a single positive update can function as a catalyst that propels shares to new highs.

Of course, there's a reason risk-averse investors shy away from these stocks: The opposite also holds true.

Wall Street pros rightly advise a cautious approach when evaluating the biotechnology industries. We find that monitoring the analyst community can be helpful on a couple fronts: For one, we can see where the pros are putting their faith. Also, analysts can provide much-needed insight into many stocks that get little media coverage, and whose progress can be difficult to gauge unless you're a medical expert.

We used TipRanks' Stock Screener tool to comb through hundreds of biotechnology stocks to identify promising picks – ones that have received enough lopsided support from analysts that they earn TipRanks' top Strong Buy consensus rating. Here, we have found five top biotech stocks with overwhelmingly bullish sentiment from the analyst community, and price-growth projections of between 28% and 82%.

Alexion posted a roughly 800% rally between 2010 and 2015, but the biotech stock has come back down to earth in recent years. It was an underperformer in 2019, too, gaining just 11% versus the S&P 500's 29%. Nonetheless, several analysts believe that this year could be a better one for ALXN – indeed, some think it might be one of the best health-care stocks of 2020.

Investors have expressed concern following Apellis Pharmaceuticals' (APLS) recent release of late-stage trial data for its pegcetacoplan (APL-2) in patients with PNH. Not only did the therapy meet its primary endpoint, but it also produced a larger change in the hemoglobin level than ALXN's Soliris.

That said, the analyst community remains overwhelmingly bullish, at nine Buys versus two Holds over the past three months. That includes Wedbush's Laura Chico, who maintained an Outperform rating (equivalent of Buy) in a recent analyst report. Citing Alexion's latest 8-K filing, Chico notes that patient transition from Soliris to its newer drug, Ultomiris, is well on its way to meeting the target of 70%-plus of the PNH market by mid-year 2020. She also notes that pre-announced revenues appeared to beat the consensus expectation; more granular results will be released Jan. 30.

"Overall, we see multiple encouraging updates from ALXN in their upcoming presentation not only on the commercial front, but with several pipeline updates as well. We continue to hold a positive bias on ALXN shares," writes Chico, whose $149 price target suggests 42% upside over the next 12 months. Investors interested in learning more can check out an ALXN analysis on TipRanks.

Sarepta has more than 20 candidates in its pipeline, but Credit Suisse analyst Martin Auster focused on its SRP-9001 DMD gene therapy in his latest bullish note. The company recently announced that it has completed enrollment for its Phase 3 functional study, and it has "achieved commercially viable yields" ahead of another study that's set to begin in mid-2020. Swiss health-care multinational Roche Holdings (RHHBY) has already purchased rights for SRP-9001 outside of the U.S. in a deal that could land Sarepta more than $2.85 billion in revenues. Auster reiterated an Outperform rating and $185 price target, implying 66% upside over the next 12 months.

Meanwhile, RBC Capital analyst Brian Abrahams (Outperform) writes that a recently released FDA complete response letter, from 2019, lines up with management commentary. That, as well as Sarepta's proven ability to navigate the appeals process (which it did with the FDA-approved Vyondys) makes Abrahams confident that DMD treatment casimersen will be approved in the short-term, and that its DMD gene therapy microdystrophin will see approval in 2021.

SRPT, which also waffled its way to a subpar return in 2019, has accumulated 19 Buys versus just one Hold over the past quarter alone, easily earning it a Strong Buy rating. Check out analysts' price targets on TipRanks.

The drug is already enjoying commercial success. The company's preliminary figures for the fourth quarter show that Epidiolex generated $104 million in revenues during Q4, and $296 million across 2019, topping analyst expectations.

Bank of America Merrill Lynch analyst Tazeen Ahmad recently wrote to investors that she came away from a management meeting even more excited about GWPH's growth prospects. During the meeting, the company stated that it expects Epidiolex sales to continue to gain traction, and the analyst is forecasting 2020 sales of $475 million – 60% year-over-year growth from GW Pharma's preliminary 2019 figure. Epidiolex also will launch in the U.K. this year.

Moreover, Ahmad is optimistic about the company's late-stage trials for Epidiolex to treat tuberous sclerosis complex, which affects between 40,000 to 80,000 Americans.

GW Pharmaceuticals is among the rare biotech stocks with a unanimous Strong Buy rating over the past three months, racking up 12 Buys and 0 Holds or Sells. Ahmad's price target of $224, which is among the highest on GWPH, implies the biotech stock could double by this point in 2021. You can learn more about the analyst community's views on GWPH via TipRanks' consensus breakdown.

The chatter has centered around the company's OA pain drug, Zilretta, which was originally granted FDA approval back in October 2017. The company submitted a supplemental New Drug Application in December 2018 seeking a label expansion to include the administration of repeat doses. As we wrote last year, Flexion expected to receive a ruling by mid-October. The FDA finally approved the request in December 2019, removing the limitation of use (LOU) statement and adding trial data to the label.

Needham analyst Serge Belanger sees the outcome as a major step in the right direction. "Overall, we believe FLXN achieved its key goal of removing the LOU, which was a source of confusion for many physicians, and is now in a position to better promote Zilretta usage," writes Belanger, who has a Buy rating and $36 price target (105% upside).

In early January, Flexion forecast Zilretta revenues of $120 million to $130 million – at the midpoint, that would be a 71% year-over-year improvement from Zilretta's preliminary 2019 figure of $73 million.

Belanger represents just one of nine Buy ratings published over the past three months, versus no Holds or Sells. Check out other analysts' price targets for FLXN on TipRanks.

Last in this list of biotech stocks is small-cap Aptose Biosciences (APTO, $5.66) – a trial-stage company (in other words: no marketed products yet) focused on treatments for hematologic diseases such as chronic lymphocytic leukemia (CLL), non-Hodgkin's lymphoma (NHL), acute myeloid leukemia (AML) and myelodysplastic syndrome (MDS).

Aptose nearly tripled last year and was one of the best biotech stocks in 2019's late innings. Most of its 197% run came in December after the company released encouraging pre-clinical data on candidate CG-806, including a couple of results that compared favorably to AbbVie's (ABBV) Imbruvica: For one, it was more effective in inducing apoptosis (cell death) of CLL cells, and it "demonstrated superior anti-lymphoma effects" in cells of mantle cell lymphoma (MCL). Investors also were encouraged by Merck's (MRK) $2.7 billion acquisition of ArQule, whose lead candidate is a treatment type similar to CG-806.

Oppenheimer analyst Matthew Biegler expressed confidence that the stock will continue to roll in 2020 after a mid-January meeting with Aptose management. "We discussed potential development of CG-806 beyond initial focuses in CLL and AML that could substantially increase its market opportunity," he writes.

Biegler adds that "a recently completed financing extends the company's runway into 2022," referring to a secondary share offering in late December that generated $74.2 million in gross proceeds that should continue to support CG-806 research.

He maintained his Outperform rating as a result and boosted his price target from $6 per share to $8, implying another 41% in gains over the next 12 months. He's part of a thin crowd of just four analysts that have recently weighed in on the stock, but all of them have delivered bullish ratings. Get the full analyst consensus and price target breakdown for APTO on TipRanks.

Maya Sasson is a content writer at TipRanks, a comprehensive investing platform that tracks more than 5,000 Wall Street analysts as well as hedge funds and insiders. You can find more of their stock insights here. 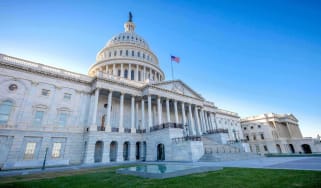 The House appears primed to take another swing at COVID relief, prompting a big Monday jump in the major stock-market indices.
7 Best Sports Betting Stocks to Wager On 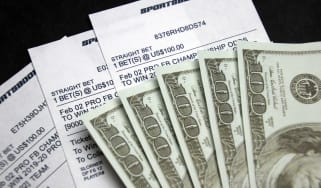 Sports betting stocks are taking off, and expect the industry to keep expanding at a rapid rate. These are seven gambling names you need to know.