The Standard & Poor’s 500-stock index is on pace for well-below-average gains in 2018. While the 2% improvement year-to-date isn’t exactly catastrophic, it is disappointing compared to most expectations for the year, and it has been littered with several shares that have simply been cleaved. But there is a silver lining: This has created a number of deeply discounted stocks to buy.

History has shown us that when rates rise, stocks typically decline – at least temporarily. This was the case in 1994, 2006 and last February. The market’s latest swoon, caused in part by more upward pressure on interest rates, may be painful, but it too may just be temporary. That’s little comfort to owners of numerous stocks that have fallen precipitously off their recent highs. But that is good news for bargain hunters that are looking for battered stock picks to grab up off the ground.

Here are 10 deeply discounted stocks to buy – companies that are anywhere from 20% to 50% off of their 52-week highs:

Still, AMD stock is off by well more than 40% since September amid a broad selloff in technology, and thanks to a disappointing Q3 report. The company’s revenues, while up year-over-year for the fifth straight quarter, missed expectations, as did fourth-quarter guidance.

Stay focused on the longer-term fundamental outlook. Many analysts believe AMD can maintain its momentum and challenge Intel (INTC) and Nvidia (NVDA) through a combination of licensing and customization. Moreover, the company is becoming much better at turning its growth into profits. Wall Street analysts expect 170% growth in adjusted earnings this year to 46 cents per share, followed by another 37% pop to 63 cents per share in 2019. Remember: This was a company that, before 2017, hadn’t turned a full-year profit since 2011.

But investors may be fretting about Revlimid too much and forgetting that Celgene is continuing to grow. Celgene’s profits have expanded by more than 17%, compounded annually, over the past five years. And diluted earnings for the first nine months of 2018 have come to $4.02 per share, already besting last year’s full-year earnings of $3.64.

Celgene actually has a deep pipeline for drugs to treat lymphoma, anemia and multiple sclerosis. Celgene’s formulations are expected to hit the market in 2019 and 2020. Analysts at CFRA — a unit of Standard & Poor’s — believe that Celgene could introduce five meaningful drugs by 2020. Celgene is acquisitive, too, and healthy cash flow from Revlimid can finance new deals while pipeline products gain traction.

There’s almost no company like Copart (CPRT, $49.27), the globally operating leader in online vehicle auctions. It has other businesses, too, including processing and selling salvage vehicles to dealers, “dismantlers,” rebuilders and exporters on behalf of banks, finance companies, insurers and fleet operators.

Copart sold off nearly 20% in September after it reported disappointing earnings. The top and bottom lines grew, but profits of 42 cents per share came up shy by 4 cents. Management dutifully explained how a variety of one-time costs, including those from Hurricane Harvey, had impacted earnings. But the Street was unconvinced, and the stock has remained stubbornly off its highs.

The miss isn’t as concerning when you consider the company still is in expansion mode; analysts see high-single-digit revenue growth in the cards for both this year and next. Also in September, Copart opened its second facility in Germany. The new facility in Leipzig can store up to 4,500 vehicles will host biweekly auctions. The location provides entry to the Eastern European market for autos, too.

Despite desultory sentiment, Dollar Tree still is on track to grow revenues by 3% this fiscal year, and profits by 13%, analysts say. Unlike full-price retailers who are struggling to squeeze top-line gains into bigger bottom lines because of competition from e-tailers, Dollar Tree is somewhat detached. Its Dollar Tree merchandise sells for $1, and its customer base tends to do little online shopping.

Today, Dollar Tree operates more than 15,000 stores across its namesake brand and Family Dollar, which it purchased in July 2014. For context, Walmart – America’s largest retailer by revenues – operates 5,358 stores. Analysts point out that while DLTR is underperforming rival Dollar General (DG), which is trading near 52-week high, shares of the former may offer more upside.

Also intriguing is a new stake by activist shareholder Carl Icahn, who some believe will push Dollar Tree to exit the Family Dollar purchase via a sale or spinoff.

The company is putting resources behind its eSports and mobile gaming, which could boost growth.

Electronic Arts’ strategy is aided by some compelling macros and trends. Among them are 2.6 billion gamers around the world and EA’s 300 million registered players, who it can market new and upgraded products to. Further, EA has demonstrated its ability to capitalize on favorable gaming trends. Through the fiscal year ended in March 2013 through the fiscal year ended in March 2018, earnings have exploded from 31 cents per share to $3.34, or about 61% compounded annually. (Though it masks some lumpiness in between.)

Neither of these reasons justify cutting the company’s value in half.

Millions of Americans rely on some form of oxygen therapy for chronic obstructive pulmonary disease (COPD), and Inogen has brought innovation to the market to rapidly earn share with a portable oxygen concentrator. Portability offers patients a vast improvement over bulky oxygen tanks and has expanded the size of the overall addressable market. The advantages portability offers are equally disruptive in international markets.

Inogen is capitalizing on these dynamics with an aggressive direct-to-consumer sales network, increasing its business to business efforts with financing and private-label partnerships, and aggressive international expansion. Since 2015, INGN has grown revenues from $159 million to an estimated $345 million to $355 million this year, and adjusted EBITDA from $8.1 million to the expected $60 million-$62 million range.

Wall Street has overreacted to INGN’s bad news. This is still a briskly growing company that decided to invest in itself.

Low-cost airline JetBlue (JBLU, $17.99) is also flying well below the clouds, but it has a plan to gain altitude. At a recent investor day, management said the company is aggressively switching capacity from underperforming destinations such as Daytona Beach, St. Croix, Baltimore, Detroit, Pittsburgh, the District of Columbia and Santiago (Dominican Republic), and adding capacity in more profitable routes emanating out of Boston and Fort Lauderdale.

The dip in shares comes at an inflection point in JetBlue’s growth and development. Bank of America/Merrill Lynch thinks that the company has now achieved the scale required to effectively compete in the capital-intensive airline business and can now focus on more returns-oriented investments like its premium Mint service — JetBlue’s version of first class — as well as its cost-cutting initiatives.

Airline profits are often a rollercoaster affair, primarily because of fuel costs, but JetBlue expected to keep growing revenues steadily at 9% annually this year and next.

In September, National Beverage announced it achieved the billion-dollar mark for annual revenues, on Q2 revenues of $292.6 million that marked the company’s 15th consecutive quarter of top-line growth. Earnings, while volatile, increased from $1.01 per share in 2013 to $3.19 in the fiscal year ended April 28, for compound annual growth of nearly 26%.

While $1 billion in sales may not sound like much compared to the likes of Coca-Cola (KO), which delivered $35.4 billion in sales last year, National Beverage’s focus on sparkling water and juices creates a much more compelling, albeit riskier, growth profile.

Looking ahead, initial efforts to penetrate the Canadian market have shown the LaCroix brand to be popular with consumers there, which is encouraging given the strong global demand for sparkling water.

The stock has been falling steadily since July, but growth drivers could change the story. On Oct. 15, Penn completed its acquisition of Pinnacle Entertainment, cementing its position as a regional gaming leader. Penn said in a press release that it expects the deal to be accretive to Penn National’s free cash flow per share in the first year after closing, and that the deal should enjoy about $100 million in expected annual run-rate cost synergies.

In addition, sports betting may make a material contribution to Penn’s top and bottom lines as it rolls it out across its broad portfolio of properties.

Freight hauler and logistics company Werner Enterprises (WERN, $32.93) has been punished in 2018, with shares losing a quarter of their value from its 52-week high.

Although its profit margins lag those of other top freight companies such as Knight-Swift (KNX), look for improvement in already-solid margins over the next several years because of Werner’s fleet investments. Today, the average age of trucks in Werner’s fleet is 1.8 years, versus approximately six years for the industry.

Further, Werner has been addressing a persistent labor shortage with pay increases of approximately 27% since 2015, recruiting among veterans and training at 13 locations around the country. Another positive driver, according to Wells Fargo analysts, is that truckload capacity is getting scarce, adding a tailwind to pricing.

Bonds can be more complex than stocks, but it's not hard to become a knowledgeable fixed-income investor.
Stock Market Today 10/23: Stimulus Stalemate Stalls Stocks 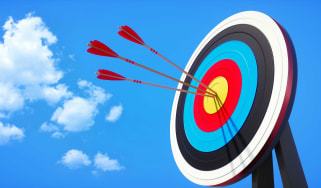 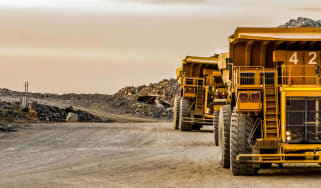