Today, trying to find a private college with a sticker price of less than $20,000 a year can feel like hunting for a Tiffany diamond at TJ Maxx.

The secret to finding a great school that fits your pocketbook? Consider the net cost, not just the sticker price. These 10 colleges, culled from our top 300 values among public and private institutions, deliver tuition, fees, and room and board for less than $20,000 annually, after average financial aid is factored in. If you meet the criteria, you’ll pay a bargain-basement price for a top-notch education. (Costs for the public colleges are for out-of-state students.)

Receive an acceptance letter from Berea College and you'll be guaranteed the equivalent of a full-tuition scholarship. The school only accepts students with demonstrated financial need and combines its scholarship with any other grants and scholarships the student has received to cover the full cost of tuition; it also awards other financial aid, as needed, to offset housing and other costs. Founded by abolitionists and radical reformers and centered on a Christian-based education, this school is a bargain even before financial aid comes into play: The total annual cost is the lowest of our top 300 best college values. Berea requires all students to work 10 to 15 hours a week in school-approved jobs.

This public liberal arts college offers many of the benefits of private liberal arts colleges, including small classes and close interactions with faculty (virtually all of whom have the highest degree in their field). Once the site of a boarding school for American Indians, the campus was transferred to the state of Minnesota in 1909 with the proviso that American Indians could attend tuition-free; the school still honors that policy. Morris offers 35 majors and minors,16 licensure programs and nine preprofessional programs.

University of Science and Arts of Oklahoma

Founded as a girls' prep school and women's college in 1908, this tiny institution—listed on the National Register of Historic Places—is the state's only public liberal arts college. With a stated mission to "challenge curious minds," USAO requires students to take a core curriculum across a range of disciplines, and it uses a team-teaching approach in which professors from different fields share a classroom. The trimester system enables some students to get a degree in three years.

BYU, which is led and supported by the Church of Jesus Christ of Latter-Day Saints, comes in under $20,000 even for students who don't qualify for financial aid. For Mormons, the annual cost is among the lowest on our list. One of several schools on our list with a religious orientation, the university requires that students, including non-Mormons, adhere to Mormon values and abide by an honor code that includes guidelines on dress, language and personal conduct. (The honor code forbids, among other things, beards, premarital sex, and drinking alcohol or even coffee or tea.)

Part of a campus that also includes prekindergarten, elementary school and high school, Principia College bases its philosophy on Christian Science tenets but is not affiliated with the Christian Science Church. It awards need-based aid to 71% of its students, and merit aid—at an average of $22,664--to 91% of students who do not qualify for need-based aid. Principia's 2,600-acre campus overlooks the Mississippi River; many of its buildings were designed by Bernard Maybeck, a renowned architect of the Arts and Crafts movement. Despite its size, the school draws students from more than half the states and 25 countries.

First on our list for best values in private universities and number two for best value in our combined list of public and private institutions, this Ivy League university attracts top students from all over the world for its outstanding research and renowned faculty, which includes Nobel laureates, Pulitzer Prize winners and MacArthur fellows. Princeton University's net cost is less than the average in-state price of a public university. It was also the first university in the country to introduce a no-loan financial aid policy, meaning that its financial aid comes in the form of grants, not loans.

Truman State not only keeps the average net cost well below $20,000 for out-of-state students who qualify, but it also delivers a bargain education for out-of-state students who don’t qualify for financial aid: They pay a sticker price of only about half the average price nationally. In-state or out-of-state, students at Truman State are high achievers: 29% of incoming freshmen scored 30 or higher on the ACTs, and over 40% of seniors enter graduate or professional school within six months of graduation (compared with a national average of 25%).

This small Catholic institution, located near the Los Padres National Forest, has no departments, majors or textbooks. Instead, students at Thomas Aquinas College participate in discussion-style classes that focus on the "great books." More than three-fourths of students receive need-based financial aid, and the average grant covers almost half of the sticker price.

The out-of-state sticker price for this U-Wisconsin satellite is higher than the national average, but its net cost means that students who qualify pay only about $2,000 more, on average, than the sticker price for in-state students. The university offers majors and programs in five schools, including preprofessional and dual degrees. In addition to 19 Division III athletic teams, the school offers 20 intramural sports and 23 sports clubs, including alpine ski racing, triathlon and Ping-Pong.

Among the most competitive schools in our list of 300 best values, this preeminent institution ranks second (after Princeton) among our best values in private universities and third on our combined list. Harvard's net cost—less than the average annual in-state cost of a public institution—gives students who qualify for financial aid the opportunity to attend one of the top colleges in the world at less than one-third of the sticker price. About 70% of Harvard students receive some financial aid, and 20% of families pay nothing for a Harvard degree.

President-Elect Biden wants more consumer protections and perks for the middle class and seniors.
With Private Loan Interest Rates So Low, Should You Refinance a Federal Student Loan? 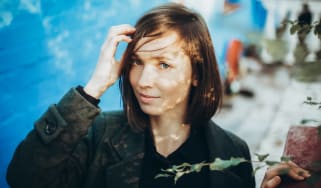 Whether to take a private student loan or refinance a federal student loan comes down to several factors, including your comfort level with the paymen…
20 Things You Need to Know About Getting Into a Military Service Academy