Robin Wilson’s divorce decimated her retirement savings. Because she had never felt comfortable with her financial advisers, she fired them, took control of her investment portfolio and began rebuilding it. She established a high-interest online bank account, found a brokerage with no trading fees, prioritized paying off credit card debt and dramatically cut back her expenses.

“Each month, I add a small amount to the high-yield savings account, and when the stock market dropped due to COVID-19, I bought on the low,” says Wilson, 50, an entrepreneur in Montclair, N.J. Her goal is a $4 million retirement fund by age 70.

When it comes to investing, too many women learn the hard way that disengaging is a mistake. Women’s retirement-savings needs differ from men’s, and sooner or later, whether from widowhood or divorce, most women will need to take charge of their own money.

Ironically, many women think they’re terrible investors, even though countless studies show just the opposite is true.

“Women have a lot of innate behaviors that make them exceptional investors, that give them an edge,” says Meredith A. Jones of Nashville, Tenn., and the author of Women of the Street: Why Female Money Managers Generate Higher Returns (and How You Can Too) (Springer, $30).

Women also control 51% of this country’s investable wealth, a number that is expected to rise to 66% by 2030. And studies have shown women are 10% less likely to sell when stocks are tumbling. Their coolheaded response is one reason that women’s portfolios outperform men’s, on average, by 12% over the course of a year, according to one study by financial management company SigFig.

Nevertheless, women are not immune to the pain of a market crash. They frequently list money as one of their top stressors, says Lorna Kapusta, Boston-based head of women investors at Fidelity, which has 13 million female investors as customers.

“We went into the pandemic, and money stress and financial stress increased more for women,” says Kapusta, though there was one silver lining: “We found for the first time that women were talking about money and finances more than men were.”

That affinity for cash savings may be traced directly to women’s low self-esteem as investors. Only 24% of women in the Fidelity survey felt comfortable with their knowledge of investing.

But it’s knowledge worth acquiring. Decisions about retirement savings shouldn’t be outsourced, and at a minimum, women need to understand enough about investing to keep tabs on the professionals or relatives who manage their money.

If you think of retirement savings as a race, women have to catch up just to be on the same starting line as men. The time women spend out of the work force as caregivers depresses their earnings and ultimately the size of the Social Security benefit they will receive once retired. Women also live, on average, five years longer than men so their retirement savings must last longer and stretch to cover unanticipated medical expenses, which can be as much as 27.5% more than men’s, according to one analysis.

As if those obstacles aren’t enough, women’s caregiving responsibilities don’t just abruptly end in retirement. Many women in their 60s may be caring for aging relatives in their 90s, expenses that also need to be factored in.

Wilson, whose divorce prompted her to take charge of her investments, grew up in a working-class, African-American household where a banking account was the most sophisticated financial instrument her family had. As the first in her immediate family to graduate from college, she didn’t learn about retirement savings or investing until she joined the work force. Even then, she was more inclined to spend her extra cash on travel or other splurges instead of invest the money. Having experienced financial setbacks, she realizes the importance of becoming debt-free and building a nest egg.

“I had to break out of the ‘it’s going to be OK’ mindset and take charge, because there is not a plan B,” she says.

Like Wilson, women should start investing by assessing their goals. Is the goal to retire to a snug bungalow near the grandkids and live a modest life? Or does traveling all over the world sound better? The answers to these questions will drive the decisions for how much to save and which investments to pursue.

The second important consideration is risk tolerance. How anxious will you be if your savings are tied up in hot new stocks and the market goes haywire?

“You want to be within parameters that let you sleep at night,” says Jones, who didn’t fret over her portfolio even during the recent market crash. “I feel so comfortable that I don’t even look at it.”

To ride out the market’s ups and downs, financial advisers recommend keeping three to six months of cash in a bank account where the money can be accessed easily for emergencies. Any cash that isn’t needed for three years or longer should be invested in a diversified mix of stocks, bonds or another high-yielding asset, experts say.

Slow and Steady Wins the Race

Although women get stressed about money, they process those emotions differently, allowing them to weather market downturns better than men.

If you react to a market drop by selling, you’re violating a basic investing tenet: Buy low, sell high. In general, women are better at seeing the long-term picture than men, who tend to get caught up in the market’s day-to-day behavior.  As investors, women tend to stick to an investing plan, Kapusta says.

Even when markets are quiet and stable, women typically outperform men because they trade less often, racking up fewer transaction fees and giving investment decisions more time to play out. One study of more than 35,000 brokerage accounts found that men traded 67% more often than women.

“That over-trading eroded profits over time, so the women performed better,” Jones says.

She attributes men’s frequent trading to overconfidence—the opposite problem of women. “If women can get a basic smidgen of confidence, they actually can end up performing better than men,” she says.

For one thing, women prefer investing in stocks and bonds they understand rather than some hot new security they don’t recognize. Their investing comfort zone often lies in the shares of companies whose products and services they know firsthand—and that’s just fine.

“You can get very far hitting singles and doubles,” Jones says. “If you understand their product because you’re a consumer, you can be more comfortable in putting your money to work.”

Just Say No to Jargon

Anyone with basic arithmetic skills can understand investing, so don’t let unfamiliar terminology or concepts put you off. There are ample online resources to help you get up to speed, and financial professionals should always take the time to explain things to you.

Don’t put up with financial jargon, Jones says. “If you have an investment adviser who’s making things opaque, that’s not a sign that investing isn’t for you, it’s a sign they’re not the best adviser for you.”

Women who meet with an investment professional alongside their husband or partner should feel included and respected in the relationship—not talked over or ignored. Better to get the relationship right now, Jones says, noting that 70% of widows fire their financial adviser when their husband dies.

“We should be at the table as part of that conversation,” Kapusta agrees, adding that one big red flag is a financial professional who talks more than the client. “You should be doing more of the talking than they are.”

These all-too-common misconceptions can steer your estate plans in the wrong direction right from the start. Here’s how to overcome them and tips to b…
Guidance on Choosing the Right Trustee (or Trustees) for Your Estate 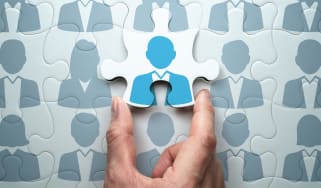 Guidance on Choosing the Right Trustee (or Trustees) for Your Estate

From a spouse or child to a bank or lawyer, you have several options to consider when selecting a trustee for your estate. To help make your decision,…