5 Funds Ready to Make Gains on a Weak Dollar

Moves in the dollar can affect your port­folio in surprising ways. These funds are poised to benefit from what's expected to be a persistent decline for U.S. currency.

Years of a strong dollar are expected to wind down, due to low interest rates that the Federal Reserve indicates will stay low for years to come. On top of that: soaring budget deficits, and increased money supply (due in part to recession-fighting efforts prompted by the coronavirus pandemic), will weigh on the dollar, too.

But a weakening dollar can be good for certain investments. U.S. investors in foreign stock funds benefit because when a foreign stock rises in price or pays a dividend in its local currency, that investment gain gets translated into dollars. Consider the performance of the MSCI EAFE index during the recent dollar decline. Over the nearly three-month period this summer when the dollar was weakening most, the index, which tracks stocks in foreign developed countries, gained 5.8% priced in local currencies. Converted into U.S. dollars, the index gained 10.9%.

And then there are commodities, whose prices tend to move inversely to the dollar. Because many are priced in dollars, a weak greenback typically means higher relative commodity prices. A lower dollar also fuels demand overseas, says Katie Nixon, chief investment officer at Northern Trust Wealth Management. “Foreign buyers purchase U.S. commodities such as corn, soybeans, wheat and oil with dollars. When the value of the dollar drops, they have more buying power.”

We've identified five funds that will let you profit from the dollar's decline. Returns and data are through October 9.

When you own shares in a foreign-stock fund, you essentially own stocks denominated in different foreign currencies. Most foreign-stock funds don’t hedge against the dollar, meaning that as the dollar weakens, their stocks become worth more in U.S. dollars. But some funds, such as FMI International (FMIJX) and Tweedy, Browne Global Value (TBGVX), make it a policy to hedge against the dollar so that their fund returns reflect the performance of their investment decisions, not currency swings.

Assuming comparable performance, however, unhedged foreign-stock funds will do better with a weakening dollar. “The currency exchange is working in your favor, so you should take advantage of it,” says Christine Benz, director of personal finance at research firm Morningstar. 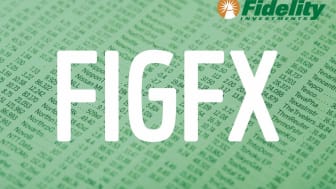 Fidelity International Growth (FIGFX, expense ratio 0.99%) has beaten the EAFE index with less volatility over time, and without a hedge. Manager Jed Weiss focuses on high-quality, growing companies that dominate their industries and can maintain or raise prices, even in troubled times. Over the past decade, the fund’s 8.7% annualized return beat 81% of its peers (funds that invest in large, growing foreign companies) and the MSCI EAFE index. Nestlé, Roche Holding and SAP, the German software company, are top holdings. 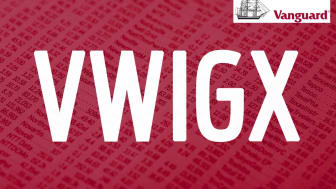 Another one of our favorite funds is Vanguard International Growth (VWIGX, 0.43%). Two firms manage the fund with slightly different approaches. Baillie Gifford, which runs roughly 60% of the fund’s assets, is willing to pay up for stocks with explosive growth. At Schroder Investment Management, the ideal stock is underappreciated but growing fast. The team-up works well. Over the past three years, the fund’s 17.1% annualized return beat all but three foreign large-cap stock funds. The annualized return of the MSCI EAFE index over that time: 0.8%. 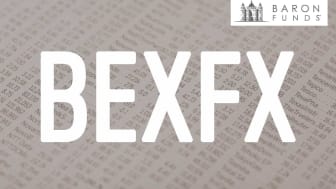 The dollar-conversion math works for investors in emerging-markets stocks, too. Over the past 12 months, those shares have blown past developed-country shares. The MSCI Emerging Markets index is up 10.5% over the past year; the EAFE, only 1.6%.

A weaker dollar is a boon to emerging economies. Emerging-markets countries are big buyers of commodities, which are usually priced in greenbacks. Such countries also tend to carry loads of debt denominated in U.S. dollars. So a weak dollar means that Thailand, for example, can spend less in baht to buy goods or to service its debt. Baron Emerging Markets (BEXFX, 1.35%) is our choice in this category. A member of the Kiplinger 25, the list of our favorite no-load funds, Baron Emerging Markets has beaten the MSCI Emerging Markets index by more than six percentage points over the past year, returning 22.2%.

Most commodities—oil, soybeans, gold—are bought and sold in dollars. A weaker dollar means it takes less foreign cash to buy a dollar’s worth of any commodity. This drives demand, pushing prices of commodities higher. Over the past six dollar-weakening periods, according to Wells Fargo Investment Institute, commodities outperformed U.S. and foreign stocks in developed countries, on average.

But over longer stretches, an investment in commodities can be volatile. Despite decent years in 2019, 2017 and 2016, the typical broad-basket commodities fund lost an annualized 2.8% over the past five years. In that time, the S&P 500 gained 13.8% annualized. Commodities can be great portfolio diversifiers, but we’d limit them to 1% to 2% of your overall investments. Since you probably don't want to worry about actually taking delivery of grain, oil, or even pork bellies, the best options for retail investors are diversified baskets of commodities such as mutual funds or exchange traded funds, ETFs. 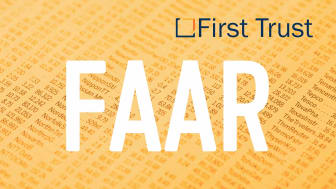 First Trust Alternative Absolute Return Strategy ETF (FAAR, $27, 0.95%), which is actively managed, has been the steadiest in its peer group over the past three years. That has helped relative performance. The ETF has a three-year annualized return that beats 76% of its peers, albeit with an annualized loss of 1.3%. Its record over the past 12 months is more encouraging: The fund is up 2.1%, while the typical broad-based commodities fund has lost 5.9%.

Alternatively, gold funds have been less volatile than broad-based commodity ETFs in recent years. Over the past 12 months, iShares Gold Trust (IAU, $18, 0.25%) has gained 27.3%, in part because of the weaker dollar. But uncertainty about the global economy and the pandemic has fueled price gains as well. The fund seeks to track the performance of the price of gold. Each share represents 0.01 ounce of gold and is backed by physical gold bullion stored in vaults.

Vanguard funds account for a third of the 100 most popular 401(k) retirement products. We rank Vanguard's best actively managed funds, including its t…
The Best T. Rowe Price Funds for 401(k) Retirement Savers