How Snowbirds Can Trim Tax Bills in Retirement

Take these nine steps to establish residency in a lower-tax state. 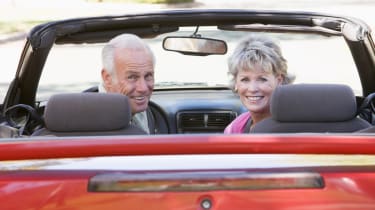 I read your column about states that don’t tax retirement income. I’m retired and plan to spend part of the year in New York and part in Florida, which has no state income tax. What do I need to do to make sure I’m considered a resident of that state?

The first step is to prove that you lived in the lower-tax state—in your case, Florida—for more time than the higher-tax state. “Keep a diary that shows where you were on every day,” says Michael Goodman, a CPA in New York City.

But establishing the number of days isn’t the only requirement, says Terry Seaton, a CPA in St. Augustine, Fla. He recommends changing your driver’s license, car and voter registration to Florida, using your Florida address on your federal income tax filings, and doing your primary banking with a Florida bank. Also, list your Florida address on all life insurance policies, brokerage accounts and other legal and financial documents. Notify Medicare, Social Security and other government agencies of your Florida address, and file a “Declaration of Domicile” form with the Clerk of the Circuit Court. Taking all of these steps isn’t a requirement, but it does help build your case if you’re audited by your former state. Similar steps can help you build your case for residency in other states.

If you want a long and fulfilling retirement, you need more than money. Here are the most valuable retirement assets to have (besides money), and how …
Drawing Down Retirement Savings in a Pandemic

Tapping the right accounts at the right time matters. Knowing how much a retiree can spend each year without running out of savings in old age is even…
What a Payroll Tax Cut Would Mean for You

If Congress can't pass another stimulus bill, President Trump says he will initiate a payroll tax cut by executive order. How much would that save you…

President Trump has issued an executive order to defer the collection of payroll taxes. How much will it save you?
Calculating Taxes on Social Security Benefits

Don’t pay more than you have to. It all starts with a thorough understanding of the basics of how retirement income is taxed.
Skip to ContentSkip to Footer