Get a Good Last-Minute Travel Deal

You can still save on end-of-summer or fall vacations. 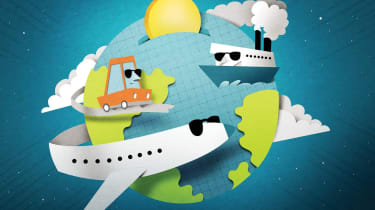 Budget-minded travelers often plan their vacations months in advance so they can find the best deals. But if you’re yearning for a last-minute summer or early fall getaway, there’s good news: Fuel prices are relatively low, and you can find good deals on airfares, as long as you know where to look. You have more options for places to stay, too.

Kiplinger expects gas prices to run about the same this summer as last—fluctuating between a national average price per gallon of $2.80 and $2.85 through the summer months and declining a bit after Labor Day. Wild cards in the forecast include a hurricane disrupting refineries on the Gulf Coast, or OPEC and Russia failing to agree to maintain their current oil production quota. To plan your trip, budget for gas and find current gas prices along your route, use AAA’s TripTik Travel Planner or the AAA Mobile app (both are free, with a couple of features available to members only).

Despite the temporary grounding of Boeing’s 737 Max planes, you can find deeply discounted airfares this summer, thanks to lower-cost jet fuel, says Tracy Stewart, content editor of airfare-deal site Airfarewatchdog.com. Stewart has seen round-trip fares from the U.S. to Barcelona as low as $280 and to China for less than $400. He doesn’t think the recent closure of Wow Air, a budget airline based in Iceland, will have much impact because many of the cities it served here and abroad have low-cost alternatives.

Don’t rely solely on the big travel sites—such as Expedia, Google Flights, Kayak and Orbitz—to get the best deal. Airlines have enhanced their websites and apps in an effort to sell directly to customers, says Brian Sumers, senior aviation business editor at Skift.com, a travel industry news site. You also risk overlooking some good fares: Southwest lists only on its own site, and United Airlines has threatened to stop doing business with Expedia Group on September 30.

To get the best fares, sign up for fare alerts, compare prices on the search sites, and then book directly through airlines’ websites. Be flexible on dates and destinations. Midweek flights can cost hundreds of dollars less than weekend flights. If you’re flying to Europe, you could save money by focusing on getting across the ocean as cheaply as possible—say, to London or Barcelona—then book a secondary flight on a budget regional carrier to your destination.

A home with frills. Though you can find good deals on international airfares, you may get the best deals on lodging by staying closer to home. Lodging prices domestically are expected to rise by 2% to 2.5% from last year, says Henry Harteveldt, a travel industry analyst with Atmosphere Research Group. Global Business Travel Association and Carson Wagonlit Travel expect lodging prices in the Asia-Pacific region to rise by 5.1% and Western Europe by 5.6%.

If you like the idea of staying in a home rather than a hotel but want more amenities than the typical home-sharing service offers, you have a new option. In April, Marriott launched Homes & Villas by Marriott International, with 2,000 premium and luxury homes in the Caribbean, Europe, Latin America and the U.S. Book through HomesandVillasbyMarriott.com. Marriott Bonvoy program members will earn points and can redeem them, too.

Contributing Editor Lisa Gerstner runs through the new variables of the 2020 open enrollment season. Also, hosts Sandy Block and David Muhlbaum talk a…
17 People You Should Tip for the Holidays

Sometimes spending a little more on quality ultimately saves you money by saving you time, improving your health or just making you happier. The trick…