For hundreds of thousands of federal workers, this is a true test of financial preparedness. 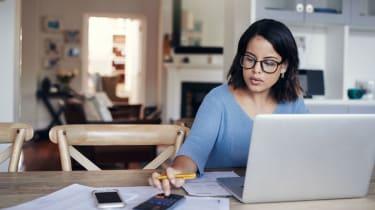 As I write this column, the longest federal government shutdown in U.S. history is entering day 28, with no clear path for a resolution. Our offices are located less than two miles from the U.S. Capitol, and I’ve gotten used to witnessing nonstop drama from across town. But when our leaders hold 800,000 federal government workers’ paychecks hostage, it feels personal—and impacts personal finances. Even if you’re not a federal employee, the shutdown has ramifications for your finances, especially your taxes. For those directly affected, it serves as a real-life test of an underpinning of financial preparedness: the emergency fund.

Friends and family. The D.C. metro area is home to 284,000 federal workers, who make up more than 8% of the area’s total labor force. Of those, an estimated 145,000 are caught in the current gridlock. Most of us at Kiplinger have friends, relatives or neighbors who are affected. I asked a few of them how they are doing.

Four weeks into the shutdown, most of them weren’t panicking. For example, Dan Helfrich, the cousin of my boss, vice president of content Sarah Stevens, is a mechanical systems engineer for NASA who has worked for the feds for 30 years. His wife is pulling in a private-sector paycheck, and he says they have enough savings to cover the mortgage and other expenses. Dan says their savings “should last quite a while, since we are cutting back on some nonessential expenses.”

The story is similar for my next-door neighbor, Bill Kaliardos, who is a safety engineer for the Federal Aviation Administration. He says he has extra cash on hand because he has been sitting on savings he had planned to invest. In the meantime, Bill, who has given his razor a furlough, has been decluttering the basement.

For Sarah Stinson, the mother of reporter Rivan Stinson, the prospects are more dire. She works as an auditor for the IRS in Detroit. Stinson says she spent her extra savings when she recently moved from Georgia to Michigan. She paid her bills in January but doesn’t know how she is going to cover rent and expenses in February. Her federal credit union is offering a small interest-free loan and she may apply for jobless benefits, but Stinson says that won’t cover most of her bills.

Meanwhile, museums are shuttered and most national park visitor centers are closed. Air traffic controllers and TSA agents are working without pay, and many reports that help investors and the Federal Reserve chart the trajectory of the economy are on hold. The fallout will ripple through the economy for a long time.

What’s the takeaway for you? Make sure you have savings in an emergency fund. And be patient as you prepare and file your taxes. Our cover story, will help you navigate the new tax rules (see How to Save on Your 2018 Taxes). Even if Washington hasn’t funded the affected agencies by the time tax season starts on January 28, the IRS announced it will bring back some (unpaid) workers to process returns and issue refunds. But don’t expect much help. IRS’s toll-free help-line numbers weren’t working during the shutdown, and its taxpayer assistance centers were closed, too.

If you’ve been getting fat tax refunds, consider adjusting your withholding so you’re not giving Uncle Sam an interest-free loan. That way you won’t sweat your refund next year.

John Bogle’s legacy. The founder of Vanguard and father of the low-cost index fund died on January 16. Bogle was a cult figure among DIY investors. Vanguard is home to 24% of total net assets in U.S. mutual funds and ETFs, and as we report in our mutual fund update, Bogle’s war on investing costs has led some fund companies to reduce their fees to zero.

Tax breaks aren't just for the rich. There are plenty of them that are only available to middle- and low-income Americans.
Find the Best Money Market for You
money market accounts