Happy birthday to us! We’ve got plenty of trustworthy, valuable advice for the future, too. 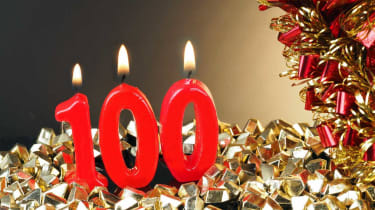 Every January, we gaze into our crystal ball and try to predict what’s ahead for your money in the coming year. In Where to Invest, 2020, executive editor Anne Smith tackles the markets and your investments. And in Your 2020 Financial Calendar, contributing editor Lisa Gerstner has compiled a month-by-month financial to-do list designed to improve your bottom line. We make a nod toward the new decade, too, with a roundup of the 10 best-performing stocks in Standard & Poor’s 500-stock index over the past 10 years, as well as a list of 10 promising stocks for the coming 10 years.

Celebrating our roots. The year 2020 is also a significant anniversary for the Kiplinger Washington Editors: our centennial. One hundred years is a long time for a media company to survive, especially in an era when publishers are trying to reinvent themselves to rely less on advertising, and print is an en­dangered species.

In 1920, the U.S. economy was entering a nearly decade-long boom, powered by rapid growth in industry and technology, the mass production of consumer goods (including the Model T automobile), and access to easy credit.

Willard M. Kiplinger formed the Kiplinger Washington Agency that year, with the mission to provide information about government and the economy to business clients. “Kip,” who had covered the U.S. Treasury for the Associated Press during World War I, also began sending his clients occasional bulletins with judgments and forecasts on a variety of Washington topics. In 1923, these letters morphed into the weekly Kiplinger Washington Letter.

As Kip’s son Austin Kiplinger wrote in his 2011 memoir, “A new style of journalism and publishing was born: straight to the point, no frills, unvarnished, written the way people talked.” Other publications followed: the Tax Letter in 1925, the Agriculture Letter in 1929 and, much later, state letters and even a short-lived Europe-based letter.

After World War II, Kiplinger introduced another innovative publication: a magazine that would counsel readers on how to deal with financial issues in their personal lives, with the same no-frills, to-the-point writing style. It would also routinely employ the pronoun “you,” leading to the birth of second-person journalism. Cost of an annual subscription: $6, or the equivalent of $77 in today’s dollars.

The Kiplinger Magazine soon changed its name to Changing Times. (That is what the magazine was called when I joined the staff fresh out of college four decades ago.) The magazine accepted advertising for the first time in 1981, then changed its name again in 1991, to Kiplinger’s Personal Finance.

Today, the newsletter and tax letter are still going strong, and we have added Kiplinger’s Retirement Report and Investing for Income to the stable of publications—as well as our website, Kiplinger.com, and a weekly podcast.

We entered a new chapter in Feb­ruary 2019. After 99 years of family ownership, Kip’s grandson, Knight Kiplinger, sold the business to Dennis Publishing, a British media company. Dennis has its own rich history. It was founded in 1973 by Felix Dennis, a colorful personality who was friends with John Lennon and had a knack for creating popular, successful magazines. (Felix died five years ago.)

Dennis is expanding and intro­ducing innovations across its brands. The company is investing in Kiplinger and supporting all our publications, including our print magazine. That means we will continue to provide the same trustworthy, valuable advice we’ve been delivering for 100 years.