When to Take Your First Required Minimum Distribution From an IRA

You may be able to postpone taking your first required distribution from an IRA until the following year, but that can trigger a bigger tax bill. 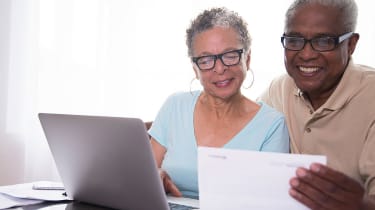 Answer: It depends on whether your birthday falls before or after July 1. It also depends on whether you want to use your option to delay taking your first withdrawal. You generally have to start required minimum distributions from your traditional IRAs in the year you turn 70½. If you were born between January 1 and June 30, 1947, then you need to take your RMD by December 31, 2017 (but for your first RMD, you can wait until April 1, 2018). The same timing applies to RMDs from 401(k)s, although you can delay taking RMDs from your current employer’s 401(k) if you’re still working at age 70½, unless you own 5% or more of the company.

The April 1 extension applies only to your first RMD after age 70½. You’ll need to take all subsequent RMDs by December 31 each year—including your second RMD. So if you turned 70 in the first half of 2017, you can wait until April 1, 2018, to take the first withdrawal. But you’ll also need to take your second withdrawal—for age 71—by December 31, 2018. In other words, you will end up taking two RMDs in a single year.

And if taking two RMDs in one year increases your adjusted gross income plus tax-exempt interest income to more than $85,000 if you’re single or $170,000 if you’re married filing jointly, then you’ll have to pay extra for Medicare Part B and Part D (see 9 Things You Must Know About Medicare’s High Income Surcharges for more information). “You definitely don’t want to be a handful of dollars above that threshold,” says Young.

It can be worthwhile to take advantage of the April 1 extension, however, if your taxable income is already higher this year than it will be next year. That can occur if you win the lottery (which happened to one of Young’s clients), or if you received a bonus or buyout from work or some other windfall.

One way to avoid boosting your adjusted gross income is to give your RMD from your IRA to charity. People who are 70½ or older can transfer up to $100,000 tax-free from their traditional IRA to charity each year, which counts as their RMD but isn’t included in their adjusted gross income. (This is not an option for 401(k) plans.) You have to wait until the day you turn 70½ or later to make this “qualified charitable distribution,” and you must do so by December 31 (you can’t wait until April 1 of the following year). For more information about qualified charitable distributions, see The Advantages of a Tax-Free Transfer From an IRA to Charity.

For more information about RMDs, see 10 Things Boomers Must Know About RMDs From IRAs.